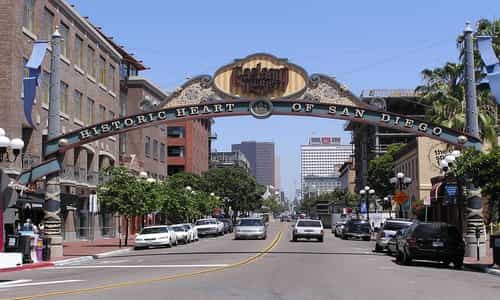 By Brianna Acuesta/TrueActivist.com March 08, 2017
Share this article:
General Electric, in conjunction with AT&T and Intel Corp, is set to install cameras, microphones, and sensors on 3,200 streetlights in San Diego this year, beginning in July.
The installations are part of a new "smart city" scheme that aims to monitor traffic and crime.
With this news has also come many questioning whether this is an overreach into personal privacy, which is something that wasn't properly investigated prior to approving this plan.

Jen Lebron of the mayor's office said, "it's anonymous data with no personal identifiers," since apparently the video quality will be low enough to avoid individual identification.
However, this seems somewhat contradictory to what the new technology is meant for, which is, according to GE and the city, "to locate gunshots, estimate crowd sizes, check vehicle speeds and other tasks."
This begs the question, how can the technology properly monitor crime if it the cameras don't record detailed video?
While the new additions might not be infringing on personal privacy, it will certainly collect data that, as a whole, people may be opposed to being a part of.
Especially because the city stated that it intends to make the data available to businesses.
"San Diego is a very early adopter. While it's a smallish deal in dollars it's the biggest deal of this kind yet," said Maryrose Sylvester, chief executive officer of GE Current.

Everyone seems to be in agreement of the fact that this deal is revolutionary and that San Diego will be one of the first cities to test the "internet of things" technology that GE Current already provides for private buildings.
One added benefit is that the information could be made available to developers who are interested in creating apps.
Apps that show the safest way to walk home or locate available parking spaces could be a result of this new technology.
Data from the new nodes will be available as early as this fall, and the technology was wrapped into a $30 million deal that San Diego struck with GE for a light upgrade that will save the city an estimated $2.4 million every year.
Originally published at TrueActivist.com - reposted with permission.