Can We Know When Jesus Will Return? 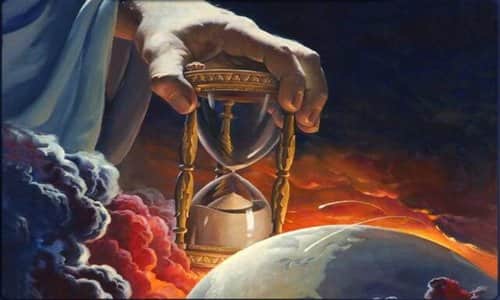 But if you read the rest of Paul's letter to the Thessalonians, you'll see he said something else as well. Paul said those of us who live in the light will not be surprised.
While Jesus will come like a thief in the night when least expected, those who know God's Word will not be surprised.
Here's the full context of that passage (emphasis mine):
"But you aren't in the dark about these things, dear brothers and sisters, and you won't be surprised when the day of the Lord comes like a thief. For you are all children of the light and of the day; we don't belong to darkness and night. So be on your guard, not asleep like the others. Stay alert and be clearheaded. Night is the time when people sleep and drinkers get drunk. But let us who live in the light be clearheaded, protected by the armor of faith and love, and wearing as our helmet the confidence of our salvation." 1 Thessalonians 5:4-8 (NLT)
How can this be? If Jesus comes unexpectedly like a thief in the night, how is it Christians are not surprised? It's because we know to expect Jesus at any moment, and we obey His command to be alert and ready at all times.
We also know the Second Coming of Jesus Christ to establish His Millennial Kingdom comes with many signs.
Why Would God Mention Signs?
If we can't know anything about the timing of the Second Coming, then why did Jesus tell us to look for signs? When His disciples asked Him to describe the signs of His return, He told them. He didn't rebuke them. He didn't tell them to forget about such things.
Instead, He described the signs. Why would Jesus say to look for signs if they don't exist? Why would He mention them if we can't know when He's coming?
The answer is clear. We can know the general time frame of His return. We can't know the day or the hour, but we can know the season. Numerous signs precede the Second Coming.
Jesus and the prophets told us what those signs are. And Jesus said when you see them, you'll know He's near - right at the door (Matthew 24:33). We see those signs today. So we can know with certainty Jesus is coming soon.
A Command to Watch
Jesus also commanded us to "Watch!" (Matthew 25:13). This begs the question. Watch for what? Over and over again, Jesus says, "Watch! Don't let me find you asleep when I come back without warning" (Mark 13:35-37). This is a clear command.
But what does it mean? Jesus is telling us to be spiritually alert. If we live a life of faithful service to Him, the day of His return won't catch us like a trap. Jesus says a faithful servant lives life expecting His return at any moment (Luke 12:35-38).
But Jesus is also telling us to watch for signs of the Second Coming. After all, if there are no signs, what are we supposed to "watching" for?
Again, it's clear. Signs will precede the Second Coming. And Jesus expects us to recognize those signs. If He didn't, why would He command us to watch? He wouldn't, because we would have nothing to look for.
We're supposed to be watching for the signs. And Jesus says those who are ready and waiting when He returns will be rewarded (Luke 12:37).
Recognizing the Signs
In reference to His first coming, Jesus told the Pharisees, "You can recognize the signs in the sky and know what type of weather is coming, yet you don't know how to recognize the signs of the times" (Matthew 16:3).
The prophets had written extensively about the coming of the Messiah. The Pharisees knew when the Messiah was supposed to come. They knew the Messiah would perform many miracles.
Jesus fulfilled these prophecies right before their eyes. Yet the Pharisees still didn't recognize who He was. Just as He did with the Pharisees, Jesus expects us to recognize the signs of His Second Coming.
He told us what signs to look for. And the same prophets who wrote about His First Coming also wrote about His Second Coming. Like the Pharisees, we're expected to recognize "the signs of the times." Those signs tell us the Second Coming is drawing near.
Conclusion
While we can't know the day or the hour of His return, we can know the general season. The Bible tells us what signs to look for. And Jesus Himself said when you see all these signs come together, you know His return is near (Luke 21:28).
Today, we see those signs. Israel is once again a nation (Isaiah 11:11-12). The Jewish people are back in Jerusalem (Luke 21:24). And the Gospel is being spread to the ends of the earth (Matthew 24:14).
These and other signs are out in the open for everyone to see. You can't miss them. For 1,800+ years of Christianity, these signs didn't exist. Today, they do.
God said He will hold us accountable for letting others know about the signs (Ezekiel 33:1-6). We're expected to point out these signs to others. We're expected to tell others Jesus is returning soon.
If the world ignores us, so be it. But if anyone tells you we can't know the timing of His return, tell them what the Bible says.
The truth is we can know the general season of His return. And given all the signs we see today, we can be certain we're living in it. The time is near. Jesus is coming soon!
Britt Gillette is author of the ebook Coming to Jesus: One Man's Search for Truth and Life Purpose as well as Signs of the Second Coming: 11 Reasons Jesus Will Return in Our Lifetime.