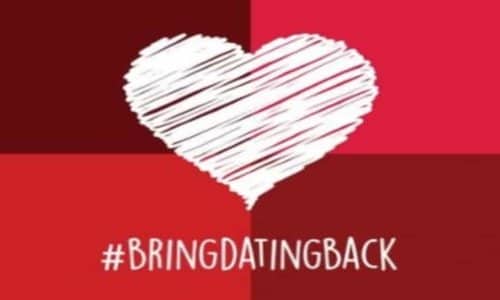 By John Stonestreet/Breakpoint.org February 17, 2016
Share this article:
For years BreakPoint has reported about the vile sex week events that occur annually on college campuses. These noxious events include lectures by fringe so-called experts advocating all manner of indecency and graphic public displays meant to normalize deviancy.

But in 2007, a small group of students at Princeton University grew tired of this one-sided, dangerous approach to intimate relationships. So they formed a group called the Anscombe Society to counter the sexual craziness with sound social science and well-reasoned arguments, and to advocate for natural marriage and chastity.
The New York Times found this group so amusing that it ran a feature on these quaint students with their antiquated ideas. The impact, though, was overwhelming, and not how you might think. Students at other colleges took note, liked what they saw, and wanted help forming their own groups. Thus was born the Love & Fidelity Network.
Now in its eighth year, the Love & Fidelity network has chapters at 36 colleges and universities. Theyre changing the debate on campus by bringing world-class academics to speak about the harms of the hookup culture and give the truth about marriage and chastity. As you might imagine, this has earned them a lot of enemies. But one of their programs has earned almost universal praise.
Last year for their annual Valentines Day outreach, the Love & Fidelity crowd developed a new campaign called #BringDatingBack. Through a series of posters, they peppered the campus with dating tips. And this years campaign follows a similar simple formula. One poster reads: This Valentines Day, #BringDatingBack. Its not that complicated. There are three variations on this message, telling students that dating isnt that "old-fashioned," "scary," or "awkward."
Now, if youre from my generation, this elicits a big "huh?" And you might even think that the dating scene can be rife with problems of its own. It can. But this is a step in the right direction.
As I reported on BreakPoint last fall, there is no real dating scene for young adults anymore. And especially not on college campuses. Even worse, friendship and trust are suffering too. Why? The hook-up culture has killed it. Its made many unable to emotionally connect.  To share a cup of coffee across the table from another makes many students feel vulnerable. Its too uncomfortable. And so they hook up instead.

Caitlin La Ruffa, executive director of the Love & Fidelity Network, attributes the death of dating culture to a combination of factors, especially the fallout from the Sexual Revolution. The severing of sex from procreation and marriage in the 60s and 70s has morphed into today's scene, where many students pursue sex apart from any relationship at all. Many report now not even enjoying it, but they participate because they think they have to.
All of this reminds me of the senior devil in the C.S. Lewis novel, "The Screwtape Letters." Screwtape hated pleasure, since it was an invention of the Enemy, meaning God. The tempter devils job, he explained, was to get humans to mindlessly indulge in pleasurable activities to the point where they became bland. The goal was to numb them to the real reward of knowing the Source of pleasure itself.
La Ruffa believes that the #BringDatingBack campaign hits a nerve because no matter their philosophical or religious beliefs, many students are simply tired of the emptiness that the hookup culture brings.
The positive response to the #BringDatingBack campaign should encourage us all. Buried deep under the accumulated cultural lies are signs that even the most devoted hedonistscollege studentsare looking for something more out of life and relationships. Thankfully, students at 36 colleges this year will be shown theres another way.
Copyright 2016 by the Colson Center for Christian Worldview. Originally published at www.BreakPoint.org. Reposted with permission.