Women And The Draft: The Consequences Of An Ugly Ideology 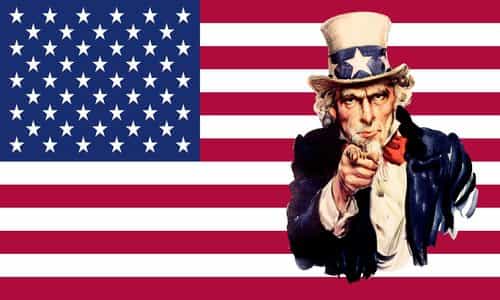 By Eric Metaxas/Breakpoint.org February 18, 2016
Share this article:
Earlier this month, a group of Marine Corps and Army generals dropped a bombshell on an unsuspecting Senate committee. In doing so, they opened a can of worms that our society desperately wants to keep closed: the one containing the real-world consequences of denying the innate differences between men and women.

General Robert Neller, the Commandant of the Marine Corps, in response to a question from Missouri Senator Clair McCaskill told the Senate Armed Services Committee, I think that all eligible and qualified men and women should register for the draft.
Nellers position was seconded by General Mark Milley, the Army Chief of Staff.
While their responses delighted McCaskill, it put the current secretaries of the Navy and Army in an awkward position. While the Obama administration has pushed for the full integration of women into combat roles, it has not come out in favor of requiring women to register for the draft when they turn eighteen.
The problem is that in opening up combat roles for women, the Obama administration has removed the only legal justification for treating men and women differently when it comes to the draft.
In 1981, the Supreme Court upheld this differential treatment on the grounds that the purpose of registration was to prepare for a draft of combat troops. Since women were excluded from combat, they could be excluded from registration. Doing away with the exclusion from combat logically leads to taking away any exclusion from the draft.
Andrew Walker of the Southern Baptist Conventions Ethics and Religious Liberty Commission is absolutely correct when he wrote that the proposal to make women register for the draft isnt just a military proposal; "it's about an entire worldview built on the bankrupt ideology of egalitarianism."

This ideology denies that there are any meaningful differences between men and women, and that all legal and cultural distinctions are impermissible discrimination against women, even when women are the beneficiaries of these distinctions.
This ideology has led to what Walker has called our culture's "weakened understanding of masculinity that makes male obligation optional if women are willing to do the duty of men." This weakened understanding is reflected in public opinion polls showing that strong majorities favor allowing women in combat units.
Its against this cultural setting, and the tectonic shift it represents, that we must see this proposal. A society that is increasingly reluctant to make men fulfill their obligations as husbands and fathers is, not surprisingly, increasingly reluctant to make them fulfill their obligation to protect those in need of protection.
Let me be clear: I'm not against requiring young people to perform public service, whether in the military or in some other capacity. And I wouldn't dare imply that women aren't as tough or as capable as men. As a happily married man and the father of a talented daughter, I can tell you that if anything, the opposite is true.
But subjecting women to the military draft ignores the way God created us, male and female. As Walker says, "God didn't make us automatons. He didn't make us asexual monads. He made us gendered, embodied, and different. The differences extend to all levels of our beingour emotional, physical, and psychological selves. The Christian tradition finds these differences beautiful; and we embrace them with glad acceptance."
And because we Christians embrace these beautiful differences, we should vigorously oppose drafting women into the military. It's a bad idea - one that would sacrifice our daughters on the altar of an ugly ideology.
Copyright 2016 by the Colson Center for Christian Worldview. Originally published at www.breakpoint.org Reprinted with permission.