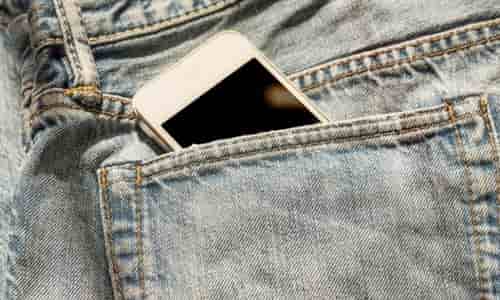 By Michael Snyder - End Of The American Dream Blog February 24, 2016
Share this article:
Is your cell phone keeping you from having kids and slowly killing you at the same time? Most people have no idea that one of the greatest threats to their health may be something that they are willingly carrying around with them all day long.

A brand new study has just come out that shows that men that carry around cell phones in their pockets continually are much less fertile than other men. Of course we have known that cell phone use has some very nasty consequences for our health for a very long time.
As you will see below, studies have shown that there is a very clear link between cell phone use and cancer. But even after learning all of these things, most people just continue to use their cell phones normally. Most people believe what they want to believe, and most people dont want to believe that cell phone use is harmful.
One of the most respected news sources in the UK has reported on the new study that I just mentioned above. The following is an excerpt from that article...
The study  by highly respected specialists  found that sperm levels of men who kept their phones in their pocket during the day were seriously affected in 47 percent of cases compare to just 11 percent in the general population.
Professor Martha Dirnfeld, of the Technion University in Haifa, said: We analysed the amount of active swimming sperm and the quality and found that it had been reduced.
"We think this is being caused by a heating of the sperm from the phone and by electromagnetic activity."
It doesn't take a genius to figure this out.
If you put an electronic device next to your reproductive organs day after day, of course it is going to have an effect.
Other studies that were conducted previously have come up with similar results. Here is just one example:
Men who carry a cellphone in their pants pocket may harm their sperm and reduce their chances of having children, a new review warns.
The research team analyzed the findings of 10 studies that examined how cellphone exposure may affect male fertility. Among men with no exposure to cellphones, 50 percent to 85 percent of their sperm had a normal ability to move towards an egg.
That fell by an average of 8 percent among men exposed to cellphones. Similar effects were seen for sperm viability, which refers to the proportion of sperm that were alive, according to the study published June 9 in the journal Environment International.
So what should we do?
Well, if you want to have kids you might want to quit carrying around your phone in your pocket.
Professor Gedis Grudzinskas, a fertility consult ant St Georges Hospital London and in Harley Street said:  Men need to think about their well being and try to stop being addicted to their phones.
"If you wear a suit to work put the mobile in your chest pocket instead of close to your testes. It will reduce the risk of your sperm count dropping or dropping so much."
In addition to cooking our reproductive organs, cell phones have also been linked to cancer by many studies.
One study that was headed up by Igor Yakymenko caused quite a stir when it was released in 2015...
Yakymenkos meta-study basically a study of hundreds of other studies reveals many findings of previous researchers into how radio frequency from your phone can damage DNA.
That damage can add up over time and cause a variety of health problems, like cancer, headaches, fatigue and even skin problems.
For example, using your phone for just 20 minutes a day for five years increased the risk of one type of brain tumor threefold, and using the phone an hour a day for four years upped the risk of some tumors three to five times, Yakymenko said.

And of course other previous studies had found similar things. The following comes from Natural News...
In 2011, the International Agency for Research on Cancer officially classified RFR as a "possible carcinogen." This came a year after the international Interphone study found that people who used a cell phone for ten years were 40 percent more likely to develop brain tumors.
The risk was 400 percent higher among those who started using phones before the age of 20. Decade-long cell phone users were also more likely to develop parotid gland tumors and 300 percent more likely to develop acoustic nerve tumors.
Cancer rates are absolutely exploding in the western world, and more than $100,000,000,000 is spent on cancer drugs each year.
Cell phones certainly are not entirely to blame for this explosion of cancer.  The truth is that we are systematically being poisoned by our food, our water, our vaccines and our air.  Electromagnetic radiation is all around us, and our environment is becoming more toxic by the day.
If you are an American, there is a 1 in 3 chance that you will get cancer during your lifetime.  If you are a man, the odds are closer to 1 in 2.
But back in the 1940's, only one out of every 16 Americans developed cancer.
In the 1970's, it was one out of every ten Americans.
So what has changed?
Almost all of us know someone that is battling cancer right now, and this epidemic is getting worse with each passing year.  It is a silent plague that is slowly crippling our nation, and the medical industry is making a killing off of our pain and misery.
Because our environment has become so incredibly toxic, there are no easy solutions to this crisis.
But one thing that we can all do is to stop carrying around cell phones in our pockets all day long.
That is a start at least.
Sadly, most people will not even make this one small change.
Like I said earlier, most people believe what they want to believe, and most people want to believe that their cell phones are not doing any significant harm to them.