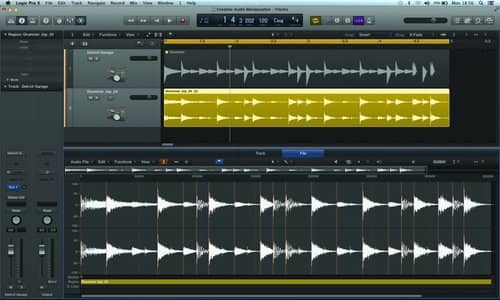 By John Stonestreet/Breakpoint.org August 31, 2017
Share this article:
Most of us are familiar with Photoshop, a program that enables users to edit photographs in such a way that the average person cannot tell what the camera originally captured as opposed to the digitally-created lie that results from our editing.
Image editing is so common these days, from air brushing to full-on altering, that the old adage "a picture is worth a thousand words," is no longer as true as it once was.
And it's not just still images, of course. Through video editing, we can be made to believe in amazing trick shots with basketballs and Frisbees that--spoiler alert--never happened.
Now, as the public radio podcast RadioLab recently told listeners, new technologies promise--or, "threaten" may be a better word--to do for the spoken word what's been done to the image.

The technologies vary, but the results are that with various degrees of success, a person can appear to say almost anything. Some of these technologies can even use existing sound clips to create entirely new statements and speeches that were never given.
Some of these technologies are so convincing that they're prompting the adoption of digital "watermarks" that will enable listeners to tell whether what they heard was real or fake.
The most ambitious of these technologies don't stop at audio: their goal is to literally put their words into someone's else's mouth, using video editing to project non-verbal cues, such as facial expressions, onto other people's faces.
Watch an example here:
So, a company in China hoping to use Jennifer Anniston to promote their product, could use this technology to make it appear as if she's speaking Mandarin, even though she can't.
In our age of "fake news," one can quickly imagine the potential geo-political and cultural chaos that this technology could quickly create if the wrong words were put in the wrong mouths.

Even in light of this danger, I was struck by the tone of this RadioLab podcast, especially when the reporter asked the creators of this technology if they felt "no responsibility as to how people might use this? Especially in a day of fake news?"
What struck me wasn't his concern. That's justified. But the failure to put other technological advances, and their creators, under the same sort of scrutiny. When RadioLab reported a few months ago on the gene-editing technology known as CRSPR, they weren't freaked out at all.
Instead, they acknowledged the potential for abuse while at the same time downplaying the problem. The message seemed to be "it makes us cringe at first, but that ship has already sailed."
They told the audience "things are happening very fast," and talked about potential cures. And, by "potential" they meant the results of lab mice with muscular dystrophy who weren't exactly cured but at least seemed to get stronger.
Not once in the entire podcast was a gene-editing scientist asked if they felt responsibility for the potential abuse of what the former Director of National Intelligence once called a possible "weapon of mass destruction."
The selective worry between these two broadcasts was remarkable to me. As it turns out, what we worry about says a lot about our worldview.

A technology that threatens the media's control of the cultural stories warrants handwringing. A technology that strikes at the sanctity of humanity merits an "Oh well, you know, progress..."
In Matthew 23, Jesus called his opponents "blind guides" because they "strain out a gnat but swallow a camel." In other words, they were concerned about lesser matters but disregarded the weightier ones.
That pretty much sums it up. People have conniptions about transient or even trivial matters but gloss over and even embrace real threats to human life and flourishing.
All of which goes to show that there's no substitute for discernment, and there's no discernment without a proper worldview. Without it, we'll be swallowing some pretty nasty stuff.
Originally published at Breakpoint.org - reposted with permission.