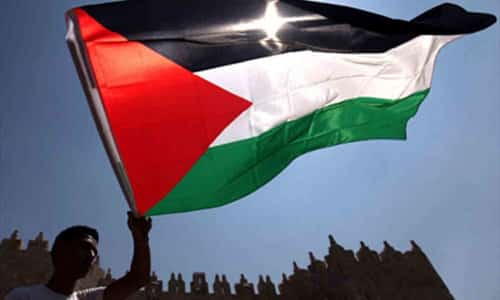 By Ruthie Blum/Algemeiner.com March 01, 2016
Share this article:
Findings of a Gallup poll released on Monday revealed that though most Americans are more sympathetic to Israel than to the Palestinian Authority, a majority also favors the establishment of an independent Palestinian state.

The survey further indicated that Republicans are more likely to be disposed favorably to Israel than Democrats.
The poll, conducted by phone at the beginning of February, among a random sample of 1,021 adults (18 and older) across the United States, also showed that Americans views about the Israeli-Palestinian conflict have remained steady over the past year, with 62 percent saying their sympathies lie more with the Israelis, as opposed to 15% favoring the Palestinians.
According to Gallup, these findings are consistent with patterns in the US spanning the last 15 years, with "dips and spikes," depending on current events. For example, sympathy for Israel increased in 2006 to 59%, from 52% the year before, in a poll conducted in the aftermath of the 2006 Palestinian elections, which gave the terrorist organization, Hamas, a parliamentary landslide, enabling it to take control of the Gaza Strip.

Since then, Gallup has found support for Israel among Americans remaining at 58% or higher, with both Republican and Democratic support for Israel increasing over the past decade, but with the former growing by a larger margin.
Gallup concluded that, given these findings, "It is intriguing that more Americans continue to favor than oppose the creation of a Palestinian state. The finding suggests that despite the lack of US diplomatic activity on this issue in recent years, it is still something Americans would generally welcome should the next president be willing to work toward it."
Reposted with permission from Algemeiner