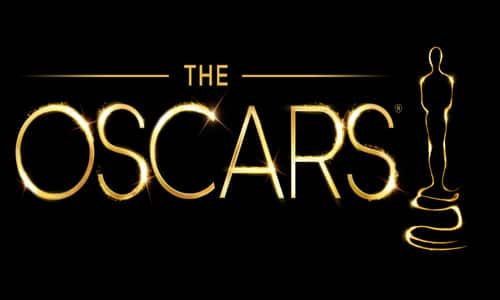 By Eric Metaxas/Breakpoint.org March 02, 2016
Share this article:
There are few movies as beloved as Gene Kellys classic musical, "Singing in the Rain." Its a story about Hollywoods awkward transition from silent pictures toas they called them in the 1920s - "Talkies." During one scene in which the characters watch their first "talkie," a mogul of the old-school silent film industry scoffs, "Itll never catch on."

Well, its clear that film as we know it has not only "caught on," but as Sundays Academy Awards remind us, its become probably the most visible expression of culture. But the Oscars reveal another transition taking place in Hollywood.
At first glance, this year's nominees look like very different movies. One takes place on Mars, another in the American wilderness, and another in a nightmarish, dystopian future. But on closer inspection, writer and producer Bryan Coley says the nominees all have one thing in common: Theyre about survival.
Bryan, who's the Founder and Chief Creative Director of "Art Within," calls movies the "cultural texts" of our time. John Stonestreet spoke with him on our latest episode of "BreakPoint This Week," and got his take on this years Oscar nominees.
He explained that survival is a theme Hollywood has wrestled with for almost fifteen years. Since 9/11, Americans have been subconsciously frightened. And this year's nominees for Best Picture reflect that same fear.
In "Mad Max," "The Martian," "The Revenant," and "Room," characters fight for their lives against forces outside of their control. In nominees like "Brooklyn," "Spotlight," and "The Big Short," characters also struggle to survive, albeit figuratively.
What's different about this year's nominees is the answer they offer. For years, our culture has focused on superheroes who swoop in to trounce the bad guys and save the day.
But moviegoers aren't looking to the skies anymore. Instead, we're looking amongst ourselves for ordinary saviors. And in this year's batch of Oscar hopefuls, survival depends not on our heroes' ability to leap tall buildings in a single bound, but on their grit, their scientific knowledge, and their moral fiber.
Take "The Martian," for example. When Matt Damons character, finds himself stranded on the red planet, he relies on his own ingenuity and determination to survive. And rather than the big wigs at NASA saving him, its his own crewin an act of mutinywho return to Mars and rescue him.

This theme of ordinary people banding together against corrupt institutions runs all through the years top filmsnot to mention politics. For American culture, explains Bryan, "us and them," has been replaced by "we."
He points to the "we-centric" way the millennial generation lives, [sharing] each other's cars with Uber... each other's bedrooms with Air BNB... each other's experience with Periscope, and... each other's statuses with Facebook."
And this new reality has got to affect the way we Christians engage our cultureat least if we hope to be heard. In Johns interview on "BreakPoint This Week," Bryan offered some practical suggestions on how to do that without compromising our message.
First, we've got to humble ourselves. Instead of acting like superheroes come to save the day, we need to recognize that we need saving, too! And when we point people to Christ, its got to be Christ manifested in our lives, not just to an abstract idea.
And we must embrace the power of storiesor as Bryan Coley calls them, "moving pictures." This isn't new. When Jesus wanted to communicate eternal truths to his culture, he didn't use doctrinal treatises, but "moving pictures,"  so to speakof His own.
Reposted with permission from Breakpoint.org