The Growing Jewish Divide On Israel 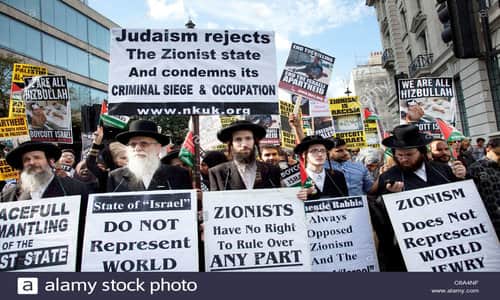 By Steve Kramer/Algemeiner.com October 10, 2017
Share this article:
The divisions between Jews in Israel and the US are wide and far-ranging.
In Israel, there are four basic groups: secular, traditional, religious and haredi (ultra-Orthodox). In the US, the groups consist of the Reconstructionist/Reform/Conservative bloc, the Orthodox and the ultra-Orthodox.
The latter two are growing in adherents, while the former are combining congregations, closing synagogues, and generally failing to produce the requisite number of Jewish youngsters necessary to continue, let alone grow, the community.

The split among American Jews is also increasingly evident in the political realm. Most Jews are, by nature, liberal -- and for many, "liberal" has become associated only with the Democratic Party. It seems to have been forgotten that one could also be a liberal Republican.
More importantly, the division between supporters of the two parties has become an impenetrable wall -- with no meeting of the minds possible on most issues. Sadly, support for Israel is becoming one of them.
For as long as I can remember, Jews have overwhelmingly been associated with the Democratic Party, at a ratio of about 3:1. Yet, increasingly, many Democrats are drifting away from Israel.
Following Hillary Clinton's failed presidential campaign, Senator Bernie Sanders has become a key leader of the Democratic Party. Though Jewish, Sanders likes to talk about his "Polish" ancestors. Unfortunately, or perhaps typically, he has little regard for the Jewish homeland.
In his interview at Intercept.com on September 22, Sanders revealed his true feelings on Israel: "Certainly the United States is complicit [in the Israeli 'occupation' of 'Palestinian' land], but it's not to say... that Israel is the only party at fault."
Though nearly the whole world backs the Palestinian Arabs, with the US being one of the few countries to back Israel, Sanders said, "In terms of Israeli-Palestinian relations, the United States has got to play a much more even-handed role."

Sanders also said that there was "extraordinary potential for the United States to help the Palestinian people rebuild Gaza and other areas. At the same time, demand that Israel, in their own interests in a way, work with other countries on environmental issues."
The senator ignored the fact that much money donated to Gaza goes to making and buying arms, and building tunnels to terrorize Israel. Regarding environmental issues, the tiny country of Israel has only a negligible impact on pollution.
Israel is, however, a global leader in irrigation, desalination, water purification, automated driving (which will reduce car ownership dramatically), solar field arrays, and other environmental technology.
A September 25 editorial in the Jerusalem Post was entitled, "The popularity of US Senator Bernie Sanders signals an ominous change in American public opinion." As mentioned above, while the majority of Jews vote Democratic, the Democrats' support for Israel has traditionally been lower than that of Republicans -- and the gap continues to grow.
The current gap between the two parties on Israel is now the widest that it's been since 1978, when the Pew Research Center first began polling Jews on this subject.

The article said that, according to Pew, "In the dispute between Israel and the Palestinians, 74% of Republicans said they sympathized more with Israel, compared to 33% of Democrats. Conversely, 31 % of Democrats said they sympathized more with the Palestinians, while just 17% of Republicans said they did."
Pew also said that the level of Democratic support for the Palestinians has reached a high point in this century. "Among liberal Democrats, support for Palestinians surpasses support for Israel, according to a 2016 Pew survey."
The Jerusalem Post editorial board is worried by this situation, not just for Israelis but also because they believe this could signal the abandonment of traditional American values within the increasingly-dominant progressive wing of the Democratic Party.
Divisions among groups of people are to be expected, but Judaism cannot afford to have a wide divide among its adherents. Perhaps this split will result in many thoroughly assimilated Jews giving up their tenuous Jewish identification.
If that is the case, it appears that the liberal stream of Judaism will lose further ground to those who stand by a more literal interpretation of Judaism's holy texts.
Originally published at Algemeiner.com - reposted with permission.