First They Came For The IPhones... 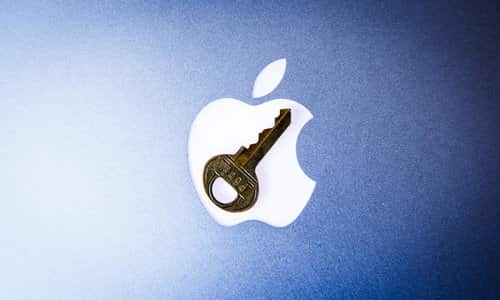 By Ron Paul/RonPaulInstitute.org  March 03, 2016
Share this article:
The FBI tells us that its demand for a back door into the iPhone is all about fighting terrorism, and that it is essential to break in just this one time to find out more about the San Bernardino attack last December.

But the truth is they had long sought a way to break Apples iPhone encryption and, like 9/11 and the PATRTIOT Act, a mass murder provided just the pretext needed.
After all, they say, if we are going to be protected from terrorism we have to give up a little of our privacy and liberty. Never mind that government spying on us has not prevented one terrorist attack.
Apple has so far stood up to a federal governments demand that it force its employees to write a computer program to break into its own product. No doubt Apple CEO Tim Cook understands the damage it would do to his company for the world to know that the US government has a key to supposedly secure iPhones.
But the principles at stake are even higher. We have a fundamental right to privacy. We have a fundamental right to go about our daily life without the threat of government surveillance of our activities. We are not East Germany.

Let's not forget that this new, more secure iPhone was developed partly in response to Ed Snowdens revelations that the federal government was illegally spying on us. The federal government was caught breaking the law but instead of ending its illegal spying is demanding that private companies make it easier for it to continue.
Last week we also learned that Congress is planning to join the fight against Apple  and us. Members are rushing to set up yet another governmental commission to study how our privacy can be violated for false promises of security.
Of course they won't put it that way, but we can be sure that will be the result. Some in Congress are seeking to pass legislation regulating how companies can or cannot encrypt their products. This will suppress the development of new technology and will have a chilling effect on our right to be protected from an intrusive government.
Any legislation Congress writes limiting encryption will likely be unconstitutional, but unfortunately Congress seldom heeds the Constitution anyway.
When FBI Director James Comey demanded a back door into the San Bernardino shooter's iPhone, he promised that it was only for this one, extraordinary situation. "The San Bernardino litigation isn't about trying to set a precedent or send any kind of message," he said in a statement last week.
Testifying before Congress just days later, however, he quickly changed course, telling the Members of the House Intelligence Committee that the court order and Apple's appeals, "will be instructive for other courts."
Does anyone really believe this will not be considered a precedent-setting case? Does anyone really believe the government will not use this technology again and again, with lower and lower thresholds?
According to press reports, Manhattan district attorney Cyrus Vance, Jr. has 175 iPhones with passcodes that the City of New York wants to access. We can be sure that is only the beginning.
We should support Apple's refusal to bow to the FBI's dangerous demands, and we should join forces to defend of our precious liberties without compromise. If the people lead, the leaders will follow.
Reposted with permission from RonPaulInstitute.org