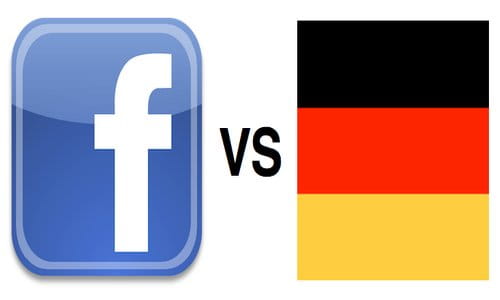 By Judith Bergman/Gatestone Institute October 25, 2017
Share this article:
A new German law introducing state censorship on social media platforms came into effect on October 1, 2017. The new law requires social media platforms, such as Facebook, Twitter, and YouTube, to censor their users on behalf of the German state.
Social media companies are obliged to delete or block any online "criminal offenses" such as libel, slander, defamation or incitement, within 24 hours of receipt of a user complaint -- regardless of whether or the content is accurate or not. Social media companies receive seven days for more complicated cases.
If they fail to do so, the German government can fine them up to 50 million euros for failing to comply with the law.
This state censorship makes free speech subject to the arbitrary decisions of corporate entities that are likely to censor more than absolutely necessary, rather than risk a crushing fine.
When employees of social media companies are appointed as the state's private thought police and given the power to shape the form of current political and cultural discourse by deciding who shall be allowed to speak and what to say, and who shall be shut down, free speech becomes nothing more than a fairy tale. Or is that perhaps the point?

Meanwhile, the district court in Munich recently gave a German journalist, Michael Stürzenberger, a six-month suspended jail sentence for posting on his Facebook page a historical photo of the Grand Mufti of Jerusalem, Haj Amin al-Husseini, shaking the hand of a senior Nazi official in Berlin in 1941.
The prosecution accused Stürzenberger of "inciting hatred towards Islam" and "denigrating Islam" by publishing the photograph. The court found Stürzenberger guilty of "disseminating the propaganda of anti-constitutional organizations". While the mutual admiration that once existed between al-Husseini and German Nazis is an undisputed historical fact, now evidently history is being rewritten by German courts. Stürzenberger has appealed the verdict.
Germany has made no secret of its desire to see its new law copied by the rest of the EU, which already has a similar code of conduct for social media giants. The EU Justice Commissioner, Vera Jourova, recently said she might be willing to legislate in the future if the voluntary code of conduct does not produce the desired results.
She said, however, that the voluntary code was working "relatively" well, with Facebook removing 66.5% of the material they had been notified was "hateful" between December and May this year. Twitter removed 37.4%, and YouTube took action on 66% of the notifications from users.
While purportedly concerned about online "hate speech," one EU organization, the EU Parliament, had no qualms about letting its premises be used to host a convicted Arab terrorist, Leila Khaled, from the Popular Front for the Liberation of Palestine (PFLP) at a conference about "The Role of Women in the Palestinian Popular Struggle" in September. (The EU, the US, Canada, and Australia, have all designated the PFLP a terrorist organization).
The conference was organized by, among others, the Spanish delegation of Izquierda Unida (United Left) as part of the European United Left/Nordic Green Left bloc in the European Parliament.

In the UK, Prime Minister Theresa May also said that she will tell internet firms to tackle extremist content:
"Industry needs to go further and faster in automating the detection and removal of terrorist content online... ultimately it is not just the terrorists themselves who we need to defeat. It is the extremist ideologies that fuel them. It is the ideologies that preach hatred, sow division and undermine our common humanity. We must be far more robust in identifying these ideologies and defeating them -- across all parts of our societies."
Prime Minister May keeps insisting that "these ideologies" are spread "across all parts of our societies" when in reality, virtually all terrorism is Islamic. Meanwhile, her own Home Secretary, Amber Rudd, has refused to ban the political wing of Hezbollah.
Hezbollah's hate speech, apparently, is perfectly acceptable to the British authorities. So is that of South African Muslim cleric and hate preacher Ebrahim Bham, who was once an interpreter to the Taliban's head legal advisor. He was allowed to enter the UK to speak in the Queen Elizabeth II Centre, a government building, at the "Palestine Expo" a large Jew-hate event in London in July.
Bham is known for quoting Nazi Propaganda Minister Goebbels and saying that all Jews and Christians are "agents of Satan". Meanwhile, a scholar such as Robert Spencer is banned from entering the UK, supposedly on the grounds that what he reports -- accurately -- is "Islamophobic".
The British Crown Prosecution Service (CPS) also recently stated that online "hate crimes" will be prosecuted "with the same robust and proactive approach used with offline offending". The decision to treat online offenses in the same way as offline offenses is expected to increase hate crime prosecutions, already at the highest recorded level ever. Prosecutors completed 15,442 hate crime cases in 2015-16.
Jews in Britain, who have experienced a dramatic increase in anti-Semitism over the past three years, are frequently on the receiving end of hate crimes. Nevertheless, their cases constitute less than a fraction of the statistics. In 2016/17, the CPS prosecuted 14,480 hate crimes. According to the Campaign Against Antisemitism:
"we have yet to see a single year in which more than a couple of dozen anti-Semitic hate crimes were prosecuted. So far in 2017, we are aware of... 21 prosecutions, in 2016 there were 20, and in 2015 there were just 12. So serious are the failures by the CPS to take action that we have had to privately prosecute alleged anti-Semites ourselves and challenge the CPS through judicial review, the first of which we won in March.

Last year only 1.9% of hate crime against Jews was prosecuted, signaling to police forces that their effort in investigating hate crimes against Jews might be wasted, and sending the strong message to anti-Semites that they need not fear the law... Each year since 2014 has been a record-breaking year for anti-Semitic crime: between 2014 and 2016, anti-Semitic crime surged by 45%".
Almost one in three British Jews have apparently considered leaving Britain due to anti-Semitism in the past two years.
British authorities seem far more concerned with "Islamophobia" than with the increase in hate crimes against Jews. In fact, the police has teamed up with Transport for London authorities to encourage people to report hate crimes during "National Hate Crime Awareness Week", which runs from October 14-21.
Transport for London and the Metropolitan Police will hold more than 200 community events to "reassure communities that London's public transport system is safe for everyone". The events are specifically targeted at Muslims; officers have visited the East London Mosque to encourage reporting hate crimes.
Last year, London mayor Sadiq Khan's Office for Policing and Crime (Mopac) announced it was spending £1,730,726 of taxpayer money policing speech online after applying for a grant from the Home Office.
Meanwhile, Khan said that he does not have the funds to monitor the 200 jihadists estimated to be in London, out of the 400 jihadists who have so far returned to the capital from Syria and Iraq. (He also implicitly admitted that he does not know the whereabouts of the jihadists who have returned). When asked by the journalist Piers Morgan why the mayor could not have them monitored, Khan answered:
"Because the Met Police budget, roughly speaking, 15 percent, 20 percent is funded by me, the mayor. The rest comes from central government. If the Met Police is being shrunk and reduced, they've got to prioritize and use their resources in a sensible, savvy way."
When Morgan asked what could possibly be a bigger priority than, "people coming back from a Syrian battlefield with intent to harm British citizens", Khan did not answer. Perhaps because it is hard to admit in public that fighting "Islamophobia" is now a higher priority than fighting terrorism?
Originally published at Gatestone Institute - reposted with permission.