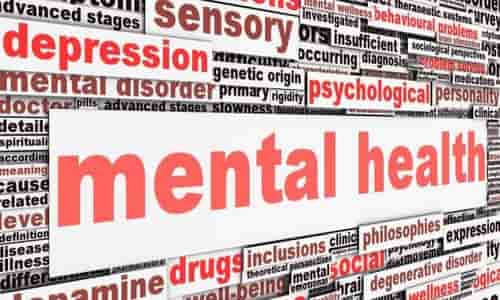 By Tom Olago March 08, 2016
Share this article:
What if your next trip to the doctor's office resulted in your being dragged off kicking and screaming to the nearest mental asylum?

Yet all you did to warrant that unexpected fate was to answer a few short questions. At some point the doctor reviewing your responses then decides that you must be 'mentally ill', and need to be detained and treated "for your own safety and that of others".
As implausible as it may sound, it is being reported that normal people are at risk of just such treatment, based on developments in the U.S - primarily driven by governmental health agencies in conjunction with the psychiatric fraternity.
A recent report by Alex Newman for the newamerican.com explains why. A panel advising the Obama administration, in partnership with 'Big Psychiatry', wants to make doctors subject all American adults and children over age 12 to screening for alleged "mental health" disorders - particularly depression, at least to start with.
Then, anyone found to harbor any alleged mental disorder, including children as young as eight, should undergo "therapy," often including powerful psychotropic medications that experts say have dubious value but often come with well-documented and highly dangerous side effects.
Eventually, the hunt for alleged mental and behavior abnormalities is expected to focus more sharply as younger and younger children, school teachers, social workers and more are brought into the crosshairs of Big Brother.
Ron Paul, former congressman from Texas and a Senior Fellow at the Mises Institute also weighed in on the issue. Paul stated that the United States Preventive Services Task Force recently recommended mandatory depression screening for all Americans and planned to force health insurance companies to pay for the screening.
He argued that this move would raise the price of health insurance and would also require the government to create a database containing the results of the screenings. Paul argues that certain undesirable consequences are likely to follow:
- Anti-gun politicians who want to forbid anyone labeled "mentally ill" from owning a firearm will no doubt want to use this database as a tool to deprive individuals of their Second Amendment rights.
- Americans could possibly lose other rights simply because they happened to undergo their mandatory depression screening when they were coping with a loved one's passing or a divorce, or simply having a bad day. Thus, anyone mistakenly labeled as depressed will have to spend a great deal of time and money in what may be a futile attempt to get his rights back.
- Mandatory depression screening will endanger people's health by increasing the use of psychotropic drugs. These drugs often have dangerous side effects. Their use has even been linked to suicide. The fact that almost every mass shooter was on psychotropic drugs is another good reason to oppose any policy that will increase reliance on these medicines.

- The Preventive Services Task Force's mandatory depression screening mandate is based on the fallacy that diagnosing mental health problems is analogous to diagnosing cancer or diabetes. Even mental health professionals acknowledge that there is a great deal of subjectivity in mental health diagnoses.
- Government health care mandates undermine the basic principles of a free society. If it were legitimate for government to tell us what types of health care we must receive, then it would also be legitimate for the government to tell us what to eat, when to exercise, and even how to raise our children.
- Consider that until 1973 homosexuality was considered a mental disorder by the American Psychiatric Association. Today, some mental health professionals think that those who believe in limited government, free-market economics, or traditional values suffer from mental disorders. This could result in anyone with an unpopular political belief or lifestyle choice being labeled as "mentally ill."
Which raises the question - will Christians who oppose legalized homosexuality and the LGBT gamut, in general, be considered mentally ill or unfit? Who decides who is unfit and why? And what happens to any hope of fair and balanced assessments when many key decision-makers are unapologetically anti-Christian in their beliefs and inclinations?
Christians and other groups are easily labeled 'intolerant' due to their non-compromising beliefs and values that are so often at loggerheads with the ungodly principles espoused by their governments, such as homosexuality and abortion. These groups are therefore likely to find themselves most targeted for mental imbalance diagnoses if only to get them out of the way legally without having to deal with the thornier issues of human rights abuses and discrimination.
Therein lies a real danger  that mental health screening could easily provide a useful smokescreen to blacklist and incarcerate members of society seen to be 'intolerant' and 'non-compliant'.