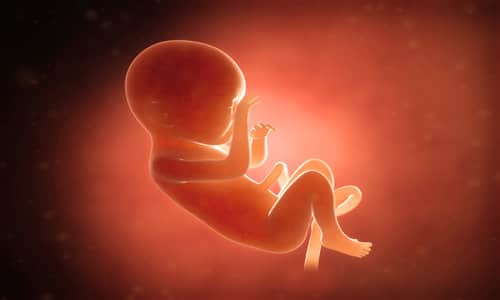 By Tom Olago March 16, 2016
Share this article:
Donor transplantation practices seem to be pushing the limits of morality and ethics, with babies now being 'harvested' for transplantable body parts, and with laboratory mice being transplanted with tissue from human babies.

A recent report published online in the Daily Mail (UK), stated that part of the controversy is due to a proposal that gives mothers pregnant with a damaged fetus an agonizing choice - abort the dying child or give birth so body parts can be used for transplants.
Most expectant mothers opt for termination after being told the devastating news their child has no chance of survival once born. But now, amid a chronic shortage of donated organs, mums will be 'supported' to have the baby at nine months so that the child's vital organs can be taken for transplant.
The move was revealed at a medical conference where NHS(National Health Service) transplant surgeons said they wanted to take more organs from babies nationally to address a dire shortage. It was reported that more than 7,000 people are currently on the organ waiting list, and three of them die every day.
The proposal sparked an ethical debate  with one critic describing it as a "ghoulish suggestion" that would undermine public confidence in organ donation.
As part of this drive, midwives and other NHS workers are to be educated about the potential for using babies' organs in transplants. In the past two years, only 11 babies under two months have become organ donors. But doctors believe they could raise that figure to around 100 a year.
Under the new proposals, mothers would give birth in the normal way and once doctors had certified the infant dead, its vital organs would be removed. However, donation would not be raised when a woman was still deciding whether or not to have an abortion  and nobody would be compelled to donate their baby's organs.
In some cases, where donation has been agreed, babies could be certified brain dead but their bodies kept alive by artificial ventilation. Surgeons could then remove organs from these so-called 'heartbeat babies' when they are fresh, maximizing what can be used and the chance of successful transplant.
One specific case medics are considering are babies diagnosed with a brain defect called anencephaly, which can be detected by routine scans as early as 12 weeks and which gives babies no chance of survival.
Taking organs from newborns has always been ethically problematic. Guidelines prevented most organ retrieval from babies under two months, but last year rules changed, enabling doctors to take organs from newborns with much greater ease, with the parents' consent.
Dr. Joe Brierley, a specialist at Great Ormond Street Hospital in London and a proponent of the baby parts harvesting process stated: "Given that three people a day die waiting for an organ transplant, I welcome anything that improves the number of donors... People often don't realise amid the tragedy of a child's death that organ donation can happen. Often due to size issues, children's organs can only help other youngsters  but sometimes the smallest children's organs can also help an adult".
Dr. Trevor Stammers, Director for Bioethics St Mary's University opposed the practice, arguing that "...the concept reduces the baby to nothing more than a utilitarian means to an end  a collection of spare parts  rather than respecting life for its own sake... Yes, I know those organs can potentially save the lives of others, but at what cost to our humanity? The integrity of transplant medicine has already been compromised by using organs from euthanized adults. Raiding the bodies of children born only for their organs will further tarnish the profession  and could well lead to a broader decrease in the rates of organ donation".
That angle though is one of several contentious ones and certainly not restricted to the United Kingdom. There are other similar and closely related practices and issues as well, such as that in the U.S where tissue from aborted babies is used for government-funded research.
Susan Jones recently reported on this aspect on behalf of CNSNews.com. Jones quoted Dr. Gerard Kevin Donovan, a pediatrician and bioethicist at Georgetown University, who reacted to the "commodification"  practice saying "it shocks my conscience and it should shock the conscience of the nation."
"You know, we have commodified what have been referred to as the 'products of conception' - I mean, babies and baby parts. And yes, they are for sale, supposedly to cover one's costs, but those costs seem to be quite variable... But even if they were given away free, it is shocking to be ordering what you want: 'Can I have a boy fetus, or a girl fetus or a brain or a heart or a liver? " Donovan questioned.
"This is totally in distinction to the honorable transplantation industry that is life-saving and shows great respect for the donors," he concluded.
Paige Comstock Cunningham, who heads The Center for Bioethics and Human Dignity, told a panel on the special hearing on bioethics and fetal tissue:"My concern is that researchers have come to count on induced abortion for their research...What have we come to where researchers need induced abortion to do their research?"

On the other side of the issue, Rep. Jackie Speier (D-Calif.) told the panel that those being burned at the stake are "scientists who hold future medical breakthroughs in their hands" as well as "women's healthcare providers who are simply trying to care for their patients."
Perhaps even more disturbing was a similar story in CNSNews.com six months back that reported that even mice are recipients of the harvested baby parts, all in the name of government research.
Terence Jeffery reported that a group of government researchers working for a National Institutes of Health laboratory in Montana made humanized mice by implanting the mice with tissues cut from human livers and thymuses taken from babies at 17 to 22 weeks' gestational age.
The researchers then published a paper describing how they constructed this particular type of "humanized" mouse, saying they hoped their description of the process would help other researchers seeking to make such mice in the future.
The same government researchers had collaborated on another journal article about the "humanized" mouse with an NIH (National Institute of Health)-funded researcher at Massachusetts General Hospital which has an ongoing federal grant that also involves humanizing mice using human fetal livers and thymuses.
An NIH webpage that describes the work done by this section of its Rocky Mountain Laboratories says: We also use 'humanized' mice, mice that contain human immune systems, as a model to study immune responses to HIV infection and to help us determine the basic mechanisms of vaccine protection against acute and chronic retro-viral infections. The goal of these studies is to develop new ideas for HIV vaccines and therapies.
Jeffrey noted that this was a government project conducted by government researchers funded by government money. The NIH declined to answer a set of 30 questions from CNSNews.com about the fetal tissues used in these government-conducted and funded projects.
The questions included inquiries about the minimum and maximum gestational ages a baby needed to be in order to donate a liver and thymus usable for transplantation into the mouse, and whether any of the organs used came from babies who died from miscarriages rather than from abortions.
They also included an inquiry as to whether there were any methods of abortion that could not be used on the babies who donated this tissue because the method of abortion would disrupt the babys liver and thymus and make them unsuitable for transplantation.
CNSNews.com also asked if the NIH could provide a copy of the consent form signed by the mothers of the babies whose livers and thymuses were used in these NIH-funded projects and whether each donor-mother was informed that live tissue taken from her baby was going to be transplanted into mice.
Another question asked if any of the fetal livers and thymuses used in the research came from an abortion done in a facility operated by Planned Parenthood.
The answers, if given would have provided some much - needed clarifications as to how ethical and compliant the processes undertaken in the name of medical research were.
Neither the NIH nor the co-authors responded to the specific questions. Instead, the NIH responded with this statement:
"NIH is a biomedical research agency and conducts and funds research to enhance health, lengthen life, and reduce illness and disability. NIH does not regulate and is not involved with medical services for abortions. Additionally, NIH is not a direct source of human fetal tissue for researchers".
A curt and evasive response to a sensitive issue of public interest. Perhaps there are a whole lot more skeletons in the baby harvesting closet than expected.