It Is Time For A Remedial History Lesson For Political Candidates 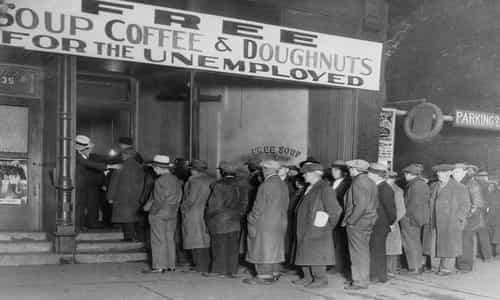 By Lawrence Kadish/Gatestone Institute March 16, 2016
Share this article:
Against the backdrop of venomous presidential primary races and fierce partisan warfare over the next Supreme Court nominee it is time for a remedial history lesson for America's White House hopefuls.

The past repeatedly reminds us that major nations were brought to their knees when their economies unraveled. More than any constitutional crises, war, plague or immigrants at the borders, when massive debt is the central pillar of a nation's economy its very survival is in jeopardy.
Yet over the past decade here in America our political leaders have failed to grow our economy, borrowed to support wasteful programs, and thrown dollars at problems rather than make the difficult policy decisions required. As a result, our national debt has grown from $8.5 trillion in fiscal year 2006 to over $19 trillion today, an unsustainable debt that places our nation at risk to an historic financial meltdown.
Germany slid into the madness of the Third Reich when its debt ridden economy destroyed its middle class and a demagogue spoke to their fears. Britain gave up its empire as it succumbed to war debts accumulated during two world wars. The Soviet Union toppled when its economy imploded, a victim of communism's economic poison pill.
All of the Presidential candidates including those who have suspended their campaigns are intelligent and well educated but they seem to have missed these history lessons which repeatedly show that when nations engage in the political quick fix of borrowing to cover their budget deficits (defined as monetizing the debt), the results have been catastrophic.
Equally evident, the candidates may be proficient at calculus but most of them are not so good at simple arithmetic as virtually none of them has adequately spoken about the issue of America's multitrillion dollar debt. If it weren't such a threat to our national existence they could be forgiven because it is a difficult topic to explain and more so to fix. What is required is considerable political will and a recognition that the debt can destroy our nation's future.

In a recent Gatestone Institute conference, James Piereson, the author of "Shattered Consensus" stated that America is on the edge of a Fourth Revolution. He cited three prior turning points in our nation's history: Jefferson's "Revolution of 1800," which created popular political parties as we know them, the Civil War and FDR's New Deal. Piereson acknowledged that he doesn't know when The "Fourth Revolution" will occur or what form it will take but he sees it as the next major chapter in our history.
The fact is we may be in the middle of Piereson's undefined "Fourth Revolution." Today's primary voters are ignoring political pundits and surprising pollsters, as evidenced by their anxiety over our spiraling national debt and the burden their children will inherit.
They are also angry and concerned about the loss of jobs, a stagnant economy, and of so many government entitlements that our nation's motto could be, "The United 'Give Me' States of America." Add unfunded liabilities of some $100 trillion dollars, the threat of a bankrupt Social Security system and the potential for a nuclear 9/11 and we have the makings of a transformative shift in America's ability to remain an exceptional nation during this century.
Presidential candidates take note. Without the leadership and determination to grow our economy, enforce balanced budgets, and end the shortsighted policy of bonding out our budget deficits, the enormous national debt will only keep increasing. Government tax revenues will be offset by ballooning debt service payments that divert money away from education, Medicaid, and national defense.
A desperate government will then look to run their printing presses at the Mint 24/7 to cover the shortages and hyperinflation will begin to devour our life savings. It is a threat as serious as the Great Depression of the 1930s that paralyzed our nation for a decade and one that threatened the very fabric of our republic.
One can appreciate that the candidates would prefer to speak in partisan rhetoric and ringing oratory but that "Fourth Revolution" of which Mr. Piereson speaks is knocking on our nation's door and we better have an answer when we open it.
Originally published at Gatestone Institute.  Reposted with permission.