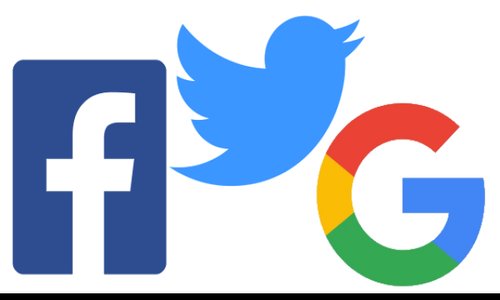 By PNW Staff January 16, 2018
Share this article:
Social media giants Google, Twitter and YouTube are facing accusations from many high-profile conservatives over alleged censorship.
Twitter will face a lawsuit in February filed by Breitbart's former senior editor Milo Yinnopoulos along with Republican political consultant Roger Stone.
In addition to this lawsuit, a Republican congressman is planning on calling a congressional hearing to look into alleged discrimination against conservatives by Google, YouTube, Twitter, and others. Read on to learn more about this situation:
Discrimination is Covert
The discrimination Twitter and others are accused of is covert in nature. After all, to come out and say they discriminated against certain people groups who possessed specific beliefs would most certainly be met with some pushback.

Therefore, they aren't obvious about their misdeeds. However, there is evidence that proves discrimination on the part of Twitter and other such organizations towards conservative individuals and groups to be a very real thing. In fact, it's so real it even has a name. It's called shadow banning.
What Shadow Banning Means:
Software engineer Abbinav Vadrevu who was formally employed by Twitter explains how shadow banning works:
"The idea of a shadow ban is that you ban someone but they don't know they have been banned because they keep posting and no one sees their content. So they just think that no one is engaging with their content when in reality, no one is seeing it."
James O'Keef, conservative muckraker, caught eight former and current Twitter employees saying they engage in the practice of shadow banning.
Twitter is Going Even Further Than Shadow Banning
Unfortunately, Twitter is going further than shadow banning. Software engineer Steven Pierre, who is currently employed by Twitter, explains how the social media giant is planning to practice censorship through increased automation:

"Every single conversation is going to be rated by a machine and the machine is going to say whether or not it's a positive or negative thing."
The scary part is the fact that Twitter might deem and likely will deem most conservative conversations as negative.
It's Not Just Twitter
Twitter is not the only social media giant facing backlash for their discriminating practices. Google was also sued by PragerU, which is an educational site, over unfair censorship. According to PragerU, their online videos were being censored through restriction by YouTube, a subsidiary of Google.
The lawsuit alleged that YouTube and Google told PragerU that their videos were resisted because some reviewers found them to be "inappropriate" for a young audience. PragerU claims none of their videos were improper or violated YouTube's policies. They said the following about Google's claim that their videos were inappropriate:
"It's an obvious pretext to justify illegally discriminating against PragerU because of its conservative political perspective and identity."

An additional statement from PragerU commented the following:
"They are engaging in an arbitrary and capricious use of their 'restricted mode' and 'demonetization' to restrict non-left political thought. Their censorship is profoundly damaging because Google and YouTube own and control the largest forum for public participation in the world."
What This Means For Conservatives:
Whether or not these lawsuits and hearings will change the way social media giants handle right-leaning individuals and groups is still unknown.
However, to bring what has been going on the dark out into the light is the first step in changing it, and at the very least, this legal action has succeeded in that accomplishment.