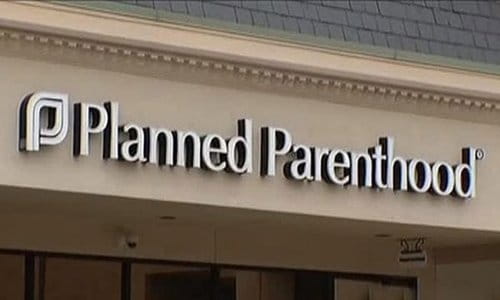 By John Stonestreet/Breakpoint.org January 18, 2018
Share this article:
Planned Parenthood's recently released annual report exposes the organization for what it truly is.
If you go to Wikipedia and look up "Worst Serial Killers in History," you'll find a long and horrible list:
Gary Ridgeway, known as the Green River killer, murdered as many as 90 women. Giovanni Brusca, a member of the Sicilian Mafia, killed at least 100 people. Luis Garavito, a Columbian known as "The Beast" is believed to have murdered at least 138 people, mostly children.

But if you go by numbers alone, you might wonder why Planned Parenthood didn't make the list. The abortion giant's death toll in 2017 is 321,384--all of them innocent babies. And that's not counting women who die through so-called safe, legal abortions performed by Planned Parenthood abortionists.
And who is paying for these mass murders? We are--through our taxes. And it's time we did something about it.
We have a prolife president. We have a prolife Congress. But as Students for Life of America recently pointed out, despite their pledge to defund Planned Parenthood, "you and I are still being forced to funnel our money to the nation's largest abortion vendor."
And despite Planned Parenthood's oft-repeated claim that it offers "comprehensive health services," its own just-released annual report reveals what a big, fat lie this is. Their own statistics reveal a steep decline in positive services--such as testing for STDs.
In fact, as National Review Online notes, Planned Parenthood's annual report reveals that the abortion giant "exists to provide abortions and not much else." As for prenatal services--they've "dropped steadily every year since 2009, from over 40,000 that year to just under 8,000 last year."

But there is good news, as well.
Last year, 32 Planned Parenthood clinics closed. Some of them closed because President Trump is allowing states to redirect funds away from Planned Parenthood in favor of organizations that provide reproductive health care that does not include abortion.
And more and more women are choosing life for their babies after seeing ultrasound images of them--something many prolife pregnancy centers offer.
But Planned Parenthood still runs nearly 600 clinics and gobbles up millions in taxpayer money, so we still have plenty of work to do.
For starters, we can take part in the annual March for Life in Washington, DC, so our leaders can see with their own eyes how strong is the support for laws that protect the unborn. We should also keep the pressure on President Trump and our federal lawmakers to defund Planned Parenthood and expose its lies.

Second, we can support groups like Students for Life and pregnancy care centers, like the one my wife Susanne runs here in New York City. Centers like these help vulnerable young women make the choice for life through free diapers and formula, parenting classes, adoption services, and temporary housing for pregnant women who have no place to go.
Most important of all, we should pray, pray, pray for an end to legalized abortion. Come to BreakPoint.org/21days and download our free guide, “21 Days of Prayer for Life.” It offers stories of women who chose life, and of women and men who regret the abortions of their children.
You will learn how to pray for those who are under constant attack for telling women the truth about abortion on college campuses. You’ll also learn how to make the case for life in just sixty seconds.
And let’s remember to pray for the abortionists who commit these horrific acts - that they will, like the late Dr. Bernard Nathanson, leave the "satanic world of abortion," as he called it-and become children of God.
So please, come to BreakPoint.org/21days and download your free prayer guide. Lives and souls are at stake.