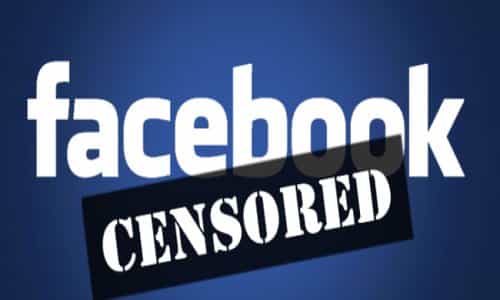 By Judith Bergman/Gatestone Institute January 29, 2018
Share this article:
Germany's new censorship law, which has introduced state censorship on social media platforms, came into effect on October 1, 2017. The new law requires social media platforms, such as Facebook, Twitter and YouTube, to censor their users on behalf of the German state.
Social media companies are obliged to delete or block any online "criminal offenses" such as libel, slander, defamation or incitement, within 24 hours of receipt of a user complaint -- regardless of whether the content is accurate or not.
Social media companies are permitted seven days for more complicated cases. If they fail to do so, the German government can fine them up to 50 million euros for failing to comply with the law.
The new censorship law, however, was not fully enforced until January 1, 2018, in order to give the social media platforms time to prepare for their new role as the privatized thought police of the German state. Social media platforms now have the power to shape the form of current political and cultural discourse by deciding who will speak and what they will say.

On January 1, 2018, however, the law was immediately enforced. Twitter began by suspending the account of the deputy leader of the Alternative for Germany party (AfD), Beatrix von Storch, for 12 hours, after she tweeted the following in response to a New Year's greeting issued in Arabic by the Cologne Police:
"What the hell is happening in this country? Why is an official police site tweeting in Arabic? Do you think it is to appease the barbaric, gang-raping hordes of Muslim men?"
(During New Year's Eve of 2015/16, over 1,000 mainly Muslim men sexually assaulted around 1,200 women in Cologne.)
Von Storch also had her Facebook account suspended for repeating her tweet there. Facebook told her that her post contravened German law, as it constituted "incitement to hatred".
It did not stop there. Cologne police filed charges against von Storch for "incitement to hatred", which is punishable under section 130 of the German Criminal Code. According to the Cologne police chief, Uwe Jacob, multilingual tweets at major events are an important part of the police's communication strategy:
"The campaign was really well received by most people - however, some were bothered by the fact that we tweeted in Arabic and Farsi - they were very prominent right-wingers, who then felt that they had to make tweets that incited to hatred. We simply filed charges".
Notice the ease with which the police chief mentioned that he had filed charges to silence a leading political opponent of the government. That is what authorities do in police states: Through censorship and criminal charges, they silence outspoken critics and political opponents of government policies, such as von Storch, who has sharply criticized Chancellor Angela Merkel's migration policies.
While such policies would doubtless have earned the German authorities many points with the old Stasi regime of East Germany, they more than likely contravene the European Convention on Human Rights (ECHR) to which Germany is a party, as well as the case law of the European Court of Human Rights. Article 10 of the European Convention on Human Rights states:
1. Everyone has the right to freedom of expression. This right shall include freedom to hold opinions and to receive and impart information and ideas without interference by public authority and regardless of frontiers...
2. The exercise of these freedoms... may be subject to such... restrictions or penalties as are prescribed by law and are necessary in a democratic society, in the interests of national security, territorial integrity or public safety, for the prevention of disorder or crime, for the protection of health or morals, for the protection of the reputation or rights of others, for preventing the disclosure of information received in confidence, or for maintaining the authority and impartiality of the judiciary.

In its case law, the European Court of Human Rights has stated that Article 10
"...protects not only the information or ideas that are regarded as inoffensive but also those that offend, shock or disturb; such are the demands of that pluralism, tolerance and broad-mindedness without which there is no democratic society. Opinions expressed in strong or exaggerated language are also protected".
Even more important in the context of charges against politicians is the fact that according to the European Court of Human Rights' case law:
"...the extent of protection depends on the context and the aim of the criticism. In matters of public controversy or public interest, during political debate, in electoral campaigns... strong words and harsh criticism may be expected and will be tolerated to a greater degree by the Court".
When leading politicians are criminally charged for questioning the actions of the authorities, such as in this case the actions of the police, we are no longer dealing with a democracy, but with a regular police state.
Several other accounts on Twitter and Facebook were also suspended under the new censorship law in the first days and weeks of January. One such Twitter account was the satirical magazine, Titanic, which was blocked for parodying von Storch's tweet about the "barbaric hordes" of Muslim men.
The privatized Twitter thought police, in their eagerness to censor, had overlooked that Titanic was just poking fun. The suspension of the Titanic account alerted some politicians -- a mere three months after the law went into force -- to the problematic nature of the law. Leader of the Green party, Simone Peter and Secretary-General of the FDP, Nicola Beer were both critical of the law. "The law is messed up and must be replaced by a decent one", Beer said.
Another politician, Martin Sichert, AfD member of the Bundestag for Nürnberg and state Chairman for the AfD, had a Facebook post deleted for violating "community standards". In the post, which he substantiated with links to factual sources, he drew attention, among other things, to the way women are treated in Afghanistan. He also drew attention to the sexual abuse of small children in Afghanistan:
"It is scary and at the same time shameful that our state is preventing the enlightenment of citizens by simply censoring factual opinions, publicly available citations and links to reputable sources."
Sichert and von Storch are just the most famous people to have their speech shut down on social media. There are countless others, whose stories never reach the media.

Under the censorship law, anyone can ask a social network operator to delete postings, even if the post does not affect him personally in any way. If the social network provider does not respond within 24 hours, the person wishing to have a post deleted can involve the Federal Office of Justice; there is even a form for this purpose on the homepage of the Federal Office of Justice.
This office is responsible for the prosecution of violations, and the district court of Bonn is the sole authority permitted to examine disputes about the criminal liability of comments made on social media and to impose fines on the social media companies for failing to delete those comments within the required 24 hours.
It is regrettable that Germany, which can barely keep up with the terrorism threat and the wave of violent crime, is spending such vast resources on shutting down the free speech of its citizens on social media.
The Federal Department of Justice has rented additional offices in Bonn to house approximately 50 new lawyers and administrators to implement the new law and ensure that the social media providers delete "offending posts" within 24 hours. "It was also important that we created a new file management system," explains Thomas W. Ottersbach of the Federal Office of Justice in Bonn.
"This is the only way to ensure that deadlines are met and that a statistical evaluation can be carried out. Because it is important that we keep an eye on which [social media] operator's complaints are piling up and where they are just isolated cases."
The old German police state is back.
Originally published at Gatestone Institute - reposted with permission.