Evangelicals and Politics: So What Is An Evangelical, Anyway? 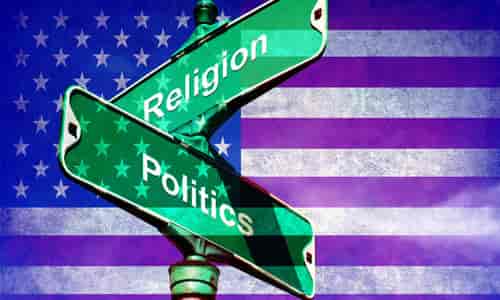 By Eric Metaxas/Breakpoint.org March 21, 2016
Share this article:
Forty years ago, Time magazine declared 1976 to be "The Year of the Evangelical." The occasion was the candidacy of then-former governor Jimmy Carter who introduced many Americans to a phrase they had never heard before: "born-again Christian."

This year, Evangelicals are in the news again, and again, for mostly political reasons. Its difficult to avoid the plethora of stories about how "Evangelicals" are voting and what it all means.
This article is about none of this. Instead I want to talk about the word "Evangelical" in the context where it makes the most sense: what people believe. In the process we may learn things we probably didn't know but should.
Writing for Christianity Today, "BreakPoint This Week" co-host Ed Stetzer and Leith Anderson of the National Association of Evangelicals sought to define what the term "Evangelical" means, especially in this election year.
Most surveys, especially political ones, depend on self-identification. If a person calls herself an Evangelical, then she is counted as one. Others use denominational affiliation as a proxy. Neither of these gives us an accurate estimate: They either include people who probably shouldn't be included or miss people who should be included.
Anderson and Stetzer chose to focus on what people say they believe rather than how they self-identify. They asked respondents a series of questions about their beliefs, shaped by what is known as the Bebbington Quadrilateral, after the Scottish historian Thomas Bebbington. These statements are:
1. The Bible is the highest authority for what I believe.
2. It is very important for me personally to encourage non-Christians to trust Jesus Christ as their Savior.
3. Jesus Christs death on the cross is the only sacrifice that could remove the penalty of my sin.
4. Only those who trust in Jesus Christ alone as their Savior receive God's free gift of eternal salvation.
As Bebbington found in his own research of Evangelicals in 18th through 20th century Britain, these beliefs most closely reflect what "evangelicals have believed and how they have acted."
Anderson and Stetzer found that people who agreed with these statements were also likely to self-identify as Evangelicals.
After analyzing the results of the responses, they found that "about 30 percent of all Americans have evangelical beliefs as described by the four questions." Thats more or less consistent with other survey findings and, thus, not a surprise.
What may be a surprise is the racial and ethnic breakdown of their findings. The group most likely to hold evangelical beliefs were African Americans at 44 percent. That is 50 percent more likely than Whites with 29 percent, and Hispanics with 30 percent.
Whatever else this research reveals, one things is clear: the image of Evangelicals in the media, and frankly, among us as well, is at best incomplete, and at worst a distortion.
Anderson and Stetzer hope that as their research and its methodology are used, "more Americans will see through the unfortunate cultural and political stereotypes and recognize evangelicals as a diverse people of faith who have given their lives to Jesus Christ as their Savior."
Amen to that. We should not sit idly by as the term "Evangelical becomes a synonym for a purely political label like "social conservative" or the "religious right."
No matter what happens between now and the election, well still be called to spread the good news, the euaggelion, from which the word "Evangelical" is derived. Lets make it clear just what the word refers to.
Originally published at Breakpoint.org. Reposted with permission