Kuwait Airways' Ban on Israelis - The Cost of Doing Bigotry 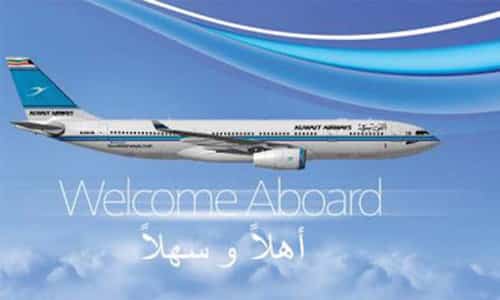 Since 1980, Kuwait Airways Corporation (KAC) has been under contract with the Port Authority of New York and New Jersey, and granted permit authority by the US Department of Transportation (USDOT), to fly to and from JFK International Airport.
But the privilege to operate out of JFK came with a price: an obligation to abide by Federal anti-discrimination and anti-boycott laws, as well as state human rights and contract laws. Under the US-Kuwait Open Skies Agreement and pursuant to the terms of its lease, KAC thereby became duty-bound to operate in compliance with all applicable laws in effect in New York State and the United States.
Astonishingly, these legal obligations have been defied since day one, as the airline refuses to sell tickets to Israeli nationals. Kuwait Airways is the flag carrier of the state of Kuwait, and is a state-owned entity. The state of Kuwait is a member of the Arab League and a staunch adherent to the Arab League boycott of Israel. Claiming that it must obey its domestic legal obligations to boycott Israel and the Israeli people, the airline has operated daily flights at JFK for more than 36 years, bringing in millions of dollars in revenue, while flagrantly and unabashedly violating the civil rights of Israeli nationals  and US law.
At the Lawfare Project, we have been leading the charge to demand equality in US air travel.
Last month, a Forbes contributor who writes on the aviation industry declared that it was "wrong" to "blame Kuwait Airways for discrimination against Israelis," because the airline is simply an "unwitting pawn in the dispute [between Israel and the Arab world]." After going on an irrelevant and historically inaccurate tangent and justifying Kuwaits adherence to the boycott of Israel by citing the Palestinian refugee situation, the author concluded that advocates and commentators should be addressing the Kuwaiti government directly to effectuate change, instead of ranting against the state airline. He also proclaimed his belief that the medias depiction of Kuwait Airways has been unfair and divisive.
Each one of his suppositions is fatally defective, from his rationales to his conclusions. For example, since KAC is a state instrumentality, going after the airline is, for all practical purposes, the same thing as going directly to the Kuwaiti government. More importantly, in concluding that it is "wrong to condemn the airline because national origin discrimination is compulsory under Kuwaiti law, the author takes the position that the airline has no choice.
Surely we can all think of international scenarios where state actors are required under their national laws to participate in  or even to lead  unjust and inhumane enterprises. That does not mean their actions will be tolerated in the United States; they dont get a pass, legally or in the court of public opinion, just because they were "following orders."
What would happen if Saudi flight attendants stoned accused adulterers at the Saudia ticket counter? Or if the Emiratis tortured political dissidents at the Etihad counter? Would the columnist consider the medias wrath to be misdirected for condemning Qatar Airways if its flight attendant executed a gay man in the middle of JFKs Terminal 8?

In a September 2015 "final agency determination," the USDOT reversed its previous decision and determined that KACs actions unequivocally constitute unlawful discrimination. As Blane Workie, Assistant General Counsel for Aviation Enforcement and Proceedings at USDOT wrote in her communication to Lawfare Project Director Brooke Goldstein and to Kuwait Airways' legal counsel, the USDOT "does not find the interest of Kuwait in the enforcement of its laws in this case to be greater than the interest of the United States in the enforcement of its laws."
It is naïve, misleading and plainly incorrect to suggest that the flag carrier of the state of Kuwait is just an insignificant, defenseless "pawn," when in reality it is an arm of the Kuwaiti government itself.
The only way to break apart this type of institutional racism is to go after the purse strings and  commercially incentivize the orchestraters to abandon the boycott. Government agencies, individuals and corporations in Arab states that have stopped boycotting Israel did so because the legal and financial risks of refusing to deal with Israelis outweighed the ideological benefits. When the aforementioned Arab states decided they wanted their international corporations to operate globally, they opted out of the government-mandated boycott of Israel. Their economies have reaped the benefits.
Kuwait has obviously not learned this lesson yet, since its airline terminated its flights from New York to London instead of coming into compliance with Federal anti-discrimination law and admitting Israelis on KAC flights. The loss of revenue that KAC will suffer from the cancellation of this lucrative flight path demonstrates the vehemence with which many Arab League countries comply with the boycott of Israeli nationals, products and businesses. Apparently, this government-owned airline would much prefer a gigantic loss of revenue to the simple alternative of allowing Israelis on board their aircraft.
Luckily for those of us who value civil rights and equality in air travel and beyond, refusing to fly on Kuwait Airways' flights does not present a tough choice. Even Kuwaitis prefer other airlines to their own flag carrier, which maintains an outdated fleet and lacks sufficient trained personnel to ensure that the planes remain operational.
Whether Kuwait Airways' flights are safe for passengers is above this commentator's pay grade. But one thing is for sure: It's safe to say that Israelis aren't missing much.