Young Muslims in the West: A Ticking Time Bomb? 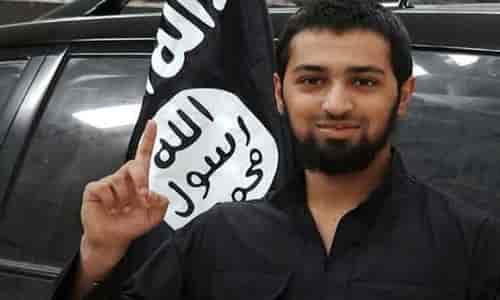 By Raheem Kassam/Middle East Forum March 29, 2016
Share this article:
On the back of the Brussels terror attack it is worthwhile remembering that while a majority of Muslims in the West appear to have no truck with terrorism or extremism, there are a significant number who sympathise with terrorism and repeatedly attempt to justify attacks on the West.

Terrorism
An ICM poll from 2006 revealed that 20 percent of British Muslims sympathised with the 7/7 bombers who brought terror to the streets of the British capital, killing 52 and injuring hundreds. This number rose to one in four British Muslims, according to NOP Research for Channel 4. With a British Muslim population of over 3 million today, that translates to roughly three quarters of a million terror-sympathising people in the UK.
The number rises for younger British Muslims  a sure sign that radicalisation through schools, mosques, and prisons (often via Saudi-funded groups) is creating a long-term problem in Europe. Thirty-one percent of younger British Muslims endorsed or excused the 7/7 bombings of 2005, with just 14 percent of those over 45 doing so.
Twenty-seven percent of those polled in the United Kingdom say they had sympathy with the attacks on Charlie Hebdo  the French satirical magazine that published cartoons of the Muslim prophet Muhammed last year, with 78 percent supporting punishment for the publication of cartoons featuring Muhammed and 68 percent supporting the arrest and prosecution of British people who "insult Islam."
And this number pales in comparison to global Muslim population figures. According to World Public Opinion (2009) at the University of Maryland, 61 percent of Egyptians, 32 percent of Indonesians, 41 percent of Pakistanis, 38 percent of Moroccans, 83 percent of Palestinians, 62 percent of Jordanians, and 42 percent of Turks appear to endorse or sympathise with attacks on Americans or American groups.
A 2013 study found that 16 percent of young Muslims in Belgium believed that state terrorism is "acceptable," while 12 percent of young Muslims in Britain said that suicide attacks against civilians in Britain can be justified.
Pew Research from 2007 found that 26 percent of young Muslims in America believed suicide bombings are justified, with 35 percent in Britain, 42 percent in France, 22 percent in Germany, and 29 percent in Spain feeling the same way.
And Muslims who are more devout or dedicated to Islam are three times more likely to believe that suicide bombings are justified  a harrowing statistic when you consider that 86 percent of Muslims in Britain "feel that religion is the most important thing in their life."
While just 5 percent of UK Muslims said they would not report a terror attack being planned, the number leaps to 18 percent amongst young, British Muslims. The anti-police narrative fuelled by groups like Black Lives Matter are no doubt contributing to this idea that people should not work with the police, with the British Muslim Youth group recently urging a boycott of police.
More recently, in 2015, it was revealed that 45 percent of British Muslims think that hate preachers that advocate violence against the West represent "mainstream Islam."
Forty percent of British Muslims say they want Sharia law in the West, while 41 percent oppose it.
Despite the fact that "Islamophobia" did not rise after the Paris Attacks, there remains a grievance industry across the Western world which targets young Muslims especially, urging them to feel victimised by Western governments for taking a stance against Islamism  and scarcely a tough stance at that.
No more was this evident than in the case of Tell MAMA, a government-backed Muslim grievance group which saw its state funding removed after it was found trying to artificially inflate statistics on hate crimes against Muslims in the UK.

Criminality
Earlier this year it was reported that one in five prisoners in the United Kingdom's top security jails is now Muslim, a rise of 23 percent from just five years ago. In total, a 20 percent increase in the jail population in Britain has been outstripped by the rise in Muslim inmates  up 122 percent over 13 years.
The same disproportionate figures are borne out across the United States, where Pew data from 2011 revealed that Muslims made up 9 percent of state and federal prisoners though at the time Muslims made up just 0.8 percent of the U.S. population.
In 2008, the Washington Post reported "About 60 to 70 percent of all inmates in [France's] prison system are Muslim, according to Muslim leaders, sociologists and researchers, though Muslims make up only about 12 percent of the country's population."
Anti-Semitism
"An average of 55 percent of Western European Muslims harbored anti-Semitic attitudes. Acceptance of anti-Semitic stereotypes by Muslims in these countries was substantially higher than among the national population in each country," an Anti-Defamation League (ADL) report found in 2015.
A Swedish government report from 2006 found that that 5 percent of the total population held anti-Semitic views, with the number surging to 39 percent amongst adult Muslims.
In Germany in 2012, a study of the country's burgeoning Turkish population revealed that 62 percent of Turks in Germany said they wanted to only live amongst each other, with 46 percent wanting the country to become a Muslim majority nation. This report also found that 18 percent of the Turkish population thought of Jews as "inferior."
Breitbart News reported in January about an ongoing exodus of French Jews, with some 8,000 headed for Israel in 2015 and many others migrating to the UK or the U.S, as a result of rising anti-Semitism.
Integration
Despite hundreds of millions of pounds, dollars, and euros spent on integration projects, it appears to be a Sisyphean task  calling into question the rate at which immigration is occurring throughout the Western world and the tolerance with which our societies have operate thus far.
The BBC found that 36 percent of 16 to 24-year-old Muslims believe that if a Muslim converts to another religion they should be punished by death. Thirty five percent of Muslims say they would prefer to send their children to an Islamic school, and 37 percent of 16 to 24-year-olds say they want government-funded Islamic schools to send their kids to.
The report again highlights the radicalisation of the Muslim youth in the West, with 74 percent of 16 to 24-year-olds preferring Muslim women to wear the veil, compared with only 28 percent for those over the age of 55.
Originally published by The Middle East Forum, March 22, 2016