New Poll Shows Beliefs About "God" vs. "God Of The Bible" 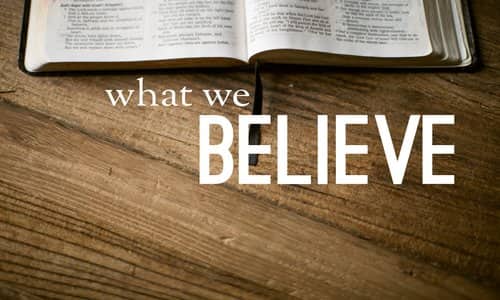 By PNW Staff May 07, 2018
Share this article:
The rise of the "nones", the new atheist movement and the expulsion of God from the public sphere have been heralded in one religious survey after another for twenty years. But a new study conducted by the Pew Research Center raises questions about what it means to believe in God and calls into question the modern use of labels such as Christian, atheist, spiritual and believer.
Those professing belief in the God of the Bible, 56% of those surveyed, still find themselves in the majority but the other answers offer several interesting insights into religious belief in the United States.

The survey was conducted with 4,700 American adults who were asked the opening question, "Do you believe in God?" Those who professed their belief (80%) were then asked if it was the God of the Bible (56%) or whether it were some other higher power or spiritual force (23%).
Interestingly, the group that claimed not to believe in God (19%) was also presented with the option to claim their belief in a higher power or spiritual force and a surprising 9% of the total survey population did just that.
This seemingly contradictory result exposes the major fault lines in American religious life today as generations of believers drift away from the Church. The term "atheist" as well has become confused with those who reject organized religion but continue to hold a belief in God, as opposed to those who positively claim that God does not exist.
When asked whether God, or a similar being, influences or controls the events of their life completely or to a great extent, fully 48% of the survey participants responded that they agreed, whereas another 18% believe that is true "some of the time" leaving a total of 66% of the 4,700 surveyed adults professing a belief that God intercedes in the world to affect our lives.
In perhaps another example of shifting terminology, 39% of those who claim not to pray, regularly do "talk to God" and often claim to receive responses, which begs the question as to their understanding of what prayer really is? In total, around 75% Americans surveyed do "talk to God" (prayer or otherwise) and around 30% say that He responds to them.
Further demographic information offers little surprise as the survey confirms 91% of Black protestants and 87% of evangelicals believe that God is omnibenevolent, omniscient and omnipotent, whereas only around 60% of Catholics and mainline protestants agree.
Republicans believe in the Biblical God at a rate of 70% whereas Democrats fall in at a rate of 45%. Many hold more nebulous beliefs in "a higher power" while, at the same time, counting among their ranks a greater number of strong atheists.
The survey reiterates the wearisome statistics that show an inverse correlation between religious belief and education levels and a direct correlation between belief and age, with older respondents being more confident in their belief.
The survey cannot predict whether those same younger adults will become more religious as they age, but the increase of vague notions about "higher powers and spiritual forces" is more pronounced in younger Americans.
It is becoming more and more clear that there are two main fault-lines in American religious belief.

One, more Americans are rejecting the church while continuing to embrace their own, personal beliefs in God and the Bible. And two, there is no longer a clear consensus among Americans on what it means to believe in God, to be Christian, to pray or even to be atheist. It is the logical, and tragic, consequence of Biblical illiteracy.
These actions, labels and statements of belief have become malleable, forming to meet the desires and opinions of each individual wandering lost in a wilderness of doubt and personal belief.
That is why we have believers who don't "pray" but who often "talk to God and receive a response", "atheists" who believe in a higher power that intercedes in their lives, and "Christians" who believe neither in God nor the Bible.
So, when an American claims that they "believe in God" it might be a good idea to ask what, exactly, they mean by that.