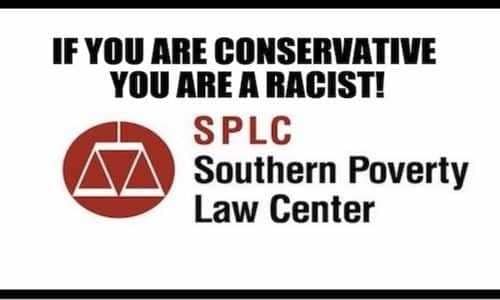 By Jonathon Van Maren/The Bridgehead May 09, 2018
Share this article:
In Chapter 8 of my 2016 book The Culture War, I detailed how the gay rights movement carefully strategized ways of pushing organizations, churches, and people who disagreed with their agenda to the "fringe" in public perception.
In part, this involved persuading the public that same-sex marriage was a human right, and that as such, anyone who did not support same-sex marriage were supportive of violating human rights.

Much of academia was on board. Politicians could be persuaded easily--Barack Obama had only put his support on ice for the sake of political expediency, and Hillary Clinton would change her mind on anything except for abortion.
What the LGBT movement did need, however, was an organization that presented itself as neutral that could affirm their assertions that anyone who disagreed with them could be characterized as "hateful."
Enter the Southern Poverty Law Center. They were founded in 1971 was a civil rights law firm, and in the early years they were involved in many cases defending the rights of African Americans. In recent years, however, they have evolved--they now produce and update a list of "designated hate groups," and then campaign to have those groups recognized as beyond the pale in the public milieu.
Many of those groups are mainstream conservative Christian groups, including the Family Research Council. Others, like the American College of Pediatricians, refuse to tow the line on gender ideology. Even the entire Mormon sect has been labeled a hate group by the SPLC--and I suspect that the Catholic Church and many Protestant denominations will follow.
By mixing these groups in with the KKK and an assortment of genuinely repugnant people, the SPLC attempts to draw an equivalency between them and smear them by association.
Their latest victim is Alliance Defending Freedom (ADF), a group I am very familiar with because of their vital assistance to the pro-life cause over the years:
Alliance Defending Freedom has won seven cases at the U.S. Supreme Court in as many years, including one that upheld an Arizona school choice program and another that prevented the state of Missouri from discriminating against a Christian preschool.

The legal powerhouse, which fights for religious freedom, is awaiting decisions in two more landmark free speech cases it argued this term before the high court. It is counted as one of the most successful legal advocacy organizations in the country.
But even that stellar record was not enough to prevent Alliance Defending Freedom from being banned from participating in AmazonSmile, which allows Amazon.com customers to contribute "0.5% of eligible purchases" to "almost one million eligible 501(c)(3) public charitable organizations." ADF had been one of those charities since the 2013 launch of AmazonSmile until recently, when those who had assigned the legal organization as their charity were notified that it was no longer eligible.
The reason? Southern Poverty Law Center.
Those who had selected ADF as their charity received the following explanation of why they'd no longer be able to give to the religious freedom group through the program:
The AmazonSmile Participation Agreement states that certain categories of organizations are not eligible to participate in AmazonSmile. We rely on the Southern Poverty Law Center to determine which charities are in certain ineligible categories. You have been excluded from the AmazonSmile program because the Southern Poverty Law Center lists Alliance Defending Freedom in an ineligible category.
In response to the ban, Alliance Defending Freedom's CEO, Michael Farris, sent a letter urging entrepreneur and philanthropist Jeff Bezos' Amazon to reconsider its alliance with the widely discredited Southern Poverty Law Center:
Although the SPLC did good work many years ago, it has devolved into a far-left propaganda machine that slanders organizations with which it disagrees and destroys the possibility of civil discourse in the process. The group has been discredited by investigative journalists and charity watchdogs as a 'direct mail scam' that has seen its leaders amass enormous fortunes. It is no surprise that the United States Department of Defense and the Federal Bureau of Investigation have severed ties with the SPLC.

Lest one think that Southern Poverty Law Center is a misunderstood group of would-be do-gooders just trying to provide a public service, but not quite hitting the mark, consider the words of a senior executive, Mark Potok, who said: "Sometimes the press will describe us as monitoring hate crimes and so on ... I want to say plainly that our aim in life is to destroy these groups, to completely destroy them."
There are a few things to note here. First, the slander perpetrated by groups such as the Southern Poverty Law Center does not just simply hurt the targeted groups--it renders words like "hate" devoid of meaning. If everyone but the LGBT and their "allies" are hateful, then no one is hateful.
By lumping good people in with bad people, they are simply making the bad people look better. Second, they are virtually guaranteeing polarization. If there can be no respectful disagreement, and instead opponents must be stigmatized and marginalized, then those people will also simply begin to ignore anything your side has to say. Society is already divided, and the groups like the SPLC, ironically, do nothing but stoke hatreds with their work.
Lastly, this is going to be the future for traditionalist Christians. Christians must prepare to be called hateful, and homophobic, and to be lumped in with the worst sorts of characters.
For now, many politicians only dare to do this in code. This will only last for so long. With organizations like the SPLC insisting that groups founded to protect and strengthen the traditional family are no different than the KKK--and many mainstream media outlets heeding their designations--many politicians who hate Christian conservatives will soon have the excuses they need to say what they really think.
Originally published at The Bridgehead - reposted with permission.