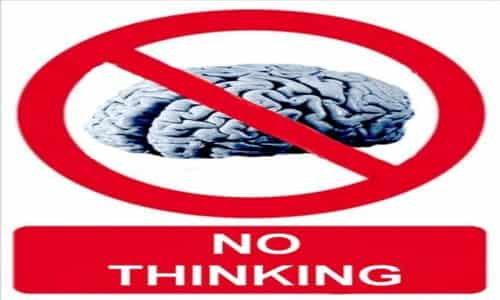 By Michael Snyder/Economic Collapse Blog March 31, 2016
Share this article:
Ten years ago, a major Hollywood film entitled "Idiocracy" was released, and it was an excellent metaphor for what would happen to America over the course of the next decade.  In the movie, an "average American" wakes up 500 years in the future only to discover that he is the most intelligent person by far in the "dumbed down" society that he suddenly finds himself in.

And at our "less than finest" public universities, the level of education can be something of a bad joke.  In another previous article, I shared some examples of actual courses that have been taught at U.S. universities in recent years...
-"What If Harry Potter Is Real?"
-"Lady Gaga and the Sociology of Fame"
-"Philosophy And Star Trek"
-"Learning From YouTube"
-"How To Watch Television"
Could you imagine getting actual college credit for a course entitled "What If Harry Potter Is Real?"
This is why many of our college graduates can barely put two sentences together.  They aren't being challenged, and the quality of the education most of them are receiving is incredibly poor.
But even though they aren't being challenged, students are taking longer to get through college than ever.  Federal statistics reveal that only 36 percent of all full-time students receive a bachelor's degree within four years, and only 77 percent of all full-time students have earned a bachelor's degree by the end of six years.
Of course our system of education is not entirely to blame.  The truth is that young Americans spend far more time consuming media than they do hitting the books, and what passes for "entertainment" these days is rapidly turning their brains to mush.
According to a report put out by Nielsen, this is how much time the average American spends consuming media on various devices each day...
Watching live television: 4 hours, 32 minutes
Watching time-shifted television: 30 minutes
Listening to the radio: 2 hours, 44 minutes
Using a smartphone: 1 hour, 33 minutes
Using Internet on a computer: 1 hour, 6 minutes
When you add it all up, the average American spends more than 10 hours a day plugged into some form of media.
And if you allow anyone to pump "programming" into your mind for 10 hours a day, it is going to have a dramatic impact.
In the end, I truly believe that we all greatly underestimate the influence that the mainstream media has on all of us.  We willingly plug into "the Matrix" for endless hours, but then somehow we still expect "to think for ourselves".
There are very few of us that can say that we have not been exposed to thousands upon thousands of hours of conditioning.  And all of that garbage can make it very, very difficult to think clearly.
It is not because of a lack of input that we have become so stupid as a society.  The big problem is what we are putting into our minds.
If we continue to put garbage in, we are going to continue to get garbage out, and that is the cold, hard reality of the matter.