The Church In Iran: Persecution & Growth 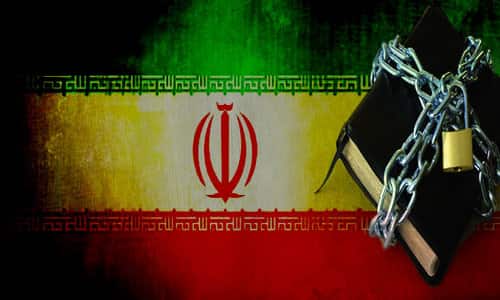 By PNW Staff June 14, 2018
Share this article:
Since the Islamic Revolution of 1979, the mullahs of Iran have maintained a stranglehold on the country at every level, and the past decade has seen an increasingly strict crackdown on religious freedom in the theocratic nation. The biggest threat to the absolute rule of Islam in Iran? Christianity.
A few churches have been registered and monitored while others were forced to shut down. Bibles are routinely confiscated, and their owners fined or jailed. Public practice of Christianity, including weddings, has been met with arrests and violence. But despite the desperate attempts of the Islamic regime in Tehran to stamp out it out, Iran now leads the world in the growth of Christianity.

In 2017, Operation World reported that the number of Christians in Iran saw a 19.6% rise in 2016 alone. Elam Ministries, whose goal is to expand the Church throughout Iran and beyond, reports that in the late 90s, there may have been as few as 2,000 to 5,000 Christians, but that number has risen to an estimated 300,000 to 1 million now.
There is significant uncertainty around that exact figure because as the Islamic government of Iran has persecuted Christians and shut down churches, the growth has come from so-called "house churches".
Thousands upon thousands of smaller worship services in homes across Iran have fueled an incredible groundswell of Christian faith unlike few other places in the world. So why is Christianity growing in Iran, a country that notoriously ranks 8th for persecution of Christians?
One factor is the corruption and failure of the Iranian government. The Mullahs hold power and administer the country according to the principles of Islam. Thus, when the economy falters, when corruption is exposed time and time again, when poverty persists, when crime rises and when Iran lags behind the region in development, Iranians associate these failures to the rule of Islam.

If Islam as a political, judicial and social system is followed completely and society suffers, it is only logical to conclude that Islam is not perfect. This doubt has opened the door to the Gospel and allowed Muslims in Iran to open their hearts to Jesus.
Apostasy by Iranian Muslims can carry the death penalty, as can the vague crime of "insulting the Prophet". The Islamic regime has declared house churches to be illegal gatherings, actively searches for former-Muslims to imprison and has begun widely to interpret the practice of other faiths as "insulting the Prophet".
Despite this tightened grip on the population, the Church still grows, as contrasted with Iraq, where the Christian population has dwindled from 1.3 million just 15 years ago to under 300,000 today. Iran's Christian population is projected by CCM Ministries to grow to as many as 7 million by the year 2020.

CCM Ministries has been at the epicenter of the house church movement in Iran and its founder Mani Erfan calls the resurgence of Christianity an "awakening". "It's an astronomical increase, and it's been predominantly young people. The youth have been restless and have looked toward an alternative to the regime and Islam. It's become a counter-revolution to the Iranian Revolution."
To the youth of Iran, Western culture and Christianity represent a powerful attraction away from the culture of repression and deprivation of the Islamic Mullahs. Millions may now accept Christianity, a religion of faith and of hope, as salvation from Islam.
Though the numbers of converts may be difficult to pinpoint precisely, there is no doubt that the tremendous growth of Christianity in the Islamic Republic of Iran has the potential dramatically to reshape the geopolitics not only of Iran but of the entire Middle East region.