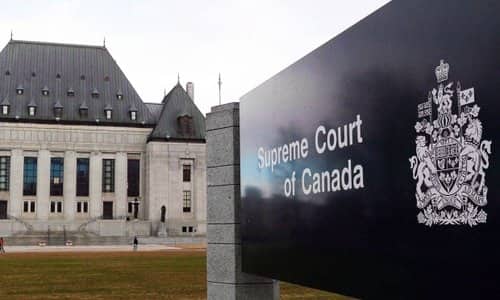 By Michael Brown/Ask Dr Brown June 18, 2018
Share this article:
In a ruling that is sure to send shock waves through the nation, Canada's Supreme Court ruled 7-2 against Trinity Western University's (TWU) Law School.
In effect, what the court declared is that universities must choose between biblical standards and accreditation. Put another way, the court ruled that Christianity and higher education are incompatible. I am not exaggerating in the least.

Here's a brief summary of the case for those who are not familiar with it. Trinity Western is a Christian university that requires its students and faculty to live by basic Christian standards. This means that to be a student or faculty member in good standing, you can't commit fornication or adultery, nor can you engage in homosexual relationships.
There's nothing surprising with these requirements, and there are thousands of schools in North America with similar standards. These include Christian schools from K-12, Christian colleges, Bible schools, seminaries, and universities.
These standards have long been part of TWU's mandatory covenant, which requires "that all students and faculty pursue a holy life 'characterized by humility, self-sacrifice, mercy and justice, and mutual submission for the good of others.'
It requires members to abstain from using vulgar language, lying or cheating, stealing, using degrading materials such as pornography, and 'sexual intimacy that violates the sacredness of marriage between a man and a woman.'"
Again, this is gospel 101, the basic requirements of Christian discipleship. And it is honorable that TWU seeks to live this out on its campus.

Unfortunately, when TWU opened its law school, it fell afoul of Canada's LGBT activists and their allies. They argued that TWU was discriminating against LGBT students, because of which students graduating with a bona fide law degree should not be allowed to practice law in Canada.
There was a ray of hope for TWU when a regional court ruled in its favor. But now, "In a pair of 7-2 rulings, the majority of justices found the law societies of British Columbia and Ontario have the power to refuse accreditation based on Trinity Western University's so-called community covenant."
Or, to paraphrase, the Supreme Court ruled that if a Christian law school wants accreditation, it must abandon biblical values. How else can this be interpreted?
"The majority judgment said the covenant would deter LGBT students from attending the proposed law school, and those who did attend would be at risk of significant harm."
Significant harm? If so, why? Because of biblical teaching. Because of Christian values. This the locus of the battle. This is the point of conflict.
Parse it however you like, but this is the hardcore truth.
"[The judgment] found the public interest of the law profession gives it the right to promote equality by ensuring equal access, support diversity within the bar and prevent harm to LGBT students."
In other words, "diversity" according to the LGBT lexicon. Diversity meaning "the LGBT way or the highway." Diversity meaning, "all views are welcome other than biblical Christian views."
That's why we've been raising our voices for so many years. That's why we've been warning. That's why we've said that those who came out the closet want to put us into the closet. That's why we've said that LGBT activism was never simply about "tolerance." It was about the silencing of competing views.

And if it could happen in Canada, it could happen in America. (For the skeptics and mockers, give me one good reason why this could not happen here. And note that TWU was not some tiny school hidden in a corner. It has "40 undergraduate programs and 17 graduate programs.")
On a more personal, individual level, what happens to all the law students at TWU? What happens to those who spent years studying and invested tens of thousands of dollars in getting a law degree, only to be banned from practicing law in Canada because their school holds to Christian values? What about the significant harm experienced by them?
Honestly, I don't know where TWU goes from here. And I don't know how the believers in Canada will respond.
But I can say this to my friends and colleagues and fellow-educators and communicators here in America: We either use our liberties or lose them. We either stand fast and stand tall and stand strong, or we cower in a corner. We either do what's right today, or we apologize to our children tomorrow.
Originally published at Ask Dr Brown - reposted with permission.