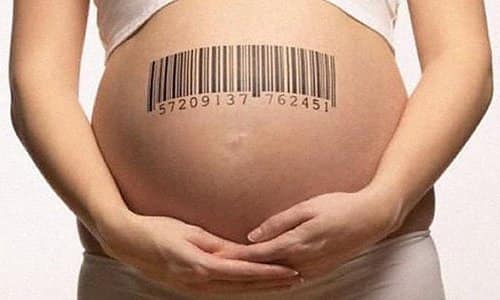 By John Stonestreet/Breakpoint.org July 10, 2018
Share this article:
Well reality television has just given us a whole new, and tragic, answer to the question, "Where were you born?"
The Bravo reality show "Flipping Out," recently filmed and aired the birth of a little girl, Monroe Christine. But the focus was not the miracle of birth or the sanctity of life.
You see, Monroe Christine was born to a surrogate mother named Alexandra Trent, who turned over the rights to her biological child to a couple unable to have a child of their own--the stars of the show, Jeff Lewis and Gage Edwards. Alexandra is now suing the gay couple.

Writing in First Things, Brandon McGinley explains, "As part of the transaction, Alexandra agreed to have her ultrasounds filmed while the men who paid for Monroe watched. But, according to Alexandra, she did not agree to having her delivery ...broadcast. And she certainly did not agree to the reality star's commentary on her delivery."
The comments that Trent is objecting to are the vile, mocking and cruel remarks made by Jeff Lewis about the mother's private parts and hygiene. It's disgusting that the Bravo network even chose to air it.
I hope Trent wins, but there are bigger issues at play here.
As we say over and over on BreakPoint, marriage has two ultimate functions--the unitive and the procreative. God placed sex within the context of marriage to bring both intimacy and children. Homosexual unions are, of course, inherently sterile unions.
The arguments for same-sex marriage, which were embraced and advanced by Justice Kennedy in his Obergefell opinion, intentionally severed the long-recognized, inherent link between marriage and having babies.

But now, in a bait-n-switch, more and more same-sex couples are claiming a right to have children. Let me be clear: After choosing an intentionally sterile union, many are claiming a right to have children. That, of course, means access to reproductive technologies and services such as commercial surrogacy, something recently legalized in the state of Washington.
You'll be hearing more and more claims about this so-called right in what's known as the "Universal Parentage Act."
Of course, God designed sex, marriage, and babies as a package deal. There's no room, biblically-speaking, for third party involvement in procreation. But even leaving the Bible out of it, making reproduction into a commercial transaction leaves women vulnerable to exploitation. That's why the European Union bans the practice.
Surrogate mothers are treated purely as a means to an end; dehumanized as was obvious in the way Trent was treated. And children are treated as products of a commercial process, forced into a lifetime in which  "mommy" and "daddy" are socially reinvented. To intentionally create this situation--to intentionally bring children into existence and rob them of basic human rights should be unthinkable.
Little Monroe Christine is both the product and the victim of a social experiment.

It's stunning to me that an increasing number of Christians embrace and approve of surrogacy. I've talked about it at length on BreakPoint, and we've just wrapped up an online short course addressing reproductive technologies. We will continue to speak out. And we've put together some resources at BreakPoint.org, including McGinley's important article from First Things.
As McGinley writes, Ms. Trent may move on with her life, but little Monroe Christine will have to live with this episode, and God forbid, future episodes, for the rest of her life. "She will always have been born on television," McGinley writes. "Her childhood will always have been a marketable commodity. She will always be the product of the will and the checkbook of two men."
Monroe Christine, McGinley goes on to say, "is a little girl who was paid for by two men. Her mother was picked out of a catalogue; the woman who gave birth to her was a contractually obligated guest star on a television show who was publicly humiliated by her father."
"Remember Monroe Christine when you hear words like 'equality,' 'autonomy,' and identity.' Who is equal, and who is a symbol of someone else's equality? Who is autonomous, and who is an expression of someone else's autonomy? ...Who is a person, and who is an accessory? Who is an end, and who is a means? Who is a girl, and who is a pet?"
Originally published at Breakpoint.org - reposted with permission.