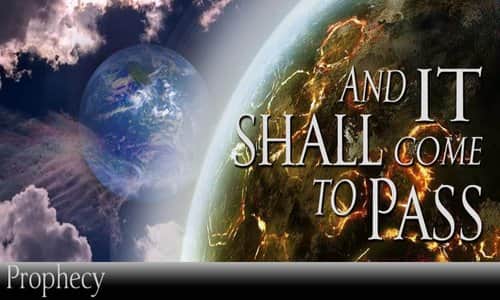 By Jan Markell/Olive Tree Ministries July 13, 2018
Share this article:
The malady goes by many names: End-time weariness; Rapture fatigue; Israel burn-out. The results are the same: The scoffers and skeptics are gaining too much territory and too many followers.
The fact that the King is coming is boring and just old news. What Hal Lindsey wrote in 1969 in his classic "The Late-Great Planet Earth", in the eyes of many, did not come to pass. Thus, there is a collective so-what sigh.
Haven't we waited long enough??
It is the tragedy of my lifetime - and I never thought I would see the day.
Late-Great Burn-Out?
Recently I read a revealing article in The Guardian recommended by Bill Koenig. It talks about the destruction of the new Christian progressiveness. This article suggests:
- "The Late-Great Planet Earth" and the "Left Behind" series prophesied a lot of things that have not yet come to pass. Haven't we waited long enough? Isn't it time to move on from their message?
- Those who hung onto the words of the popular 1970s Larry Norman song, "I Wish We'd All Been Ready" have also waited long enough. Life has always been filled with guns and war and everyone gets trampled on the floor as the song goes, but so what? Almost 45 years have passed and the world is still groaning. It's time to move on.
- "We've been through all of this before" has replaced apocalyptic fervor! There is nothing new under the sun. Your words of warning are now falling on deaf ears.
- Maybe you evangelicals have sided with the wrong players. Don't you know that hundreds of innocent Palestinians are being killed daily by apartheid Israelis?
End-time weariness. Rapture fatigue. Late-Great burn-out. The Chosen People have lost their chosenness. The article in The Guardian suggests all this and more!
The Spoilers: Date-Setters
Add to this mix that some date-setters have been wrong. Edgar Weisenhunt and Harold Camping not only set dates, but re-set dates when nothing happened the first time! Hal Lindsey never said 1988 was the date of the Rapture but that was the accusation. He suggested 40 years after 1948 was an intriguing date. That's all.
The Bashers
Then came the bashers who are respected in some circles. Hank Hanegraaff said there was no Rapture to be found in the Bible. Who knew? Well, he's no Bible Answer Man to me.
Lynne Hybels and World Vision teamed up to condemn Israel as almost barbaric persecutors of the Palestinians in their one-sided "Hope for the Holy Land" tours across America.
What's in the water Frankie Schaeffer is drinking? When he, like Hanegraaf, joined the Eastern Orthodox Church, he went sideways. He now goes into tirades on MSNBC against what his parents - Francis and Edith Schaeffer - might have believed about the end-times.
He slams his "good friend" Jerry Jenkins for coming up with the "Left Behind" books that belong in the Twilight Zone category according to Schaeffer. What's in them can only be believed by white evangelicals who support Donald Trump, says Frankie.
Internet broadcaster Rick Wiles consistently says that Dispensationalists and Christian Zionists are the root of the world's problems and also the church's problems. We are destroying the world.
Destructive Social Justice
If your teen or twenty-something kid goes off to a Justice Conference, they will likely hear Marxist Cornell West rather than any pro-Israel speaker. The Catalyst Conferences aren't much better when it comes to promoting end-time theology. A persecuted Palestinian might be an honored guest so that the social justice cravings of the Millennials can be satisfied.
Social justice has gained ground over good old-fashioned evangelical support for Israel and her God-given land. The under-age-40 crowd is listening to voices that are not telling the truth. They are hearing that Israel is illustrative of a new form of apartheid; that the Palestinians had their land stolen; and don't you know that the Church is the new Israel?
Most reject what their parents grew up on: Israel is the apple of God's eye and the key to the end of the age.
These are just a few of many reasons why this glorious message that years ago had nearly every Christian excited that today might be the day is now a big yawn! It is now a wake-me-when-it's-over sentiment. Add to that the fact that our churches have dropped this message!
Deja vu All Over Again!
So when stunning events take place such as the moving of the U.S. Embassy to Jerusalem, the aligning of the nations in the Mideast that could be a part of the Gog-Magog War, and the convergence of dozens of end-time signs, there is a collective sigh. Some will say it's déjà vu all over again. You said that 40 years ago. Nothing happened.
So the fact that things are all coming together excites only a tiny remnant who will never grow weary of keeping their eyes on the sky! If you are among them, hang in there. He is coming soon and Israel remains the apple of God's eye!
Jan Markell is the founder of Olive Tree Ministries and will be one of the featured speakers you can livestream free this weekend - July 13/14  at the God's Prophetic Voices To America Conference.
Learn more about the fee live stream here.