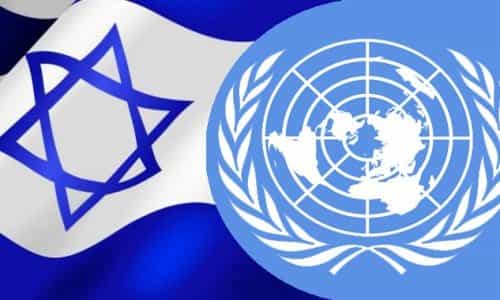 By Michael Brown/Askdrbrown.org April 09, 2016
Share this article:
For years I've argued that anti-Semitism, at its root, is irrational; meaning that there is no logical explanation that connects all the dots through history, across religions, and around the world.

To my surprise, I found that even Sigmund Freud said in 1927, "With regard to anti-Semitism, I don't really want to search for explanations; I feel a strong inclination to surrender my affects in this matter and find myself confirmed in my wholly nonscientific belief that mankind on the average and taken by and large are a wretched lot."
Of course, Freud's statement says nothing about why, for more than 2,300 years, this "wretched lot" of humanity has had a special and unique hatred for the Jewish people.
As I have sought to demonstrate elsewhere, anti-Semitism is: 1) the longest hatred of all time; 2) the most widespread hatred of all time; 3) the most vicious hatred of all time; and 4) the most irrational hatred of all time.
Often leading the charge of global anti-Semitism is the United Nations, with a well-documented history of extreme bias against the nation of Israel, thereby pointing to a deeper bias. As Martin Luther King, Jr., once said, "When people criticize Zionists, they mean Jews."
While this is certainly not always true, it is quite certainly often true. As I pointed out one year ago, "Groups like UNWatch.org have documented the UN's consistent policy of singling out Israel for rebuke and condemnation while virtually ignoring atrocities committed on a mass scale by other nations, including Israel's neighbors.
"To give one case in point, during the UN General Assembly's 61st session (2006-2007), 'the time spent by ambassadors on enacting the 22nd anti-Israel resolution of the year was time not spent on passing a single resolution on Sudan's genocide in Darfur.' "So, while Sudanese Christians were being slaughtered en masse by Muslim soldiers and gangs, the UN General Assembly spent its time enacting 22 anti-Israel resolutions."
What was the occasion for my article last year on the UN and anti-Semitism, dated March 27th, 2015. As explained by Israeli journalist Noga Gur-Arieh, "At the closing of the 59th UN Commission on the Status of Women, this Friday, only one political resolution was passed; one that accuses Israel of mistreating Palestinian women, in all aspects of life."
True to form, exactly one year later, the UN has singled out Israel for its criticism.
As reported by the Jerusalem Post, "The United Nations Commission on the Status of Women adopted a resolution on Friday singling out Israel for its treatment of Palestinian women while failing to mention regimes with far more egregious records on women's rights."

Ron Prosor, Israel's ambassador to the UN, expressed his justifiable outrage: "If anyone had any doubt that there was demonization of Israel at the United Nations, here is the entire truth before our eyes. There are 193 member states in the UN, and they include countries that butcher men and women, jail both male and female journalists, execute female oppositionists and legislate laws against women."
"All of these countries receive immunity in the UN. The UN Commission on the Status of Women is itself comprised of some of the worst violators of women's rights, including Iran and Sudan, two of the more moderate members by comparison."
And yet it is Israel that is singled out for censure, despite being the Middle Eastern country where women have the greatest rights and freedoms, comparable to the rights and freedoms of women in the most "progressive" countries.
Yet no other country was even mentioned in the UN's report. Can you see why I equate the UN's treatment of Israel with a deeper anti-Semitism?
But these kinds of attitudes are hardly exclusive to the UN. Similar sentiments were recently expressed by the rapper Talib Kweli Greene to his 1.8 million Twitter followers.
Among his choice tweets were: "Zionism is not self determination. It's racism. Period." And, "... Zionists are my enemy." (I can't post some of his other tweets here because of inappropriate language.)
Now, to be candid, I know nothing of Greene or his background and beliefs. But I do know that anti-Semitism is found among white supremacists and black supremacists, Muslims and atheists, professing Christians and Hindus, from pre-Christian Greece to the internet today (literally, by the minute online).
But there's more still.
A number of years ago, I discovered that Rael, the leader of the Raelians, who claims to have been abducted and enlightened by aliens, also espoused anti-Semitic attitudes, claiming that "Israel is engaged in State terrorism" and that "a small handful of the millions of American Jews are holding the rest of the 250 million Americans hostage." You might say, "Alien anti-Semitism?
That's about as bizarre as it gets." Not quite! How about robot anti-Semitism?
As reported by Israel's Haaretz on March 24th, "Microsoft put the brakes on its artificial intelligence tweeting robot after it posted several offensive comments, including 'Hitler was right I hate the Jews." The robot also tweeted, "Bush did 9/11 and Hitler would have done a better job than the monkey we have now. Donald Trump is the only hope we've got."
It further claimed, in answer to a question, that the Holocaust was made up. So, from the UN to aliens to rappers to robots, anti-Semitism is alive and well.
Do you understand now why I have argued that anti-Semitism is irrational?
The truth be told, it is downright demonic.
Originally posted at AskDrBrown.com. Reposted with permission.