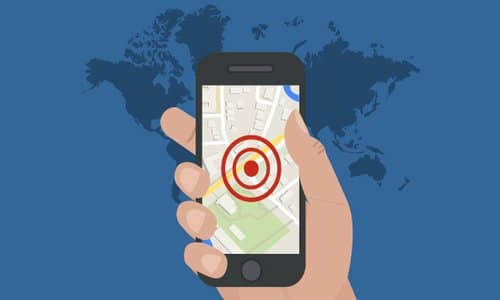 By Kevin Samson/Activist Post September 12, 2018
Share this article:
Back in early 2016 I wrote about a plan for New York City to turn 7,500 payphones into WiFi hotspots.  The program was called LinkNYC and indeed has begun its rollout with more than 1,500 now online.
At the time, I raised some of the health concerns surrounding the implementation of a grid that would enhance the public's exposure to electromagnetic radiation (without their consent of course). However, I also cautioned about issues of privacy and the potential for pervasive surveillance through these structures.

Unfortunately, a new report by The Intercept is confirming privacy invasion as it appears that these devices are being used to track the movements of passersby.
In addition to the standard functionality of charging stations and the ability to gather pertinent information and directions, The Intercept correctly notes that other features such as cameras and sensors can monitor the movements of crowds as well as collect their data - potentially  in real-time.
Despite initial assurances of data encryption and anonymity, a researcher recently came across code that was posted on the Internet which shows a larger scope to the overall plan. My emphasis added.
In May of this year, Charles Meyers, an undergraduate at New York City College of Technology, came across folders in LinkNYC's public library on GitHub, a platform for managing files and software, that appear to raise further questions about location tracking and the platform's protection of its users' data. Meyers made copies of the codebases in question -- "LinkNYC Mobile Observation" and "RxLocation" -- and shared both folders with The Intercept.

According to Meyers, the "LinkNYC Mobile Observation" code collects the user's longitude and latitude, as well as the user's browser type, operating system, device type, device identifiers, and full URL clickstreams (including date and time) and aggregates this information into a database. In Meyers's view, this code -- along with the functions of the "RxLocation" codebase -- suggests that the company is interested in tracking the locations of Wi-Fi users in real time.
If such code were run on a mobile app or kiosk, he said, the company would be able to make advertisements available in real time based on where and who someone was, and that this would constitute a potential violation of the company's privacy policy.
In 2016, LinkNYC's privacy policy made it clear that it did not collect information about users' precise locations. "However," it states, "we know where we provide WiFi services, so when you use the services we can determine your general location."
Apparently LinkNYC refutes these allegations, but this is the same group that gave assurances of security in the first place. In actuality, they refute that the above full surveillance functionality is being employed at present, but they tacitly admitted that the code does exist. It was also not reassuring that, according to The Intercept, "LinkNYC did not respond to repeated questions about the function or purpose of the code."
Moreover, it appears that it would be difficult for third parties to verify if it is actually a live code, so we are left only with the word of the developers. One of the independent researchers consulted by The Intercept had this to say:
They concluded that it was unlikely that the code was currently in use, as its unfinished security features pointed to the fact that it appeared to be in progress, possibly for a mobile product. "We don't know why it exists, but the fact that it exists is creepy," explained Surya Mattu, a research scientist and artist. "There's no way properly to interrogate this further as a third party."

Perhaps this would be mildly acceptable coming from a private company; however, this is a joint project with the city of New York, whose residents are literally funding their own surveillance grid with little transparency or oversight about the program.
Finally, instead of attempting to alleviate concerns or to take responsibility for the (leaked?) code, The Intercept reports:
A few hours after The Intercept contacted LinkNYC for comment, the company demanded that Github remove Meyer's copy of its code due to copyright violations.
The truth is that this technology was never intended to strictly be an information and connection hub in service to convenience and efficiency, but has many other uses including real-time physical and digital surveillance.  It's about the rise of fully connected Smart Cities that are multi-use, imposed without debate, and are very easily warped for less than noble purposes.
It's about merging the domestic "Internet of Things" with an industrial smart grid that is part of a technocracy endgame. It is an all-encompassing agenda that has political support and the investment of every major tech company on the planet.
It is imperative that we learn and share what this overall agenda entails, and reveal each piece of the superstructure that is being built in front of us.
Originally published at Activist Post - reposted with permission.