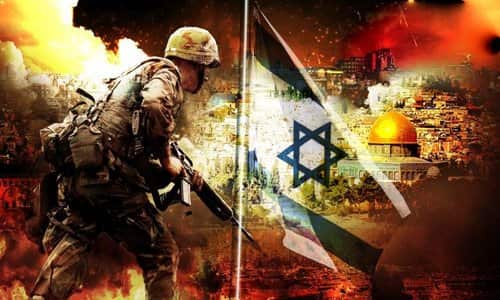 By Itmar Marcus/JNS.org October 12, 2018
Share this article:
The most important religious figure in the Palestinian Authority and the closest to Palestinian Authority leader Mahmoud Abbas, continues to tell Palestinians that the conflict with Israel is an uncompromising religious war for Islam against Israel and Jews.
Mahmoud Al-Habbash, who was appointed by Abbas as his personal advisor on Islam and the PA's Supreme Shari'ah Judge, recently stated that conflict today with Israel is "The Battle of History between Islam and the enemies of Islam."

Israelis/Jews are the "enemies of Islam," "enemies of Muslims," have a "culture of Satan," and represent "evil." Worse yet, Al-Habbash explained that the current battle is not just another battle on behalf of Islam. It is the ultimate battle described in the Kouran as the "final promise," leading to great destruction for the "Children of Israel."
It should be noted that Al-Habbash teaches this message of epic religious war to a very religious Palestinian Muslim population. Polls consistently find that 95 percent of Palestinians saying that religion is "important" for them.
Al-Habbash: "Jerusalem is the arena of conflict between us and the colonialist project [Israel] ... Jerusalem's [Al-Aqsa] Mosque apparently is the heading for the eruption of the conflict and The Battle of History between Islam and the enemies of Islam; between the Muslims and the enemies of Muslims; between the Islamic culture in all its splendor and human glory and the culture of Satan attempting to establish oppression and aggression at the expense of the culture of truth and goodness.
This mosque is decreed to be the arena of the battle between good and evil. This mosque and this wonderful city--the city of history, religion, and culture, Jerusalem - are decreed to be the heading of the conflict. ... Jerusalem is the heading of this battle, this conflict, and this round, which I and many others see as the key, as the first step, as the spark of the battle of the 'final promise.' "

While depicting the conflict between Palestinians and Israelis not as a political conflict but as one between Islam and "the culture of Satan," Al-Habbash referred to "the final promise." "The final promise" is mentioned in the Koran in Sura 17 where Allah addresses the Jews, referred to as "the Children of Israel," and can be seen as referring to either a battle of the past or a battle in the future in which Jews experience "total destruction".
In his talk, Al-Habbash explicitly said that he and others interpret this as referring to a battle yet to come, and the battle with Israel today over Jerusalem is "the spark of the battle," meaning, the beginning of this war of destruction:
"Jerusalem is the heading of this battle, this conflict, and this round, which I and many others see as the key, as the first step, as the spark of the battle of the 'final promise.' "
Originally published at JNS.org - reposted with permission.