The New Jihad: More Threatening Than Ever 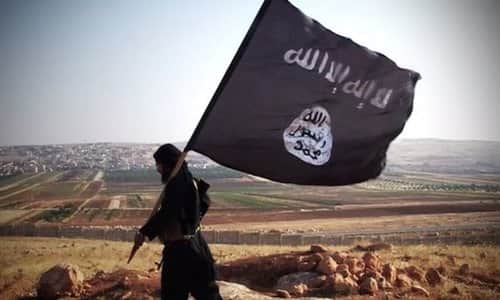 By Guy Millière/Gatestone Institute November 06, 2018
Share this article:
When the Barcelona terror attack took place August 17, 2017, as horrible as it was (13 deaths, 130 injured), the jihadists did not consider it a success. They had a more lethal project. They wanted to drive vans packed with explosives into the of the Sagrada Familia basilica and two other tourist areas of the city.
That, however, was the last major jihadist attack in a Western country. The Manchester attack had taken place two month earlier, on May 22, 2017; the attack in Nice, France, had taken place on July 14, 2016; and the in Orlando attack, in Florida, on June 12, 2016.
The destruction of the Islamic State under President Donald J. Trump has not only deprived jihadists of what had become a rear base and training camp; it also deprived them of the idea that they could quickly defeat the West.

Soon, awareness of the danger embodied by radical Islam faded in the United States and was largely erased in Europe. Knife attacks and the slaughter of passers-by in France or Britain were not treated by the mainstream media as more important than road accidents. Jihadist murderers were usually immediately defined by the authorities as mentally disturbed.
In Europe, the names of the murderers were often hidden to avoid possibly firing up anti-Muslim "prejudices".
What happens in other parts of the world rarely makes headlines and is usually treated as a local problem of no global importance. Stabbing Israelis and launching rockets and incendiary kites and balloons from Gaza into Israel are looked on as strictly part of "the Middle East conflict." Attacks on Coptic Christians in Egypt are defined as an Egyptian problem.
More than 1,800 Christians massacred in Nigeria are barely mentioned in the news. The death sentence for blasphemy in countries such as Pakistan are not mentioned at all.
Radical Islam may be on the defensive, but its offensive has not stopped. The main Islamist organizations appear to be waiting for the moment to strike again. Al Qaeda was recently described in a January 2018 UN report as "strong," "influential," and "resilient."
Islamic State may have lost territories it once ruled in Syria and Iraq, but, according to the UN report, "The group continues to transform into a terror organization with a flat hierarchy, with cells and affiliates increasingly acting autonomously."
Groups of Islamist jihadis are still active in Libya, where they control people-smuggling activities and infiltrate their operatives among the migrants trying to cross the Mediterranean to Europe. The police keep seizing components used to make explosive devices and have foiled attempted attacks on European soil, but instructional videos still circulate.
What is important to emphasize is that radical Islamists use means other than terrorism to gain ground. The Muslim Brotherhood, the main Sunni Islamist organization, has never rejected violence, but says it prefers da'wa (proselytizing, infiltration and influence) to attain power in the Muslim world and beyond. Sayyid Qutb, its leader in the 1950's, said that the aim of the Muslim Brotherhood was to "establish Islamic rule" wherever it was possible, by "any means available".
Its members may have thought they were achieving their objective during the uprising journalists called the "Arab spring." Unfortunately for them, former Egyptian President Mohamed Morsi's attempt to make Egypt an Islamic totalitarian state, and the economic collapse that resulted, led to a takeover of the government by Egypt's current president, Abdel Fattah al-Sisi, and to a crackdown that eradicated the organization there.

The Muslim Brotherhood, however, has not vanished. It still has the support of Turkey and Qatar, and Hamas was founded as the Palestinian branch of the Muslim Brotherhood.
Reports show that members of the Muslim Brotherhood can rely on a network of affiliates in over 70 countries. They keep up their hope of winning throughout the Muslim world, but their main target seems to be to transform the West.
Leaders of the Muslim Brotherhood appear to think that if the West falls, the rest of the world will fall thereafter. In the US, the Muslim Brotherhood has unofficial branches that try to hide what they actually are, but that are extremely active: these include the Council for American Islamic Relations (CAIR), the Islamic Society of North America (ISNA).
The Muslim Brotherhood is deeply implanted in Western Europe, where it controls many organizations and charities that also do their best to hide what they are. These include the "The Islamic Community of Germany," the Muslim Association of Britain, and "The Muslims of France."
The Muslim Brotherhood has, in addition, created vast networks of mosques and schools that recruit, indoctrinate and claim that the future of Western Europe will belong to Islam and that Europeans will continue to submit.
This week, the unelected judges of the European Court of Human Rights submitted to the demands of Sharia blasphemy laws and decided not to allow criticism of Muhammad, lest Muslim feelings be hurt. The court actually chose hurt feelings over freedom of expression and truth as a defense. It is probably time to unelect these unelected judges.
Islamist organizations are present and growing. Often, they join forces to advance intimidation campaigns that push governments, the mainstream media and universities to ban all criticism of Islam and to enforce a growing Islamization of everyday life.
Examples include efforts to change academic programs to present Muslim civilization in a more attractive light; efforts to have hospitals accept that Muslim women may be examined only by female doctors, and that social service agencies must respect polygamy.
Many organizations rely for support on "fellow travelers" -- mainly Westerners who hate Western civilization and may see the rise of Islam as a means of destabilizing it. They want, and get, results.

Western European politicians, left and right, increasingly rely on the Muslim vote to get elected: they see that the birthrates (now well below replacement levels) and migratory flows create a population change; they calculate that being too hostile to Islam could lead to their political defeat.
Although the Swiss Islamist author Tariq Ramadan remains jailed in France over rape accusations, his books are still move up bestseller lists. Islamic bookstores are becoming more and more numerous. They sell anti-Semitic and anti-Western books that incite violence. No-go zones continue to proliferate in France, Britain and now in Germany. In his book No Go Zones, Raheem Kassam shows that female genital mutilation, sexual assault, and sometimes honor killings take place in these areas.
A few politicians -- Hungarian Prime Minister Viktor Orbán, Italy's Deputy Prime Minister and Minister of the Interior Matteo Salvini, and Austrian Chancellor Sebastian Kurz -- are trying to defend European civilization. They are dragged in the mud by Merkel, May, Macron and other Western European leaders. The chance of Orbán, Kurz and Salvini to win the fight in the short term is limited by the rapid aging of their country's populations.
Authors criticizing Islam are still allowed to write in Western Europe, but, with some exceptions, such as Éric Zemmour in France or Thilo Sarrazin in Germany, they are now almost totally ignored by the mainstream media. All of them are harassed by Islamists and sometimes by prosecutions. Anyone who has left Islam risks being killed.
Some have chosen to escape to a safer part of the world. Ayaan Hirsi Ali left the Netherlands in 2006 and is now an American citizen. Others, who stayed in Western Europe, have to live under police protection. Hamed Abdel-Samad, a former member of the Muslim Brotherhood who now lives in Germany, is the author of Islamic Fascism. Abdel-Samad says what Western European leaders refuse to see: "Islam is a religion of war". In a recent interview, he added that when a non-Muslim country is strong, "Islam can end up agreeing to coexist", but when a non-Muslim country is passive, "war comes back" on the horizon. This war, he added, "can be violent. It can be non violent". Western European countries show all the signs of being passive.
The United States is stronger. Will it remain a safe haven for ex-Muslims and freedom of speech? The Islamists are at work. Some in mosques incite violence. They find support. They intimidate institutions. In April 2018, M. Zuhdi Jasser, a practicing physician and founder and president of the American Islamic Forum for Democracy, which advocates the separation of religion and state, was invited to speak at Duke University. Under pressure from Islamist students, the invitation was cancelled; it was then reinstated.
In 2014, when Brandeis University wanted to honor Ayaan Hirsi Ali, an author who abandoned Islam, Islamic organizations and "progressives" demanded that Brandeis to revoke the invitation. She was "disinvited" and the invitation not extended again. Hirsi Ali said:
"As someone who has known what it is to live without freedom, I watch in amazement as those who call themselves liberal and progressive - people who claim to believe so fervently in individual liberty and minority rights - make common cause with the forces in the world that manifestly pose the greatest threats to that very freedom and those very minorities... We need to say to Muslims living in the West: if you want to live in our societies, to share in their material benefits, then you need to accept that our freedoms are not optional".
Originally published at Gatestone Institute - reposted with permission.