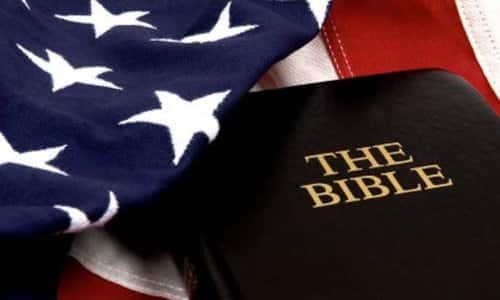 By PNW Staff December 05, 2018
Share this article:
Ligonier Ministries and LifeWay Research has published their most recent State of Theology study, and the results show a confused collection of beliefs held by American Christians and especially evangelicals.
The study consisted of interviews with 3,000 adult Christians and follows similar surveys given in 2014 and 2016. Startlingly high percentages of respondents again revealed clearly heretical beliefs when they were asked about the nature of God and belief, their opinions on certain sins and the role of the Bible.

How much of this heretical belief is the result of poor education in Christian theology and how much indicates the influence of external cultural factors that are slowly warping what millions of Christians across the country believe? That remains to be answered, but the results of these questions show several interesting trends in belief following the previous surveys as well as demographic trends among generations.
To give an example of how the survey exposed heretical beliefs held by the majority of the Christians interviewed, 52% responded that most people are basically good, 51% believe that God accepts the worship of all religions and 78% subscribe to the Arian Heresy, which teaches that Jesus was the first and great being created by God the Father. In fact, Jesus is not a created being; He is God the Son.
Ligonier concluded that "Overall, US adults appear to have a superficial attachment to well-known Christian beliefs. For example, a majority agreed that Jesus died on the cross for sin and that He rose from the dead." When examining issues of theology that go deeper than these basic Christian beliefs or ask the interviewed Christians to wrestle with difficult ethical issues, their reliance on popular opinion and cultural relativism became clear.

A majority of 59% stated that the Holy Spirit is a force, not a personal being, and most shocking of all, the survey showed that 62% of American Christians surveyed believe that "religious belief is a matter of personal opinion and not of objective truth."
A majority still believes that salvation comes through faith rather than good works and although they believe in the doctrine of the Trinity, they also hold contradictory beliefs that put Jesus outside of the Trinity. The belief that Jesus was a created being is a heresy refuted and condemned at the Council of Nicaea in 325 and also at the Council of Constantinople in 381. This belief was held by 71% of Christians in 2016 and rose to78% in 2018, even though it has not been taught in any American church.
Only 52% of Christians identified abortion as a sin and as many as 38% declared it not to be a sin (others were unsure). Likewise, 41% of Christians interviewed believe that the Bible's condemnation of homosexuality does not apply today. The effects of cultural relativism are clearly visible here across the spectrum of beliefs.

Christians who classify themselves as evangelical claim they see the Bible as the highest authority, but on other survey questions clear contradictions emerge as 30% of Evangelicals admit that the Bible is open for each individual to interpret as he chooses and as society changes.
In the end, whereas some questions seem to indicate increasingly heretical beliefs and others reflect more orthodox Christian theology, the majority of the survey exposes a deep confusion about Biblical theology in general. As Christians interviewed were easily swayed by changes in question phrasing or the inclusion of certain popular "catchphrases" a general lack of theological knowledge was apparent.
Clearly, there is more work to be done not only to identify as Christian but truly to engage with what that means; to educate ourselves not just on a few theological touchstones or fixate on a few words, but to really understand the Bible as the Word of God.