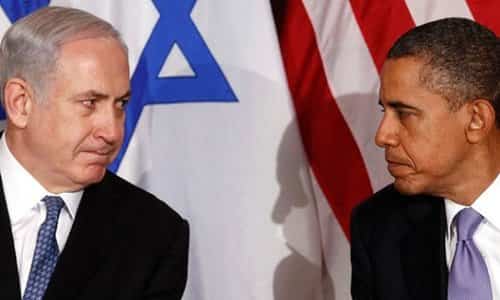 By Alan M. Dershowitz/Algeimeiner.com April 26, 2016
Share this article:
As President Obama winds up his farewell tour of Europe, it is appropriate to consider the broader implications of the brouhaha he created in Great Britain. At a joint press conference with Britain Prime Minister, David Cameron, President Obama defended his intrusion into British politics in taking sides on the controversial and divisive Brexit debate.

In an op-ed, Obama came down squarely on the side of Britain remaining in the European Union - a decision I tend to agree with on its merits. But he was much criticized by the British media and British politicians for intruding into a debate about the future of Europe and Britain's role in it.
Obama defended his actions by suggesting that in a democracy, friends should be able to speak their minds, even when they are visiting another country: "If one of our best friends is in an organization that enhances their influence and enhances their power and enhances their economy, then I want them to stay in.
Or at least I want to be able to tell them 'I think this makes you guys bigger players.'" Nor did he stop at merely giving the British voters unsolicited advice, he also issued a not so veiled threat.  He said that "The UK is going to be in the back of the queue" on trade agreements if they exit the EU.
President Obama must either have a short memory or must adhere to Emerson's dictum that "foolish consistency is the hobgoblin of little minds."  Recall how outraged the same President Obama was when the Prime Minister of a friendly country, Benjamin Netanyahu, spoke his mind about the Iran Deal.
There are, of course, differences: first, Israel has a far greater stake in the Iran deal than the United States has in whatever decision the British voters make about Brexit: and second, Benjamin Netanyahu was representing the nearly unanimous view of his countrymen, whereas there is little evidence of whether Americans favor or oppose Brexit in large numbers.
Another difference, of course, is that Obama was invited to speak by Cameron, whereas, Netanyahu was essentially disinvited by Obama. But under our tripartite system of government - which is different than Britain's Unitary Parliamentary system -- that fact is monumentally irrelevant.
Netanyahu was invited by a co-equal branch of the government, namely Congress, which has equal authority over foreign policy with the president and equal authority to invite a friendly leader. Moreover, not only are the British voters divided over Brexit, but the conservative party itself is deeply divided.
Indeed, the leading political figure in opposition to Britain remaining in the European Union is a potential successor to Cameron as leader of the Conservative party. So these differences certainly don't explain the inconsistency between Obama's interference in British affairs and his criticism of Netanyahu for accepting an invitation from Congress to express his country's views on an issue directly affecting its national security.

So what is it Mr. President?  Should friends speak their minds about controversial issues when visiting another country, or should they keep their views to themselves? Or is your answer that friends should speak their minds only when they agree with other friends, but not when they disagree? Such a view would skew the market place of ideas beyond recognition. If friends should speak about such issues, it is even more important to do so when they disagree.
A wit once observed that "hypocrisy is the homage vice pays to virtue." It is also the currency of diplomacy and politics. That doesn't make it right.
The President owes the American people, and Benjamin Netanyahu, an explanation for his apparent hypocrisy and inconsistency. Let there be one rule that covers all friends - not one for those with whom you agree and another for those with whom you disagree.
For me the better rule is open dialogue among friends on all issues of mutual importance. Under this rule, which President Obama now seems to accept, he should have welcomed Prime Minister Netanyahu's advocacy before Congress, instead of condemning it.
He owes Prime Minister Netanyahu an apology, and so do those Democratic members of Congress who rudely stayed away from Netanyahu's informative address to Congress.
Originally published at Algemeiner.com - Reposted with permission