Lebanon At The Crossroads: Israel & Hezbollah Prepare For Next Conflict 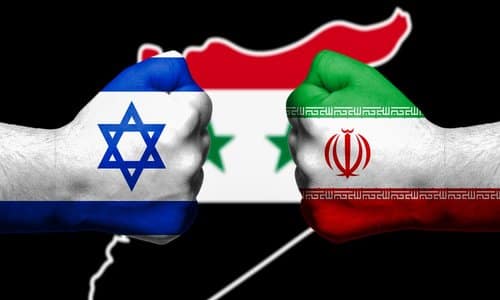 By Jacques Neriah/JNS.org December 20, 2018
Share this article:
At first glance, Hezbollah's silence and its lack of response to Israel's exposure of its attack tunnels during December 2018 seem very surprising. Israel considers the discovery of the tunnels to be a major blow to Hezbollah's strategy. The terror organization intended to take Israel by surprise by using the tunnels to invade the Upper Galilee or parts of it, leading to a major military confrontation with Israel.
For the time being, Hezbollah's leaders, and particularly its Secretary-General Hassan Nasrallah, have chosen to refrain from making any significant comments. Instead, they prefer to respond to the Israeli excavations with ongoing arrogant press coverage intended to ridicule Israel. At the same time, they are keeping a watchful eye on Israeli activities and they claim that as long as Israel continues to drill on its side of the border, there will not be any Hezbollah response.

While Hezbollah's belief that Israel is deterred by the organization's capabilities may explain the lack of reaction from Hezbollah, another reason for the silence may be that Hezbollah is focusing its efforts to uncover the sources (human or otherwise) that enabled Israel to find out about its strategic war plan and complete network of attack tunnels.
The excavation and deployment of these tunnels cost Hezbollah years of human effort and millions of dollars. Yet another possible reason could be that Hezbollah is attempting to understand the timing of the Israeli diplomatic offensive and the implications of uncovering the attack tunnels in both regional and Lebanese contexts.
There is no doubt that Nasrallah will choose to comment on these events at the earliest opportunity. Most probably, he will boast that Hezbollah has even more surprises that Israel is not aware of, and which it will encounter in the next military confrontation if it dares to provoke Hezbollah or initiate any attack on Lebanese soil.
What is Hezbollah's strategy in Lebanon?
In fact, far beyond the Israeli-Lebanese border, Hezbollah is busy with a strategic problem that is preventing it from dealing with Israel at this moment in time. Hezbollah is waging a crucial battle over the control of Lebanese infrastructure. The organization has returned to Lebanon from Syria, where it has left a small contingent. Its next project is to develop a strategy for taking control of the Lebanese government and turning Lebanon into Hezbollah turf through ballots rather than bullets.
In fact, in the May 2018 parliamentary elections held in Lebanon, the Hezbollah coalition gained 80 out of 128 seats in Parliament. However, due to the sectarian distribution of the top positions of the state, the main loser, Sunni leader Saad Hariri, has, oddly enough, been nominated as transitional prime minister in order to form a new government.

Though seven months have elapsed since then, Hariri has not been able to form a government, mainly because of stumbling blocks raised by Hezbollah. According to custom, the Lebanese government is a body comprised of 30 ministers.
Of these, the winning bloc in Parliament gets 15 portfolios, the opposition 10, and five more are the choice of the president of Lebanon. Judging the distribution unfair, Hezbollah has demanded two more portfolios in order to represent the six Sunni pro-Syrian (thus pro-Hezbollah) Parliament members, disrupting the subtle balance existing today in the formula of 15+10+5.
Several proposals for an alternative composition of government (such as 18 portfolios, 24, etc.) have been rejected by both parties. Hezbollah has tried to pressure President Michel Aoun into rescinding his decision to nominate Hariri as caretaker prime minister and asking Parliament to vote in favor of another candidate, more suitable to Hezbollah.
At first, Aoun was tempted to adopt Hezbollah's motion, but he retracted at the last moment because he realized its huge ramifications for the Lebanese body politic and Saudi-Lebanese relations, as Saudi Arabia is supporting Hariri in his efforts while Hezbollah draws its inspiration and support from Iran.
Lebanon's difficult internal situation
In such a state of affairs, Lebanon finds itself in a very dire situation. With no stable government, the internal scene has been experiencing new developments that were previously unknown:
Mounting tension between Lebanon's various sectarian communities, almost at the risk of igniting a new civil war, especially between Sunni and Shi'ite Muslims. At the beginning of December 2018, the internal security forces attempted to summon former parliamentarian Wissam Wahab, a Druze living in a small town called Jahiliyah, to Beirut for an investigation on grounds of blaspheming against Rafik Hariri, father of the present transitional Prime Minister Saad Hariri. However, this ended in the killing of his driver and nearly led to civil war.
A spectacular reconciliation in the Christian camp between Samir Geagea, head of the Lebanese forces (a Christian militia), and the Frangieh family. In 1978, Geagea led the task force that stormed the Frangieh mansion in the northern town of Ehden, killing Tony Frangieh, his wife, and daughter. Tony Frangieh was the son of former Lebanese President Suleiman Frangieh, who invited the Syrian army to intervene in the Lebanese civil war in 1976, when the Christian camp was about to be defeated by the PLO and leftist forces.

Following the killing of Tony Frangieh, the Phalange party (Kataeb in Arabic) was driven out of the northern part of Mount Lebanon. Since then, the Phalange Party has been forbidden to enter any areas considered to be under the control of the Frangieh clan.
Lebanon is so heavily in debt that it is unable to pay back its loans. (It has the third-highest rate of national debt in the world--$81 billion, representing 152 percent of its gross domestic product.) A pledge by foreign donors to provide a financial relief package of $11 billion, made at a Paris conference in April 2018, cannot be honored due to the political and economic situation.
Political parties have taken to the streets to express their disapproval of the political stalemate and economic situation.
Lebanon is suffering from the presence of Syrian refugees, who represent more than 25 percent of its population. It has not succeeded in convincing these refugees to go back home.
The internal infrastructure is crumbling. Beside chronic electricity cuts, rivers (literally) of waste are flowing all over the capital due to an absence of municipal services.
In December 2018, against the backdrop of these developments, Israel accused Lebanon of violating U.N. Security Council Resolution 1701 by allowing Hezbollah to dig trans-border attack tunnels into Israeli territory. Israel has expressed its view that the Lebanese government is responsible and has actually insinuated that Lebanon could become a target for retaliation if a military confrontation started between Israel and Hezbollah.
Judging from the above, it seems that this is not the right time for Hezbollah to confront Israel. Lebanon is at a crossroads, as it struggles for stability. An upheaval in Lebanon does not serve the interests of either Hezbollah or Iran. Therefore, Hezbollah's main arena remains inside Lebanon, including the domination of Lebanese politics.
Once this is achieved, it will be much easier for Hezbollah to confront Israel. However, if Israel was to "infringe" on Lebanese sovereignty (by, for example, blowing up the attack tunnels from the Lebanese side of the border), it would be more than likely to witness a military escalation with Hezbollah.
Israeli Ambassador to the United Nations Danny Danon warned the U.N. Security Council on Wednesday about the threat Hezbollah poses to the Jewish state, calling the terrorist group a "lifeblood" from Iran.
"Hezbollah has built a terror base inside a civilian population, with its end on the Israeli side of the border, all financed by Iran," he said in a special session of the U.N. Security Council. "This not only a clear violation of Resolution 1701, but Hezbollah also uses Lebanese civilians as human shields. If Hezbollah dares to attack Israel, it will bring ruin to Lebanon."
Originally published at JNS.org - reposted with permission