Let's Play A Little Game Called "If Israel Had Done That" 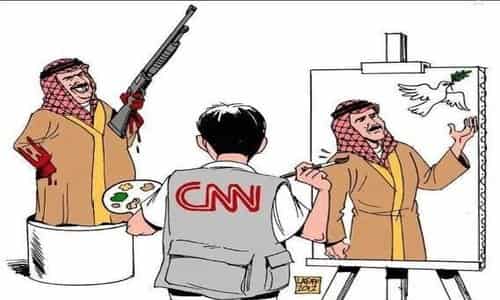 By Stephen M. Flatow/JNS.org April 27, 2016
Share this article:
If you ever wonder whether or not the international community applies an unfair double standard to Israel, all you need do is play a little game that I call "If Israel had done that."

It's easy. Just glance at what's in the news, on any given day, concerning what Palestinian leaders are doing. And then ask yourself: What would the reaction be if Israel had done that?
Take Wednesday, April 20, for example.
Palestinian groups and leaders from all factions publicly praised or justified the recent bus bombing in Jerusalem. Note that it was an attack on a civilian bus, not a military vehicle. And it took place within the 1967 borders -- not in some settlement in "occupied territory." Yet so-called moderates and so-called extremists joined hands in defending the attempted slaughter.
As expected, Hamas, Palestinian Islamic Jihad, and other, smaller factions all praised the bombing. Hamas spokesman Sami Abu Zuhi issued a press release which began, "Hamas praises the Al-Quds (Jerusalem) operation," and Musa Abu Marzouk, a Hamas leader who was at one time in US custody, declared on his Facebook page that the bombing was "a most beautiful gift to our hero prisoners."
Palestinian Islamic Jihad said it "praises" the attack and considers it an illustration of "the importance of resistance as an option."
The Popular Front for the Liberation of Palestine hailed "this heroic action," while the Democratic Front for the Liberation of Palestine (DFLP) praised "these quality operations" against "the crimes of the occupation."
Some years ago, the Bill Clinton administration removed the DFLP from the US list of terrorist groups, claiming the DFLP had given up violence and embraced peace.
And what about the so-called moderate Palestinians? What was the response of Fatah, which is chaired by Palestinian Authority (PA) President Mahmoud Abbas? Fatah's Jerusalem spokesman praised the bombing as "a natural response" to Israeli policies.
When Hamas claimed that Fatah had condemned the bombing, Fatah spokesman Osama Al-Qawasmi rushed to deny what he called Hamas's "lies, falsifications, and forgeries."
Imagine if there had been similar wall-to-wall praise by Israeli political parties in response to one of the extremely rare instances of Jewish terrorism against Arabs. Imagine if every Israeli faction, from right to left, praised Jewish terrorism as "beautiful" and "heroic" and "a natural response" to Palestinian actions.
If just one obscure Israeli rabbi praises Jewish violence, it's treated as major news by the New York Times -- imagine the world's response if Israeli leaders were united in favor of terrorism, as all Palestinian leaders are.

Or how about this April 20 news story: A military court in Hamas-controlled Gaza last week sentenced five Palestinians to death for allegedly "collaborating" with Israel.
Let's leave aside the fact that Hamas sometimes uses the "collaboration" charge to cover up executions that are actually related to trivial feuds or the settling of personal scores.
Let's assume they really did "collaborate" with Israel. Now imagine if Israel announced that it was going to execute five Palestinians for collaborating with Palestinian terrorist groups. Imagine the condemnations that would rain down upon Israel's head from around the world. And contrast that with the silence that has greeted Hamas's execution plan.
Here's another item taken from the April 20 headlines. The PA's Abbas told Spiegel Online that "I do not want to run again" in the next elections. Of course, there is no telling when the next elections might take place, because Abbas's term expired back in 2009 and he has refused to hold a new vote.
Now imagine if Israel's prime minister did that. Imagine if when his term expired, he simply refused to hold new elections, so that he could stay in office.
Would the international community keep silent for seven years, until the prime minister finally announced that he didn't want to run again?
Or would the State Department and United Nations be condemning him every week for being undemocratic? Would the world's newspapers be filled with stories about Israel's dictatorial leader?
And would American Jewish organizations be complaining about how Israel's prime minister was acting contrary to democratic values?
So why doesn't anybody say anything about Palestinian leaders justifying bus bombings? Why is everybody ignoring Hamas's executions? And why is everyone silent about Abbas's president-for-life style of governing?
I guess we all know the answers to those questions. And thanks for playing "If Israel had done that."
Originally published at JNS.org - reposted with permission.