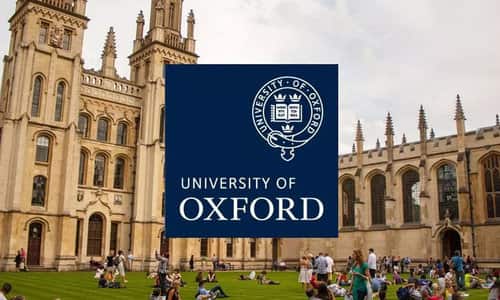 By Jonathon Van Maren/Bridgehead.ca January 10, 2019
Share this article:
In a shocking turn of events, Oxford students are livid that a professor at Oxford wrote essays in books published by the Oxford University Press that made arguments they dislike. According to The Oxford Student, they are now launching a petition calling for the law professor's removal for making "discriminatory" comments:
A petition to remove Emeritus Professor of Law and Legal Philosophy John Finnis from teaching has attracted three hundred and fifty signatures in five days. Finnis has been accused of having "a long record of extremely discriminatory views against many groups of disadvantaged people", including the LGBTQ community. Finnis co-teaches a series of seminars for postgraduate students who choose to take the jurisprudence and political theory course in the BCL or M.Jur degree.

You'll notice here that a petition garnering a pathetic 350 signatures in five days is not news. It is also a joke. The author of the article was clearly hoping that by drawing attention to this petition, perhaps more people would sign it so the fervent rainbow fascists running it wouldn't be so embarrassed (if they are still capable of such feelings.) More:
Remarks highlighted by the authors of the petition as particularly discriminatory include a comment from his Collected Essays in which he suggests that homosexual conduct is "never a valid, humanly acceptable choice and form of life" and is "destructive of human character and relationships" because "it treats human sexual capacities in a way which is deeply hostile to the self-understanding of those members who are willing to commit themselves to real marriage". This essay was published in 2011 but refers to arguments he made in a previous essay from 1994.
The essay also argues that "just as a cowardly weakling who would never try to kill anyone, yet deliberately approves of the killings of innocent people in a terrorist massacre, has a will which violates the good of life, so even a person of exclusively and irreversibly homosexual inclination violates the good of marriage by consenting to (and deliberately approving) non-marital sex acts such as solitary masturbation".
The 1994 essay entitled "Law, Morality and Sexual Orientation" claims that "copulation of humans with animals is repudiated because it treats human sexual activity and satisfaction as something appropriately sought in a manner that, like the coupling of animals, is divorced from the expressing of an intelligible common good - and so treats human bodily life, in one of its most intense activities, as merely animal. The deliberate genital coupling of persons of the same sex is repudiated for a very similar reason."
Professor Finnis told The Oxford Student that "The petition travesties my position, and my testimony in American constitutional litigation. Anyone who consults the Law Faculty website and follows the links in the petition can see the petition's many errors. I stand by all these writings.

There is not a 'phobic' sentence in them. The 1994 essay promotes a classical and strictly philosophical moral critique of all non-marital sex acts and has been republished many times, most recently by Oxford University Press in the third volume of my Collected Essays."
The petition calls for Finnis to be removed from teaching on the grounds that "university is a place to focus on education, not to be forced to campaign against or to be taught by professors who have promoted hatred towards students that they teach."
The petition also calls for Oxford University "to clarify its official position on professors who have expressed discriminatory views and behaved in discriminatory ways, especially those who have shown obvious hatred and intolerance". The Equality Policy and Harassment Policy, it is argued, are inadequate as they fail to "provide guidance on how to deal with professors who target disadvantaged people more generally (e.g. through their published work)."
In short, LGBT activists are calling for Oxford to implement a new rule: You must explicitly approve of homosexual behavior as a prerequisite to getting hired as a resident academic, because apparently some members of that group find opposing views far too difficult to handle. Alex Benn is one such person, the sort of fellow that makes one muse on the fact that "idealist" and "ideologue" often sound rather similar:
Alex Benn, a BCL student and one of the authors of the petition, told The Oxford Student that "John Finnis has built a career on demonisation. His so-called 'arguments' about disadvantaged people are hateful, not to mention widely discredited.
His position at Oxford ignores his decades-long promotion of discrimination and, in particular, his active role in worsening the lives of LGBTQ+ people. Meanwhile the Law Faculty--in its silence--is content to give him its stamp of approval.

"Campaigns like this one often receive simplistic responses calling for 'tolerance' or 'academic freedom'. But law, employment and education already draw boundaries about what won't be tolerated. The humanity of disadvantaged people, including LGBTQ+ people, isn't a debate.
"There is no specific policy on professors (or similar) who promote discrimination in their work and in the wider community. I started this campaign not only to address the specific issue of Finnis' role at Oxford, but to get Oxford to make up its mind--either it's in support of equality or it's not."
A University spokesperson said: "Oxford University and the Faculty of Law promote an inclusive culture which respects the rights and dignity of all staff and students. We are clear we do not tolerate any form of harassment of individuals on any grounds, including sexual orientation.
Equally, the University's harassment policy also protects academic freedom of speech and is clear that vigorous academic debate does not amount to harassment when conducted respectfully and without violating the dignity of others. All of the University's teaching activity, including that in the Faculty of Law, is conducted according to these principles."
I'm willing to bet that Benn's life was not "worsened" by Dr. Finnis whatsoever, and that he hadn't even discovered how much damage this professor had done to his life until select quotations from the professor's work came to his attention.
Dr. Finnis's life, however, has probably "worsened" quite a bit since Benn got a bee in his bonnet and decided to launch a petition, which as a result of The Oxford Students' dutiful coverage will now probably get signatures from LGBT cyber-warriors around the world, giving the false impression that Oxford students not named Alex Benn have had their lives ruined by a professor who may not agree with them on everything.
People like Benn are everything that is wrong with academia. His cry-bullying, where he attempts to ruin someone's career in the name of his own fictitious victimhood, is pathetic and disgusting. I hope Oxford will not fall for it.
Originally published at The Bridgehead - reposted with permission.

A group of retired generals has warned in an open letter that France is sliding toward a civil war due to the government's failure to cont...