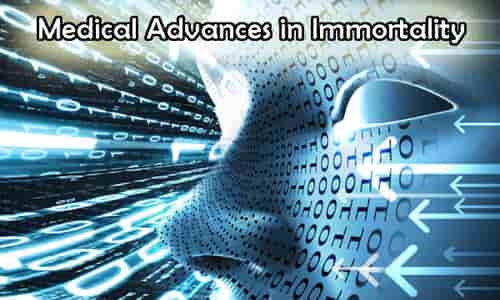 By Tom Olago May 09, 2016
Share this article:
Man's quest to live forever and escape or defy death has persisted since time immemorial. Today, there are still groups and individuals who are constantly seeking ways to attain immortality. Little wonder, given that the morbid prospect of death is so depressing and limiting for those who believe it all ends here on earth.

The immortality concept has its critics, even amongst professional peers. As Michio Kaku, futurist and professor of theoretical physics at the City College of New York said: "When people ask me a scientific question I have to give them results that are testable, that are reproducible and falsifiable.
Unfortunately, cryonics offers none of the above." Whereas advocates of cryonics point to successful in-vitro fertilization of frozen embryos and experiments with simpler animals, Kaku points to the lacking human evidence.
Others note the inherent complexity and lack of current scientific understanding of the human brain. Pointing to the existence of over 100 billion neurons and the minute fraction so far mapped by science, Columbia neuroscientist Dr. Ken Miller likened cryonics to "selling tickets to a ride you can't go on."
But in the eyes of More, Alcor isn't selling hope. It's a chance...For members like Walker and others, that's enough to pay for.
Other life- resurrecting strategies are emerging too. Sarah Knapton, science editor for the telegraph.co.uk reports that a groundbreaking trial to see if it is possible to regenerate the brains of dead people has won approval from health watchdogs.
A biotech company in the US has been granted ethical permission to recruit 20 patients who have been declared clinically dead from a traumatic brain injury, to test whether parts of their central nervous system can be brought back to life.
Scientists will use a combination of therapies, which include injecting the brain with stem cells and a cocktail of peptides, as well as deploying lasers and nerve stimulation techniques which have been shown to bring patients out of comas.
The trial participants will have been certified dead and only kept alive through life support. They will be monitored for several months using brain imaging equipment to look for signs of regeneration, particularly in the upper spinal cord - the lowest region of the brain stem which controls independent breathing and heartbeat.
The team believes that the brain stem cells may be able to erase their history and re-start life again, based on their surrounding tissue - a process seen in the animal kingdom in creatures like salamanders who can re-grow entire limbs.
Dr. Ira Pastor, the CEO of Bioquark Inc. said: "This represents the first trial of its kind and another step towards the eventual reversal of death in our lifetime...We hope to see results within the first two to three months."
Dr. Pastor added: "It is a long - term vision of ours that a full recovery in such patients is a possibility, although that is not the focus of this first study - but it is a bridge to that eventuality."
"Through our study, we will gain unique insights into the state of human brain death, which will have important connections to future therapeutic development for other severe disorders of consciousness, such as coma, and the vegetative and minimally conscious states, as well as a range of degenerative CNS conditions, including Alzheimer's and Parkinson's disease," added Dr Sergei Paylian, Founder, President, and Chief Science Officer of Bioquark Inc.
Other experts are not so optimistic, though. Commenting on the trial, Dr. Dean Burnett, a neuroscientist at the Cardiff University's Centre for Medical Education said: "While there have been numerous demonstrations in recent years that the human brain and nervous system may not be as fixed and irreparable as is typically assumed, the idea that brain death could be easily reversed seems very far-fetched, given our current abilities and understanding of neuroscience. "Saving individual parts might be helpful but it's a long way from resurrecting a whole working brain, in a functional, undamaged state."
Ironically, all man's efforts and experiments to achieve immortality reflect an ignorance as to the cause of death in the first place.  All the emphasis is on the body without regard to the soul.
For the wages of sin is death; but the gift of God is eternal life through Jesus Christ our Lord.  (Romans 6.23) Eternal life has already been secured through the death and resurrection of Jesus Christ; it is a 'fait accompli'.
"O death, where is thy sting? O grave, where is thy victory? The sting of death is sin; and the strength of sin is the law. But thanks be to God, Who gives us the victory through our Lord Jesus Christ."  (I Corinthians 15.55-57)