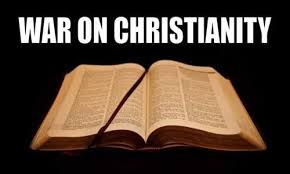 By PNW Staff April 19, 2019
Share this article:
Christians are slowly waking up the fact that there is no such thing as privacy and any comments in the public realm that don't line up with the status quo could get them fired.
The latest example is Kristy Higgs of Fairford, Gloucestershire in the United Kingdom who posted opposition on her personal Facebook page to teaching about homosexuality and transgenderism in the nation's schools.
"They are brainwashing our children," Higgs wrote. "Relationships and Sex Education education means, for example, that children will be taught that all relationships are equally valid and 'normal,' so that same-sex marriage is exactly the same as traditional marriage and that gender is a matter of choice, not biology, so that it's up to them what sex they are."

"At the same, it means that expressing and teaching fundamental Christian beliefs relating to the creation of men and women and marriage will in practice become forbidden because they conflict with the new morality and are seen as indoctrination into unacceptable religious bigotry," she added.
She additionally shared an article to her Facebook account about two transgender-centered children's books that are being utilized in American schools, writing above the link, "This is happening in our primary schools now."
According to the organization Christian Concern, Higgs' posts were only visible to her friends. One unidentified individual who saw her comments contacted Higgs' place of employment, Farmor's School in Fairford, to lodge a complaint.
Following an investigation and a six-hour hearing, Higgs was dismissed from her duties at the school where she worked. Reasons provided for her firing included "illegal discrimination," "serious inappropriate use of social media" and "online comments that could bring the school into disrepute and damage the reputation of the school."
Higgs says, however, that she feels that she is the one being discriminated against.
"I have been punished for sharing concerns about Relationships and Sex Education. I hold these views because of my Christian beliefs, beliefs and views which are shared by hundreds of thousands of parents across the UK," she said in a statement. "My number one concern has always been the effect that learning about sex and gender in school will have on children at such a young age."

"As soon as the investigation into the posts began, I was repeatedly told, 'This is nothing to do with your religion.' That was clearly a legal tactic, and of course it has everything to do with my religion," she opined. "I am determined to fight this case and to stand for Christians and all parents across the country who are being silenced for sharing and holding these views."
Christian Concern and The Christian Legal Centre are now assisting Higgs with the matter.
"Many Christians have faced pressure for expressing these views in the workplace before, but in this case, Kristie has been dismissed for sharing her views among friends on Facebook," said Chief Executive Andrea Williams. "What Kristie shared on Facebook simply reflects the genuine and justified concerns of a parent about the sexual ideology currently being imposed on her own children and thousands of children across the UK."
Kristy, however is not the only Christian to find herself in these circumstances.  Christians in several different countries including the United Kingdom, Australia and the United States have encountered the same persecution and loss of job for expressing personal opinions on social media that were considered "hateful".
First, the case of a young woman named Madeline. In Canberra, Australia, an 18-year-old contract worker for the company Capital Kids Parties was let go after she put up a Facebook filter expressing her opposition to a same sex marriage vote. Her message read simply, "It's OK to vote no".
According to her employer, Madlin Sims, this opinion was too "homophobic" to be tolerated. The boss went on to add, "Advertising your desire to vote no for same sex marriage is, in my eyes, hate speech. Voting no is homophobic. Advertising your homophobia is hate speech."
Any opposing viewpoints, no matter how reasonably expressed or moral in nature, seem to fit her definition of "hate speech". She went so far as to call Madeline's beliefs "dangerous to children" in case she might voice her beliefs and encourage youngsters to believe in the sanctity of marriage.
Next, take the case of Charlene Carter of Aurora, Colorado. She was fired from Southwest Airlines for objecting to her union's support for abortion. The veteran flight attendant found out that the union had paid to send its officials to attend pro-abortion marches.
The union dues that she was required to pay were being used to fund a campaign that promoted the murder unborn babies, and this prompted her use Facebook to express her concern as well as contact Aubrey Stone, a union leader.

After her termination, she is now suing for religious discrimination, alleging that "Stone and her company's actions represented retaliation over her bid to stop paying compelled fees for its political, ideological, and other non-bargaining spending, and to engage in other speech and activity in opposition to Local 556".
The company had claimed that her pro-life stance was highly offensive in nature and that message she sent to Ms. Stone was harassing in nature. The lawsuit has now exposed the fact that a total of fourteen supporters of the effort to decertify the union were fired.
In a third case, a British man named Adrian Smith was demoted from his position has manager as well as suffering a 40% pay cut by Trafford Housing Trust. He had posted on Facebook that gay weddings in churches were "an equality too far".
Incredibly, Smith had expressed his support for civil unions and that the government could define marriage, as a civil contract, to include same-sex unions. He simply opposed the imposition of homosexual marriages in the Church. The case began Facebook when Smith linked on Facebook to a BBC News article titled "Gay Church Marriages Get Go Ahead".
After linking to the article on his Facebook profile, he added the simple comment "An equality too far". Because he had 45 of his work colleagues as friends on his Facebook profile, his employer considered the post a public statement and took action against him.
Smith's lawyer said in court that "If someone expresses a lawful opinion outside of work, the fact that there is a risk some people might be offended by it, such risks always exist." Now the risk is that Christian views held outside of work are ground for demotion or even termination.
In the fourth case, Felix Ngole who attended Shelfield University in Manchester, England, was removed from a university program after a Facebook discussion in which he expressed his Christian beliefs. Once again, the opinion that marriage should be between a man and a woman, writing that "same sex marriage is a sin whether we like it or not. It is God's words and man's sentiments will not change His words."
Ngole, who was a second-year Master's student studying to be a social worker, then became the subject of a "Fitness to Practice" hearing, as he was advised that he "may have caused offense to some individuals" and had "transgressed boundaries which are not deemed appropriate for someone entering the social work profession."
Following additional meetings, the Sheffield committee concluded that Ngole's beliefs would negatively affect his "ability to carry out a role as a social worker," and was consequently advised that he was "excluded from further study on a program leading to a professional qualification." The school recently informed Ngole that he is "no longer recognized as a university student."
"Your student record will be terminated shortly and your library membership and university computer account withdrawn. You may wish to contact your funding body for advice on your financial position," it wrote.
Felix appealed the decision arguing that this will effectively rule whether Biblical beliefs about sexuality, marriage and family are a bar to public office. Felix lost his appeal before the Royal Courts of Justice. Sadly, Felix is another in a long line of Christian casualties; men and women who have been pushed out of public service because of their Christian beliefs.
He responded to the ruling with the following comments:
"I was born in Cameroon, under a dictatorship, where free speech was heavily censored. I had always been led to believe that in the UK people could share their beliefs and opinions without fear of persecution from public authorities. Of all places, I would expect universities to be places for free exchange of ideas and debate. It is shocking that, as a student, I can be thrown out just for believing in the Bible.
"Students go to university to discuss, debate and learn. We are seeing people banned from speaking at debating societies, and pressure groups banning anyone who dares to disagree with the liberal agenda being set by them. My case highlights the complicity of the liberal elite in this worrying movement."
In numerous cases, personal opinions and political speech on Facebook and other social media are being used to persecute Christians for their beliefs. Christian opposition to same sex marriage, abortion and other sins is being cited as hate speech in an increasing attack on Christian values in the developed world.