Deal Of The Century: From The Golan To Judea & Samaria 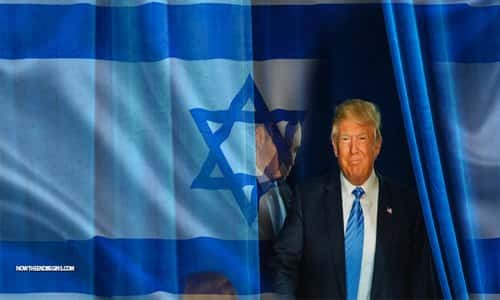 By Eyal Zisser/JNS.org April 26, 2019
Share this article:
This coming June, upon the conclusion of the Muslim holy month of Ramadan, the Trump administration will supposedly unveil details of its so-called "deal of the century" to bring an end to the century-old Israeli-Palestinian conflict. Even before its birth, however, many have already been quick to bury the plan.
After all, many of the relevant parties aren't hiding their reservations, some openly declaring they will refuse to accept it.
The Palestinians are looking on forlornly as their dream of having all their demands of Israel delivered on a silver platter by the international community goes up in smoke.

While it might seek to meet the Palestinians' desires, the deal of the century is reportedly light-years from the concessions that previous administrations, from Clinton to Obama, were willing to grant them. U.S. President Donald Trump's proposal makes no mention of the creation of a Palestinian state, and also makes no demand of Israel to withdraw from all of Judea and Samaria to pre-1967 borders.
Arab countries, which can't afford to be viewed at home as "selling out" the Palestinian issue for a pittance in American economic aid, will follow in the wake of the Palestinian rejection. Arab rulers would be happy, of course, to bring the Israeli-Palestinian conflict to an end and turn their attention to the real problems afflicting them, such as the Iranian threat or their failing economies. But from there to a willingness to lie on the fence for the Palestinians, Israel and Trump, the distance is great.
Israel, too, particularly its right-wing camp, has expressed trepidation over the deal, which could call on the Jewish state to concede significant portions of Judea and Samaria. While a Palestinian state won't be established in these areas, the Palestinian Authority's presence there could become legitimized as a fact on the ground, recognized by the international community.

The script, therefore, is already written: The Americans will propose the plan, which will be rejected or squandered and relegated to the dustbin of history as "another plan" in a long line of them throughout the 100 years of conflict.
But it would be a mistake to think that Trump's deal will be completely inconsequential: It could have far-reaching implications for the future of Israeli-Palestinian relations, and more importantly, the future of Israel itself.
First, the details of the plan will become the starting point for any future discussions about the conflict. And thus, instead of or in conjunction with the Clinton outline or former Israeli Prime Minister Ehud Olmert's offer to P.A. leader Mahmoud Abbas, Trump's plan will also be evoked and used to significantly improve Israel's bargaining position opposite future American administrations and even the international community, which still views the Clinton and Olmert proposals as the basis for any Israeli-Palestinian peace talks.
Second, the Trump proposal could pave a path to a solution by essentially removing several central issues from the agenda for both sides, chief among them the issue of Palestinian refugees. The American plan, which calls for refusing these refugees the right of return and settling them in their current countries, could materialize even without a final-status agreement and hence make it easier to achieve one in the future.

And finally, the Trump plan could give the Israeli government an opportunity to advance its vision of applying Israeli law over swathes of Judea and Samaria, primarily the large settlement blocs with regard to which there is wall-to-wall consensus in Israel.
In light of the Palestinian rejection, which means Trump's deal most likely won't gain any traction, Israel will be able to claim, justified from its point of view, that it cannot wait for the Palestinian side any longer and wants to take unilateral steps in the spirit of the Trump plan, which the administration will presumably support.
And thus, 52 years after the Six-Day War in June 1967, June 2019 could bring tidings of change, even to the point of another revolution in the status of Judea and Samaria. This revolution, we can assume, will receive American recognition similar to Trump's recognition of Israeli sovereignty over the Golan Heights.
Originally published at JNS.org - reposted with permission.