Why Are So Many Christians Being Persecuted? 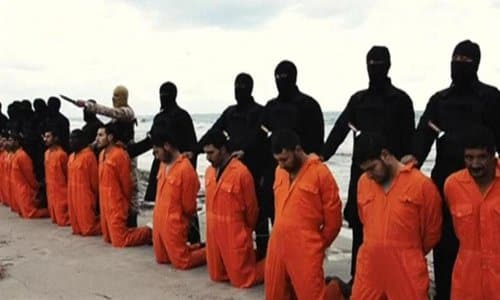 By Stan Guthrie/Breakpoint.org May 10, 2019
Share this article:
Outside the Sebastian Church in Negombo, Sri Lanka, posters display photos of the dead. One shows a woman and three children. It reads, "Rest in peace for Pradeep Susanthas and his whole family, who were killed in the church attack. Our deepest sympathies." The church, about 20 miles north of the capital city of Colombo, was the scene of the worst carnage from the Easter Sunday suicide bombings.
Fittingly, the church is named for Sebastian (AD 288), who was clubbed to death in Rome during the reign of Diocletian. Initial reports said that more than 100 Christians died during Sebastian's Easter service in Negombo. In all, more than 250 people--Sri Lankans and internationals--were murdered in coordinated Islamist attacks on April 21 against three churches and three hotels across the island nation.

These high-profile attacks were just the latest examples of persecution committed against Christians. Other atrocities have been just as deadly, but usually without much international outcry.
- Between mid-February and mid-March, more than 300 Nigerian Christians in seven predominately Christian villages have been slaughtered, including 270 in Kaduna state, by Muslim terrorists.
- In Egypt, Muslim extremist groups have attacked 900 churches over the last five years.
- Over the last two years in China, crosses have been removed from 1,500 church buildings, and churches have been desecrated or destroyed in the provinces of Hebei, Henan, Guizhou, Shaanxi, and Shandong. In Guangzhou, the capital of China's Guangdong province, Communist Party officials are offering a reward of about $1,500 to anyone who provides information about underground churches, secret Christians, and unsanctioned religious activity. Some pastors and church members are being jailed.
Last year, officials in Shanxi province used dynamite to level the sanctuary of Golden Lampstand Church, which is one of China's largest houses of Christian worship. Observers are calling this the worst crackdown against Christianity since the Cultural Revolution.
- One advocacy group suggests that 50,000 Christians may be locked away in North Korea's prison camps. Some 200,000 North Korean Christians may have disappeared in the totalitarian state since 1953.
- Four years ago, members of the Islamic State kidnapped and beheaded 21 Egyptian Copts on the beach in Sirte, Libya. A couple of months later, the terrorist group released a video showing the murder of 30 Ethiopian Christians.
Even Western Christians face troubling trends. In the months leading up to the Notre Dame cathedral conflagration (apparently accidental) in France, more than 800 churches were looted, befouled, and vandalized.

According to the Center for Religious Freedom of the Hudson Institute, these examples are just the tip of the iceberg. On average, about 345 Christians are killed each month on account of their faith and around 105 churches or Christian buildings are burned or attacked. One in nine Christians experiences some form of persecution but you wouldn't know it from a steady diet of Western media.
As Ross Douthat of The New York Times said, "One of the basic facts of contemporary religious history is that Christians around the world are persecuted on an extraordinary scale -- by mobs and pogroms in India, jihadists and United States-allied governments in the Muslim world, secular totalitarians in China and North Korea.
Yet as an era-defining reality rather than an episodic phenomenon this reality is barely visible in the Western media, and rarely called by name and addressed head-on by Western governments and humanitarian institutions."
The $64,000 question is, "Why?" Why are Christians facing such frequent, yet little-noted, persecution now?
A look at the annual World Watch List of Open Doors, which tracks the fifty countries where it is most difficult to be a Christian, provides some clues. In the 2019 reporting period, 245 million Christians experienced what the WWL calls "high levels of persecution," compared with 215 million the previous year.
The first eleven practice "extreme" forms of persecution. The worst persecutors are, in order: North Korea, Afghanistan, Somalia, Libya, Pakistan, Sudan, Eritrea, Yemen, Iran, India, and Syria. Rounding out the Top 20 are these nine, which engage in "very high" levels of persecution: Nigeria, Iraq, Maldives, Saudi Arabia, Egypt, Uzbekistan, Myanmar, Laos, and Vietnam.

Religious nationalism is a key factor in many of these nations, including the atheistic, cultish regime in North Korea, the thirteen Muslim-dominated states, mainly Orthodox Christian Eritrea, Buddhist Myanmar, and largely Hindu India. The communist regimes in Uzbekistan (also mostly Muslim), Laos, and Vietnam also actively oppose the churches and Christians in their midst.
Officially atheist China, the world's largest communist state, is only No. 27 on the list, but its suppression of underground churches is getting worse. Just one nation in the Top 20 is a democracy--India.
Persecution of Christians in our day is mostly at the hands of militant Muslims, in a modern-day echo of the Crusades (except that only one side is doing the killing). But it also comes from atheists, Hindus, Buddhists--and even from those who call themselves Christians.
All this should be no surprise to real Christians, of course, whose Master warned, "If the world hates you, know that it has hated me before it hated you.... Remember the word that I said to you: 'A servant is not greater than his master.' If they persecuted me, they will also persecute you" (John 15:18, 20a).
The old, interconnected conflict between Christ and Caesar, between God and the gods, continues unabated, in or out of the spotlight. Persecution in fact is unavoidable.
The ancient Christian martyr Sebastian would agree. He expected spiritual and physical opposition but was undeterred, saying, "The devil strains every nerve to secure the souls which belong to Christ. We should not grudge our toil wrestling them from Satan and giving them back to God."
When it comes to persecution, perhaps the question we ought to ask shouldn't be "Why?" but "Why not?"
Originally published at Breakpoint.org - reposted with permission.