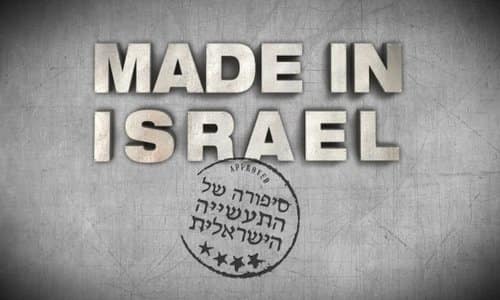 By Abigail Klein Leichman/JNS.org May 24, 2019
Share this article:
As the global population expands and natural resources dwindle, food security is a critical concern. Smart solutions for more efficient farming, hardier crops, alternative sources of nutrition and safer food packaging and storage are essential.
No other single country--certainly not one as young and as tiny as Israel--has contributed more breakthroughs in this area than Israel.
Since the 1950s, Israelis have not only been finding miraculous ways to green their own desert but have shared their discoveries far and wide.
Here are 12 major ways Israel helps feed the world:
1. Drip irrigation
While the concept of drip irrigation existed well before Israeli statehood, it was revolutionized by Israeli water engineer Simcha Blass in the 1960s and continues to transform farming across the globe.
Blass's slow-release tubing formed the basis of the world-renowned Netafim company (sold for $1.5 billion to Mexichem in 2017) and other Israeli drip-irrigation and micro-irrigation businesses whose solutions are used worldwide.
One example of how Israeli drip irrigation has impacted food supply in foreign countries is Tipa (Drop), a kit that enables gravity to irrigate when there is no water pressure in rural areas. The Israeli Foreign Ministry has provided Tipa kits to hundreds of farmers in Senegal, Kenya, South Africa, Benin and Niger.

An average of 70 percent of the world's water goes toward irrigation, partly because some areas still use wasteful flood irrigation. Israeli agri-tech companies such as CropX, Saturas,  Manna and SupPlant help customers across the world implement efficient drip irrigation programs to use less water and produce more and better crops.
Innovation in drip irrigation is constant. In February 2019, Netafim signed a three-year research collaboration agreement with Bayer and Ben-Gurion University's tech-transfer company regarding soil research, digital prediction tools and state-of-the-art Netafim technology to establish best practices for using drip irrigation as a precise root-delivery system.
2. Getting more grain to market
About one-third of the food produced for human consumption globally is lost or wasted each year. In low-income countries, most of that loss happens in the early and middle stages of the production chain. One problem is that the majority of newly harvested grains and pulses get ruined by pests and mold before reaching the market.
Israeli-designed GrainPro Cocoons provide a simple and cheap way for African and Asian farmers to keep their grain market-fresh.
The huge bags, invented by international food technology consultant Prof. Shlomo Navarro, keep both water and air out. They're used in about 100 countries including in Africa, Latin America and the Middle and Far East.
Tel Aviv‐based Amaizz solves a problem for sub-Sahara African and Indian farmers when drying grains such as corn, which are subject to toxic fungal infestation as well as destruction by insects and other animals.
Amaizz offers protected electric or solar modular drying, disinfection and storage units that keep out pests and prevent fungus. The company also makes cool storage units for any type of grain, in addition to barley and maize threshers that cut down on time, labor and grain damage.
In 2016, Amaizz won the Israeli Grand Challenges Program for improving post-harvest handling and storage, and saving up to 50 percent of the losses caused by mishandling and depreciation.
As one of six Israeli startups chosen for the 2018 India-Israel Bridge to Innovation program of the Israel Innovation Authority at the initiative of both countries' prime ministers, Amaizz now is conducting pilots with key players in the Indian market.
3. Saving mangoes from fruit-fly devastation
Mangoes provide a livelihood for thousands of farmers in developing countries. However, many mango growers in India, the Americas and West Africa have simply given up in the past few years because such a high percentage of their crops were ruined by various species of fruit flies.
That situation is being dramatically reversed by a novel product from Israel's Biofeed, another of the six startups in the 2018 India-Israel Bridge to Innovation program.

The startup's FreeDome line of no-spray, environmentally friendly lures contain an organic customized mix of food, feeding stimulants and control or therapeutic agents delivered by a patented gravity-controlled fluid release platform to kill the tiny flies.
Biofeed has demonstrated an overall decrease of Oriental fruit-fly infestation from 95 percent to less than five percent in a pilot test with Indian mango farmers, while a pilot program in Togo reduced infestation in various areas from 88-95 percent.
4. Precision agriculture
Israel's large and growing precision agri-tech sector comprises more than 450 companies offering advanced data-collection and analysis technologies for more efficient and productive farming.
Here are just four examples of Israeli precision-agriculture companies whose solutions are used across the globe:
AgriTask lets farmers integrate all their agricultural data from multiple sources (imaging, weather stations, in-field sensors, etc.) on one platform, accessible via a mobile app.
Croptimal performs real-time accurate tests of plant tissue, soil and water in the field, dramatically reducing the standard analysis procedure from 10 days to less than an hour.
Taranis combines high-resolution aerial imaging with computer vision and artificial intelligence to show farmers what's happening in their plots down to the insect and leaf level, and analyzes that data to provide decision-making support.
Prospera makes a digital farming system that collects, digitizes and analyzes vast amounts of data to help growers control and optimize their production and growing systems.
5. Saving strawberries (and much more)
Kibbutz Sde Eliyahu-owned Bio-Bee breeds and exports several species of beneficial insects and mites for biological pest control, and bumblebees for natural pollination, to more than 50 nations from India to Chile.
The company's top seller worldwide is the tiny BioPersimilis, a highly efficient enemy of the spider mite, a devastating agricultural pest.
BioPersimilis is used by most of California's strawberry farmers (BioBee's single largest market) and by growers of peppers, tomatoes, potatoes, beans, corn, cucumber, melon, eggplant and ornamental flowers in order to reduce the amount of pesticides they use by up to 80 percent.
6. Helping more farmers export crops
Farms can't export unless they comply with complex and frequently changing government regulations in target countries regarding details including water, fertilizer, pesticides, plant protection, safety and labor conditions.
That's a daunting challenge for small farms especially, which must be part of larger cooperatives if they want to sell abroad.
The unique cloud-based AKOLogic farm management system from kibbutz-based Agricultural Knowledge On-Line (AKOL) gives farmers constantly updated regulatory guidelines on a single dashboard. If a customer wants to sell in Walmart, AKOLogic automatically applies the relevant U.S. regulations to the growing plan.