Students Penalized By School For Not Wearing Pro-LGBT Clothing 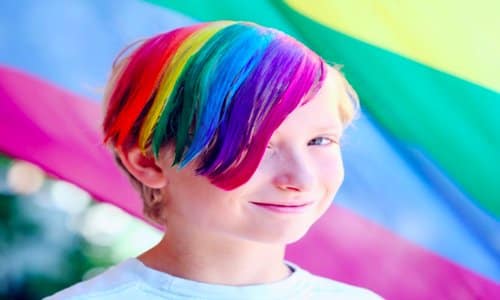 By PNW Staff June 10, 2019
Share this article:
With gay pride month in full swing, everyone from Prince Harry & Meghan to Corporate America are flashing their rainbow colors on social media while cities around the world hold their celebration parades.
One school in Australia, however, is now having to backtrack after fierce backlash for coercing students to support Gay Pride or else face financial consequences.

Greystanes High School in Sydney sent a letter to parents letting them know that in observation of International Day Against Homophobia and Transphobia, pupils who wore an item of 'rainbow' clothing were expected to donate $1, while those who did not were expected to donate $2.  Essentially a fine or penalty for failing to support the LGTB cause.
Mark Latham, a Member of the Australian Parliament, said the idea amounted to 'political punishment' of students over identity politics and that the school needed to treat everyone equally, and not punish those who feel uncomfortable wearing LGBT colors.
The Christian Institute's Education Officer John Denning said: "No one, let alone a child, should be coerced into supporting a cause they don't believe in".

"Similar events have taken place at schools in the UK. Christian kids and others who feel they can't go along with it turn up to school in uniform and find themselves marginalized or even bullied, because they disagree with the pro-LGBT message. Their friendships with other young people who identify as homosexual or transgender are damaged.
"If, when it is age-appropriate, schools decide to deal with controversial topics, they shouldn't be promoting particular viewpoints but educating pupils - equipping them to draw their own conclusions based on an objective and critical consideration of a range of views."
A New South Wales Education Department spokesman said the school had weakly apologized for the 'poorly worded letter' to parents.