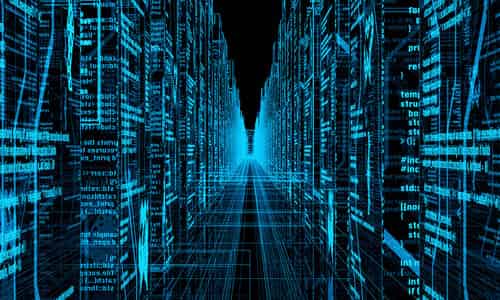 By PNW Staff May 16, 2016
Share this article:
To many in the technology field, artificial intelligence appears to be gaining critical mass. Significant improvements have been made in just the last couple of years alone, finally making AI viable for commercial use.

Ross, the first AI lawyer, has been officially hired by its first client, and Google has been able to best a human Go master repeatedly with its DeepMind and AlphaGo project. Like virtual reality, artificial intelligence appears to be hitting its stride in 2016 -- and there are some substantial technology and market pressures that are driving innovation.
But how are consumers and citizens going to be able to protect their data and their privacy in an artificially intelligent world?
Tackling The Problem of Big Data
In 2013, the data industry encountered a radical shift in volume: 90% of the world's data had been produced in just the last two years. This trend was a part of the rise of big data, exceptionally large sets of data that could potentially contain patterns, trends, and unique insights.
"Big data" is data so large that it's impossible to analyze through traditional methods, as there are simply too many data points and often no internal, consistent structure.
Eventually, enterprises found themselves developing exceedingly sophisticated programs, targeted towards crunching these large volumes of data for actionable results. Finance, technology, healthcare, government: there is no industry that is not currently using big data.
But as the need for big data became more urgent, the algorithms and strategies used for big data analysis had to become more complex. Organizations found themselves collecting large volumes of data that were never actually used.
As data grew, it became prohibitively difficult to analyze, leading to large data warehouses that were being saved for some future time.
Enter artificial intelligence. Theoretically, AI can resolve many of the current issues enterprises are encountering with big data. AI is increasingly being used to sort through big data intelligently, finding the information that organizations need to improve their services, increase their sales, and predict market forces.
AI can prioritize information, discard information it deems irrelevant, and produce patterns in a human-readable format.
Privacy in the World of Big Data and AI
When it comes to consumers and big data, privacy is often a major concern. This can be doubly true when it come to artificial intelligence, which will make analyzing big data more effective and efficient.
Such in-depth big data analysis could ultimately lead to a world in which artificial intelligence can comb through social media accounts to find individuals who are most likely to commit a crime, purchase a car, or have a baby.

This knowledge could then be used by both private companies and public entities, to do things such as extend credit, sell products, and even monitor for the purposes of national security.
All of these concerns have been raised by consumer watchdogs and privacy advocates, though they could be potentially managed through the use of increased data privacy regulations.
Healthcare, finance, and insurance are three of the major industries expected to be impacted by this marriage between big data and artificial intelligence.
Healthcare organizations may be able to more accurately predict the potential for disease and illness in patients -- and though this could improve patient prognosis, it could also lead to potential discrimination if healthcare privacy laws aren't strictly followed.
AI traders may be able to sort through millions of pages on the Internet for market sentiment analysis, to determine whether or not a trade is viable -- something that has the potential to destabilize the market.
Insurance companies may be able to improve upon their risk assessments, thereby giving preferential rates to low risk individuals -- but at the same time collecting large volumes of information about their day-to-day habits. Consequently, many view big data and AI as a double-edged sword.
Consumers are continually producing data that they may not be aware of: the browsing history on their phone, their social media posts, and even GPS data.
In recent years, privacy has been mostly achieved through obfuscation -- there is so much data about every individual that it simply can't be tracked.
AI will remove this barrier and make it easier to discover anything about anyone. Whether the benefits of this outweigh the potential drawbacks is a question that will soon be answered.