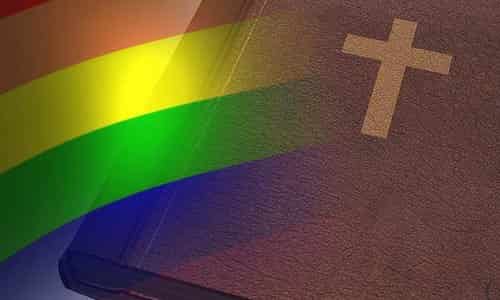 By Erin Hawkins May 16, 2016
Share this article:
The modern history of Methodism has shown a steady decline at each General Conference and this year is no different.
More than 900 people from around the world are currently gathered in Portland, Ore., for the United Methodist Church General Conference from May 10-20 as they struggle to come to terms with their denomination's decline and eventual death if changes are not made.
Earlier this year, economist Don House, a United Methodist layperson, delivered a sobering statistical report to a joint meeting of the GCFA board and the Connectional Table, the denomination's top administrative body.
According to House, the denomination must adopt and implement a credible turnaround strategy in the next five to fifteen years. If it fails to do so, he projects average worship attendance will drop by over 35 percent by 2030, and will fall to less than a million in 2050.
According to the most recent data, The United Methodist Church has lost 116,063 members in the past 12 months - the stark equivalent to losing a 318-member local church every day of the year.
Some fear it is too little too late to change and that Methodism will continue on its current path to destruction.  "Methodism in the U.S. has lost membership every year since 1964--more than 4.5 million members. There is nothing in its U.S. policies that can or will reverse the decline in the near future," said Mark Tooley, president of the Institute on Religion & Democracy and a practicing Methodist.
The decline has become more and more prevalent, with both membership and attendance falling by a third during the last 10 years, and churches closing in record numbers. Decline in the United Methodist Church can be seen not only in the loss of attendance and numbers, but in its abandonment of the Word of God.
The United Methodist Kairos Response, in particular, is promoting a skewed worldview in which Israel bears sole responsibility for the absence of peace and the suffering of Palestinians. At its General Conference several years ago, the UMC rejected BDS resolutions, but the Kairos proponents are trying again this year.
Israel is the subject of at least 14 petitions (resolutions) for delegates to consider this year, with the majority pushing an anti-dialogue agenda that censures and denounces only one party--the State of Israel. One petition even calls on United Methodists to partner with Jews working for "an end to the occupation of Palestine," as though relationships with the Jewish community should be confined to an echo chamber in full agreement that Israel is to blame.
But the United Methodist Church's views on Israel are not the only beliefs that have strayed from Biblical standards.
Last summer, the Episcopal Church officially joined Presbyterian Church (U.S.A.) and the United Church of Christ in becoming the third mainline denomination to embrace gay marriage rites -- a move that came just days after the U.S. Supreme Court legalized same-sex unions.
The United Methodist Church's Book of Discipline, which outlines church law, is explicit in noting that , "The practice of homosexuality is incompatible with Christian teaching. Therefore, self-avowed practicing homosexuals are not to be certified as candidates, ordained as ministers, or appointed to serve in The United Methodist Church."

And yet just one day before the United Method Church geared up for its General Conference, more than 100 pastors, deacons, elders and ministry staff publicly came out as members of the LGBTQ community.
"While you have welcomed us as pastors, youth leaders, district superintendents, bishops, professors, missionaries and other forms of religious service, you have required that we not bring our full selves to ministry, that we hide from view our sexual orientations and gender identities.", reads the letter addressed to the United Methodist Church, which was organized by a group called Reconciling Ministries Network. We are United Methodists because there is no other denomination with our unique connectional polity and distinctive Wesleyan spirituality," the text continues.
This faction of the LGBTQ Methodist community went on to say that the purpose of the letter -- and the public coming-out -- is to show love and "seek to remain in relationship" with the rest of the denomination, and that, regardless of what happens next, congregants opposed to LGBTQ inclusion cannot stop what those behind the letter believe to be the will of God.
The strength of the denomination's African churches, which are overwhelmingly conservative in theology, has been one of the few reasons that Methodists have not declined ever further and if current trends continue, the majority of United Methodist members would live outside the U.S. by the end of 2016.
At the current rate of decline, The United Methodist Church in the United States has less than 50 years remaining. The American Methodist experience of decline is a cautionary tale for all churches, including conservative ones.
Seeking to fulfill the church's mission primarily through political advocacy and/or adopting liberal theology appears to be a key historic ingredient in denominational decline.
Doctrines concerning the true Biblical view of sin, marriage, and sexuality remain essential for evangelical Christian teaching to remain viable in the face of our society's growing culture of "acceptance".