The Rise Of Facial Recognition Should Scare Us All 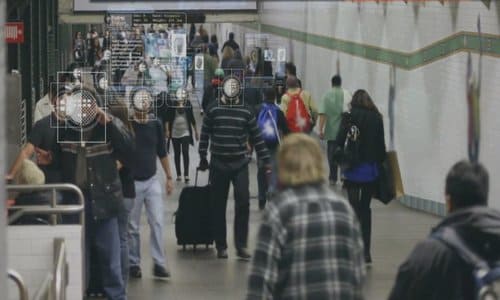 By Derrick Broze/Activist Post June 18 2019
Share this article:
In the last ten years, our world has been completely transformed thanks to the exponential growth of digital technology. Technological advances with computer processors and the Internet have quickly advanced our world into one that resembles some of the most well-known sci-fi films and novels.
Not a single day passes without a report on an emerging technology or new feature in an already existing product. The last ten years alone have seen rapid growth in information technology, encryption, the medical industry and 3D printing technology, just to name a few.

Unfortunately, as technology is a tool, there are equally frightening developments taking place in the first two decades of the 21st century. Specifically, the ability for governments and private actors to monitor and spy on the activity of the average person has nearly become accepted as the norm.
In fact, it has become commonplace to hear Americans respond to warnings of Orwellian futures with the timeless trope, "If you're not doing anything wrong, there's nothing to hide!" This is what makes it all the more surprising to see a surplus of recent reports examining the dangers and implications of a world where facial recognition technology is commonplace.
Here's a small sample of the current headlines related to facial recognition:
- Most Americans Trust Facial Recognition Technology - But Not At The Airport
- Terrifying AI Matches DNA to Facial Recognition Databases
- Why Is Facial Recognition Important? 3 Signs It's Too Big to Ignore Any Longer
- Facial recognition smart glasses could make public surveillance discreet and ubiquitous
Even the Washington Post published a warning titled "Don't smile for surveillance: Why airport face scans are a privacy trap."
Questions surrounding the emerging technology have reached enough of a tipping point that just this week, House Democrats questioned the Department of Homeland Security over the use of facial recognition tech on U.S. citizens. The Hill reported that more than 20 House Democrats sent a letter on Friday to the DHS over the Customs and Border Protection's (CBP) use of facial recognition technology at U.S. airports.

The Border Patrol claims that they are rolling out the facial recognition program at a number of airports under a congressional mandate and with an executive order from President Donald Trump. Lawmakers say the program was supposed to focus on foreign passengers, not Americans.
The group of lawmakers wrote:
We write to express concerns about reports that the U.S. Customs and Border Protection (CBP) is using facial recognition technology to scan American citizens under the Biometric Exit Program.
The letter to DHS comes shortly after a representative with the Government Accountability Office (GAO) the House Oversight and Reform Committee said that the FBI has access to hundreds of millions of photos that are used for facial recognition searches.
Gretta Goodwin, a representative with the GAO, said the FBI uses expansive databases of photos--including from driver's licenses, passports and mugshots--to search for potential criminals. Goodwin noted that the FBI has a database of 36 million mugshots and access to more than 600 million photos, including access to 21 state driver's license databases.
Rep. Jim Jordan of Ohio reminded Ms. Goodwin that the FBI has access to more photos than there are people in the country. "There are only 330 million people in the country," Jordan stated.
The TSA was also questioned about their use of facial recognition at airports. Austin Gould, the TSA's assistant administrator on Requirements and Capabilities Analysis, said the facial recognition program has been helpful for travelers. However, critics say the potential benefits of saved time and reducing passenger volume should not override the greater risk to privacy.
The TSA plans to have facial recognition tech at the top 20 airports for international travelers by 2021 and at all airports by 2023. The TSA has also previously expressed their desire to scan the face of every single American who enters the airport.

The push back against facial recognition--and biometric technology in general--has moved beyond words in some areas. Most recently, San Francisco became the first city to ban government use of facial recognition. Due to the success in San Francisco, California lawmakers are considering AB 1215, a bill that would extend the ban across the entire state.
The editorial board of the Guardian also recently spoke out about the privacy threats, calling the technology "especially inaccurate and prone to bias." The editorial board also noted that a recent test of Amazon's facial recognition software by the American Civil Liberties Union found that it falsely identified 28 members of Congress as known criminals. Although the technology is currently dangerous due to its inaccuracy, the Guardian warns:
It may be too late to stop the collection of this data. But the law must ensure that it is not stored and refined in ways that will harm the innocent and, as Liberty warns, slowly poison our public life.
It's clear that the debate on the benefits and threats of facial recognition technology is not going anywhere anytime soon. It's up to us as individuals to educate ourselves and inform our peers about the threats to privacy and freedom that are becoming increasingly more apparent everyday.
Originally published at Activist Post - reposted with permission.