The Resurgence Of The Feminist Witch 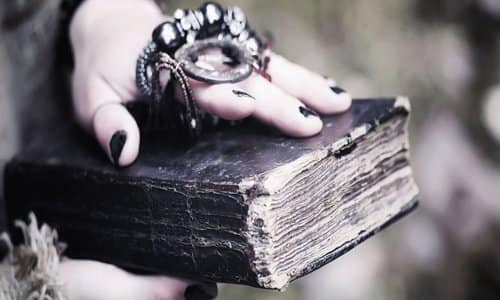 By Michael Brown/AskDrBrown.org June 20, 2019
Share this article:
You would think that these words were taken straight out of my forthcoming book on Jezebel's War with America. You would think they came from the pen of a conservative follower of Jesus. But they did not.
They were written by a self-proclaimed feminist witch. She said, "The fact that the resurgence of feminism and the popularity of the witch are ascending at the same time is no coincidence: the two are reflections of each other."
Precisely so!

Writing for Time.com, Pam Grossman explains, "Today, more women than ever are choosing the way of the witch, whether literally or symbolically. They're floating down catwalks and sidewalks in gauzy black clothing and adorning themselves with Pinterest-worthy pentagrams and crystals.
They're filling up movie theaters to watch witchy films, and gathering in back rooms and backyards to do rituals, consult tarot cards and set life-altering intentions. They're marching in the streets with HEX THE PATRIARCHY placards and casting spells each month to try to constrain the commander-in-chief.
Year after year, articles keep proclaiming, 'It's the Season of the Witch!' as journalists try to wrap their heads around the mushrooming witch 'trend.'"
Shades of the spirit of Jezebel herself. Shades of that idol-worship seductress from biblical times who emasculated men, silenced the prophets, and practiced sorcery and witchcraft.
Jezebel is on the rise.
It is the thesis of my new book that there is a direct and real spiritual connection between the rise of radical feminism, the explosion of porn, the attack on masculinity, the militant abortion movement, and the resurgence of witchcraft. And the ascendancy of Donald Trump to president, for better or for worse, has served to highlight all these different but related streams.

A headline on October 4, 2018, announced, "THE US WITCH POPULATION HAS SEEN AN ASTRONOMICAL RISE." A few weeks later, another headline proclaimed, "The Fastest Growing Religion In America Is Witchcraft."
Is it any surprise that, side by side with radical feminism, witchcraft is on the rise in America? It is certainly is no coincidence.
Grossman is absolutely right. These are two sides of the same coin.
At the beginning of her book Radical Feminism: Feminist Activism in Movement, Finn Mackay offers this fascinating account from West Germany: "In the midst of the Cold War, in a divided country, feminists were about to start a global movement that for decades to come would unite women in symbolic protest against male violence against women.
Shortly before midnight on 30 April 1977, small groups of women began gathering in the centre of towns and cities across West Germany: Bochum, Frankfurt, Cologne, Hanau. They were dressed as witches, carried flaming torches and had painted women's symbols on their faces. The date of their synchronised protest was no accident.
They were assembling on that night to mark what is still known across Germany as Walpurgis Night, a superstitious tradition to mark the coming of May; a time when witches and tricksters are believed to roam."
To be sure, all people should stand together to oppose male violence against women. All people should unite in decrying honor killings, acid attacks, and the overall oppression of women in society. All of us should stand against reducing women to sex objects or treating them as second class citizens.
To the extent that feminists stand for those values, I stand with them.
But there is a radical feminism that despises males. That deplores the nuclear family. That demeans motherhood. That views babies as unwanted intrusions (and merely a clump of cells while in the womb). That holds all men guilty.

As expressed by the radical feminist Robin Morgan, "I feel that 'man-hating' is an honorable and viable political act, that the oppressed have a right to class-hatred against the class that is oppressing them."
Or, in the words of Andrea Dworkin, "Marriage as an institution developed from rape as a practice."
This is the spirit of radical feminism, the man-hating spirit, the spirit of Jezebel.
And it is intimately connected to the spirit of witchcraft.
As expressed by Lily Burana in the Huffington Post last December, "The modern witch, as we would recognize her today, is a mid-20th-century phenomenon, as laid out in a lovely Boston Review piece by journalist Jesse Kindig.
'In their 1968 manifesto,' Kindig writes, 'the women's liberation activists from W.I.T.C.H. (Women's International Terrorist Conspiracy from Hell) proposed that "A witch lives and laughs in every woman. She is the free part of each of us." It is this history ― from 1486 on ― that explains today's global feminist protest chant, "We are the granddaughters of all the witches you could not burn!"'"
Jezebel is back with a vengeance.
Originally published at AskDrBrown.org - reposted with permission.