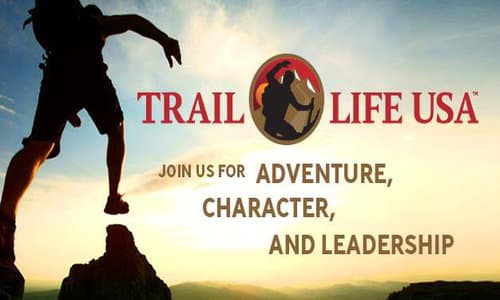 By Warren Cole Smith/Breakpoint.org August 07, 2019
Share this article:
In September 2013, more than 1,200 mostly male voices sang the rousing hymn "In Christ Alone" to kick off the first meeting on Sept. 7 of Trail Life USA (TLUSA). This new group wanted to be a Christian alternative to the Boy Scouts of America (BSA).
At that time, Trail Life USA was little more than a hope and a dream, but its leaders had a vision. They sought a youth organization that took those qualities that made the BSA one of the most influential organizations of the 20th century, before it lost its way by relaxing its standards for leaders. Trail Life wanted to include the outdoor adventure aspects of Scouting with a distinctively Christian foundation.

Organizers of the event intentionally chose "In Christ Alone," written by "modern" hymn writers Keith Getty and Stuart Townend, as it was both ancient and modern - contemporary music faithful to ancient Christian theology. The hymn symbolized the differences between Trail Life USA and the Boy Scouts.
"We're here to honor the legacy of the Boy Scouts of America," radio personality Bill Bunkley, master of ceremonies for the event, told the crowd after the singing was done. "But now, quite frankly, we are called in a new direction."
And today, six years later, that dream has become a reality.
Last week, more than 600 Trailmen gathered at a conference center in north Georgia for the first Summer Adventure and Family Convention. Like the first meeting, the week began with the Trailmen and their families singing "In Christ Alone." TLUSA CEO Mark Hancock said, "That hymn has become something of a tradition for us."
Unlike that first Nashville meeting, which outlined a dream and a vision for an organization that existed mostly on paper, last week's event featured practical, boots-on-the-ground workshops. It also celebrated six years of rapid growth. Trail Life USA has grown from just an idea to nearly 30,000 members who gather weekly in 800 troops scattered in nearly all 50 states.
So where have those families come from, and why are they still coming?

In the early months of Trail Life USA, many new members had been Boy Scouts. On January 1, 2014, the first official day of TLUSA, about 200 troops were chartered almost immediately. Many of those early-adopters were former Boy Scout troops.
Among the high-profile Southern Baptist churches who have quit Scouting is Roswell Street Baptist Church, a megachurch in Marietta, Ga. Birmingham's Briarwood Presbyterian Church, considered by some the "mother church" of the Presbyterian Church in America, has also severed ties with the BSA.
In recent years, though, many new troops have come from churches that had no involvement with the Boy Scouts. And that brings us to the "why?"  Trailmen and their families say they want a quality, Christ-centered program for boys, and they've found it in Trail Life.
The motto of Trailmen is "Walk Worthy," an admonition that comes from Colossians 1:10, which reads, "Walk worthy of the Lord." While the Boy Scouts - historically, at least - have talked about "duty to God," they have left the definition of God open to interpretation. Trail Life USA is open to boys of all faiths, but adult leaders must sign an explicitly Christian statement of faith.
Speakers at last week's conference reflected the group's emphasis on family-centered spiritual growth. They included popular Christian radio host and author Dennis Rainey and Focus on the Family's Danny Huerta.
And the workshops also provided signs that Trail Life was no longer a dream, but a vital, growing organization. They included such topics as "Trail Life Connect Data Management System," "Trailmen with Special Needs," and "The Role of the TLUSA Board."