California Curriculum Shows The Price Of Complacency About BDS 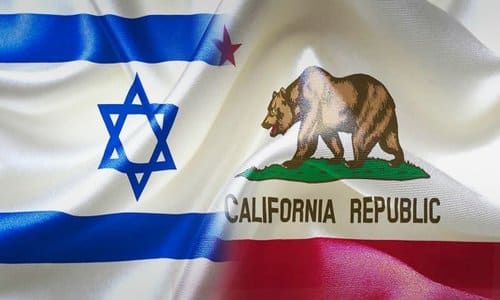 By Jonathan Tobin/JNS.org August 09, 2019
Share this article:
As far as leftist critics of the push against BDS is concerned, the effort to focus on it is out of proportion to any actual danger, and they think it distracts Jews from dealing with other threats that are more urgent and important.
The notion that BDS poses no real menace to the Jewish community is utterly bogus.
Proof of that comes from California where, as a JNS feature pointed out, an anti-Israel and anti-Semitic ethnic-studies curriculum being promulgated by the state of California has illustrated just where complacency about BDS can lead us.

The ethnic-studies model that has been proposed and is currently under review by the California Department of Education remains a watershed moment for the BDS movement. On the one hand, the proposal completely ignores the history and contributions of Jews as an ethnic and religious group in the United States.
On the other, it fully embraces a course of study about Arabs that views the Palestinian war on Israel solely from the point of view of those who wish to destroy the Jewish state.
Should this proposal be accepted by California and become part of a course to offer every high school student in the nation's most populous state, it would mean that Jews would be erased as a group from America's mosaic of immigrant groups while playing the role of bloodthirsty villains victimizing Palestinians.
Perhaps the most astonishing aspect of this curriculum is that it makes no effort to conceal or soft-pedal its bias against Jews. Israel is depicted as a colonial settler state whose creation was a "disaster" (the nakba), and those who fight against it, including figures who are open about their anti-Semitism such as Rep. Ilhan Omar (D-Minn.), Rep. Rashida Tlaib (D-Mich.), activist Linda Sarsour and the late academic Edward Said are heroes and role models to be emulated.
Not only does BDS--a movement grounded in the anti-Semitic effort to deny legitimacy to and destroy the one Jewish state on the planet--get favorable treatment, but the curriculum also includes mentions of anti-Semitic songs.

Its effort to fight stereotypes is predicated on the notion that any attempt to call attention to anti-Israel terrorism and efforts to eliminate the Jewish state is a form of prejudice, rather than a statement of the facts about a conflict the Palestinians refuse to end.
The curriculum is a product not merely of the successful efforts of a handful of influential anti-Israel academics, but of the intersectional ideology that spawned them, which treats the war on the Jewish state as analogous to the struggle for civil rights in the United States.
What impact would such a curriculum have on Jewish students?
As is the case on college campuses where BDS efforts have spread, Jews will be faced with a situation where to speak out in favor of Jewish rights and the Jewish state will subject them to opprobrium, isolation and bullying from both teachers and students. A hostile atmosphere will be created where Jewish identity is treated as inherently suspect, if not proof of white privilege that must be disavowed in order to find acceptance.
But as bad as the environment may be on some campuses where such sentiments prevail, it would be even worse for high school students, who are even more poorly equipped to fight back against this kind of anti-Semitism than those in college.
Fortunately, activists and state legislators have sounded the alarm about this proposal. The ethnic-studies courses that the state will be promulgating in California as a result of a 2016 law require a period of public comment and review before being finally approved next year.

Given the uproar, it is to be hoped that state officials will realize the mistake that they've made. This should mean that Jews won't be ignored in the new curriculum, and that the Arab-American studies will no longer read like Hamas propaganda.
But the larger point here is that the curriculum explodes the idea that BDS is irrelevant to the safety of American Jews.
Should American high school students be subjected to state-mandated courses that demonize Jews and Jewish rights while extolling those who promote anti-Semitism and commit violence against Jews, it will put a target on the back of every Jewish kid in the state, especially those who have the temerity to stand up against this pernicious campaign of hate.
While Americans should celebrate the great diversity of our nation, what is happening in California demonstrates how intersectional ideology can weaponize the term in order to trash Jews and Israel.
The exceptionalism that sets the United States apart from virtually every other nation on the planet is rooted in the fact that the vast majority of Americans are sympathetic to the Jewish people and Zionism. It is also because the government, in the words of George Washington in his 1790 letter to the Jewish community of Newport, R.I., gives to "bigotry, no sanction, to persecution no assistance," with respect to the Jews.
The proposed California curriculum's support for BDS would give the lie to that pledge.
The curriculum must not only be rejected; the controversy itself should also serve as a wakeup call to Jews and decent persons of all faiths. The real lesson is that the need to fight BDS and its left-wing variant of anti-Semitism is no minor issue and, in fact, must be a priority if we are to preserve the promise of American liberty.
Originally published at JNS.org - reposted with permission.