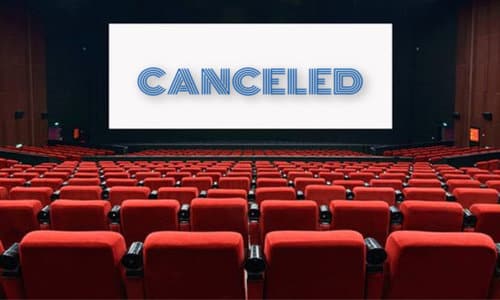 By Daisy Luther/Organic Prepper August 13, 2019
Share this article:
Last week, we reported that Universal Studios was releasing an inflammatory movie called "The Hunt," in which "liberal elites" hunted and brutally murdered so-called "MAGA types."
After a massive public outcry, Universal today announced that they've canceled their plans to release the "satirical film" in September.
This comes after the studio temporarily halted marketing following two politically motivated mass shootings in one weekend.

The statement from Universal
The official website for the movie has only the following statement.
While Universal Pictures had already paused the marketing campaign for The Hunt, after thoughtful consideration, the studio has decided to cancel our plans to release the film. We stand by our filmmakers and will continue to distribute films in partnership with bold and visionary creators, like those associated with this satirical social thriller, but we understand that now is not the right time to release this film.
Variety reports:
Insiders tell Variety that the studio came to the decision alongside "The Hunt" filmmakers. They also said it was a tough decision for the company, but studio leadership ultimately determined that the film could wait.
Perhaps their decision had something to do with all the people who vowed to boycott the film - and even other films by Universal - after hearing about the outrageously divisive plot of the movie.
What was the movie about?
The "satirical" movie was initially titled Red State vs. Blue State.
The violent, R-rated film from producer Jason Blum's Blumhouse follows a dozen MAGA types who wake up in a clearing and realize they are being stalked for sport by elite liberals...
The Hunt stars Betty Gilpin from GLOW and Hilary Swank, representing opposite sides of the political divide. It features guns blazing along with other ultra-violent killings as the elites pick off their prey. The script from Damon Lindelof and Nick Cuse reviewed by The Hollywood Reporter revolves around third-rail political themes.

As I wrote previously, this kind of movie would only be made with conservatives as the bad guy.
The horrifying plot features liberal "elites" who go to a resort called The Manor where they are able to hunt down and brutally murder a dozen "deplorables..."
Imagine if the shoe was on the other foot and "liberal snowflakes" were being hunted by a bunch of red-hat wearing rednecks. The media would go wild and reasonably so.
But when conservatives are in the crosshairs? Crickets.
The controversial film was divisive back in May 2018 when film chief Donna Langley acquired the script and fast tracked it on a $18 million budget.
The nation dodged a bullet.
In a country where teenagers eat Tide pods and try to go viral on social media by recording themselves urinating on or licking food, it's no stretch of the imagination that a movie with this type of plot could easily incite politically-motivated violence.
Many people are already expecting the next election to be even more divisive than the last one.

Who can forget the hostility during the 2016 election? The battle between Hillary Clinton and Donald Trump caused the ends of friendships, strained family relationships, and set the tone for an angry new "normal" in the United States.
And Steve Bannon, who was in the thick of the fray, predicts that this next election will be even worse ... and that the problems will start this year, in 2019...
As bad as the previous election was for the morale of our country, Steve Bannon believes that the 2020 election will be even worse. He voiced his thoughts during an interview with CBS...
"I think that 2019 is going to be the most vitriolic year in American politics since before the Civil War," Bannon said in an interview with CBS News correspondent Seth Doane on Saturday. "And I include Vietnam in that. I think we're in, I think we're in for a very nasty 2019."
We already know things are going to get bad during the 2020 election cycle. At least now someone has shown the common sense not to fan the flames with a movie that glamorizes the brutal murder of one's political opponents.
Originally published at The Organic Prepper - reposted with permission.