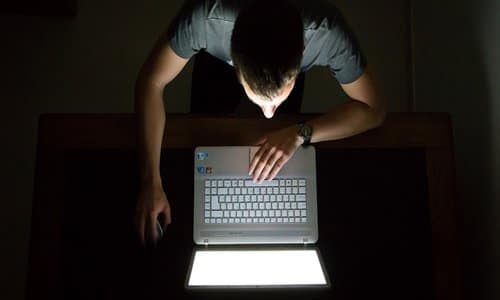 By Jonathon Van Maren/Bridgehead.ca August 19, 2019
Share this article:
For the past several years now, I have been highlighting the connections between sexual violence and pornography in presentations, radio debates and interviews, one book, and dozens of columns.
Most recently, for example, I took a look at the stomach-churning new statistics that indicate that a quarter of women in the United States feel fear during intimacy due to the threat of porn-inspired choking. It seems like every month, new evidence that pornography is silently transforming our society emerges--and very few people notice, because very few people pay attention.

The conclusion of the study should definitively silence those who claim that the porn epidemic among young people is harmless:
The current study examined the association of violent pornography exposure with different forms of teen dating violence (TDV) using baseline survey data from a sample of Grade 10 high school students who reported being in a dating relationship in the past year.
Gender-stratified logistic regression models generated odds ratios adjusted for demographics, substance use, history of suspension/expulsion, gender equitable attitudes, and tolerance of rape myths to identify significant associations between violent pornography exposure and self-reported physical, sexual, and threatening TDV perpetration and victimization.
Violent pornography exposure was associated with all types of TDV, though patterns differed by gender. Boys exposed to violent pornography were 2-3 times more likely to report sexual TDV perpetration and victimization and physical TDV victimization, while girls exposed to violent pornography were over 1.5 times more likely to be perpetrate threatening TDV compared to their non-exposed counterparts.
Comprehensive prevention strategies for TDV may consider the potential risks associated with exposure to violent pornography, particularly for boys, and provide an alternative source of education about healthy sexual behavior and relationships.
To summarize: teenage boys exposed to violent pornography are two to three times more likely to victimize girls, primarily through some form of sexual assault. Now consider the fact that boys have a 90% chance of being exposed to pornography before the age of 18, and that the most popular forms of porn feature horrifying violence against women and girls.

This study confirms what we've already known for years: That teenage use of pornography is directly linked to sexual assault and sexual violence. (I make that distinction because many teenagers are now experimenting with sexually violent behavior that has been mainstreamed by pornography consensually, which is another piece of evidence that indicates how profoundly pornography has began to change the way we see sexuality and relationships.)
To those of you with sons: Please, please talk to your boys about pornography. Begin a healthy conversation with them about real sexuality. To those of you with daughters: Please do the same, and also warn them about the dangers of dating boys who use pornography.
For those of you who don’t know where to start, check out this conversation I had with the author of Good Pictures, Bad Pictures on how to porn-proof your family and your home on my podcast - it is tremendously practical. I could tell you dozens of stories from high schools across North America that I have been told first-hand about how pornography has made teenage relationships a war zone. You do not want your children to become casualties.
Another great resource for defeating pornography is the Conquer Series - available here.
Originally published at The Bridgehead - reposted with permission.